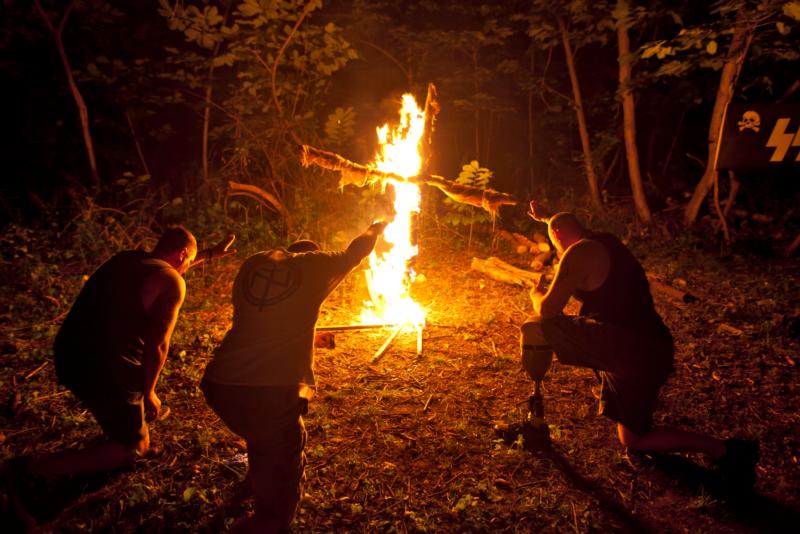 BIRMINGHAM, Ala. (CNS) — To describe how racism can be dissolved, Ghanaian Cardinal Peter Turkson, president of the Pontifical Council for Justice and Peace, referred to Zulu greetings in his March 3 message to an Alabama conference.

“The healing of racism begins in our own hearts. How our hearts would be shaped if everyone learned to greet each other in the Zulu manner!” Cardinal Turkson said in the message, which he called “A Word of Encouragement” to the “Black and White in America: How Deep the Divide?” conference taking place March 3-4 in Birmingham.

The effect of racism, by contrast, is “to render people invisible, and from that follows the denial of human dignity, then loss of identity, then personal despair, then social and political distrust,” he added. “It unleashes a host of ills that have penetrated into every facet of life.”

The contrast “invites us to self-examination,” Cardinal Turkson said. “How often do I overlook people who differ from me and my kind? Do my biases cloud my ability to fully see another person in his or her full human dignity? Admitting my failure to see the other as human is to begin the struggle to vanquish unconscious bias and interpersonal racism.”

Cardinal Turkson also borrowed from the two popes, the U.S. bishops, a former president and even a Broadway show tune to hone his message.

He quoted from Pope Benedict XVI’s encyclical, “Deus Caritas Est” (“God Is Love”), in which the now-retired pontiff said, “Jesus’ program is ‘a heart which sees.’ This heart sees where love is needed and acts accordingly.”

“Love, says Pope Francis, brings them back in,” Cardinal Turkson added, quoting from remarks the current pope made during a 10th anniversary celebration of “Deus Caritas Est”: “From charity we learn how to see our brothers and sisters and the world. ‘Ubi amor, ibi oculus,’ say the Medievals: Where there is love, there is the ability to see.”

“Almost 30 years ago, the American Catholic bishops stated, ‘Racism is not merely one sin among many; it is a radical evil that divides the human family and denies the new creation of a redeemed world. To struggle against it means an equally radical transformation, in our own minds and hearts as well as in the structures of our society.'”

Saying that children “can readily accept differences,” but also can “be taught to hate,” the cardinal cited the “terrible lines” from a song from the musical “South Pacific” about the inculcation of racism: “You’ve got to be taught before it’s too late, before you are six or seven or eight, to hate all the people your relatives hate, you’ve got to be carefully taught!”

Adopting his own voice, Cardinal Turkson said, “Racism excludes its victims form the basic resources they need. Among these are decent housing, a good education, jobs for those who can work, upbringing for the young and care for the elderly.”

He later quoted from Abraham Lincoln’s second inaugural address, when Lincoln “so eloquently bemoaned ‘all the wealth piled by the bondsman’s 250 years of unrequited toil.'”

“Let us work to remove the personal and systemic barriers of racism that prevent us from ‘seeing’ the brothers and sisters whom God created equal in his image and likeness,” Cardinal Turkson said.

PREVIOUS: U.S. architect recalls events that led him to design chapel at Vatican

NEXT: Burns: Church must ‘remain vigilant’ to protect children from ‘scourge of abuse’