Need for church role seen in shortcomings of U.S.-Cuba relations 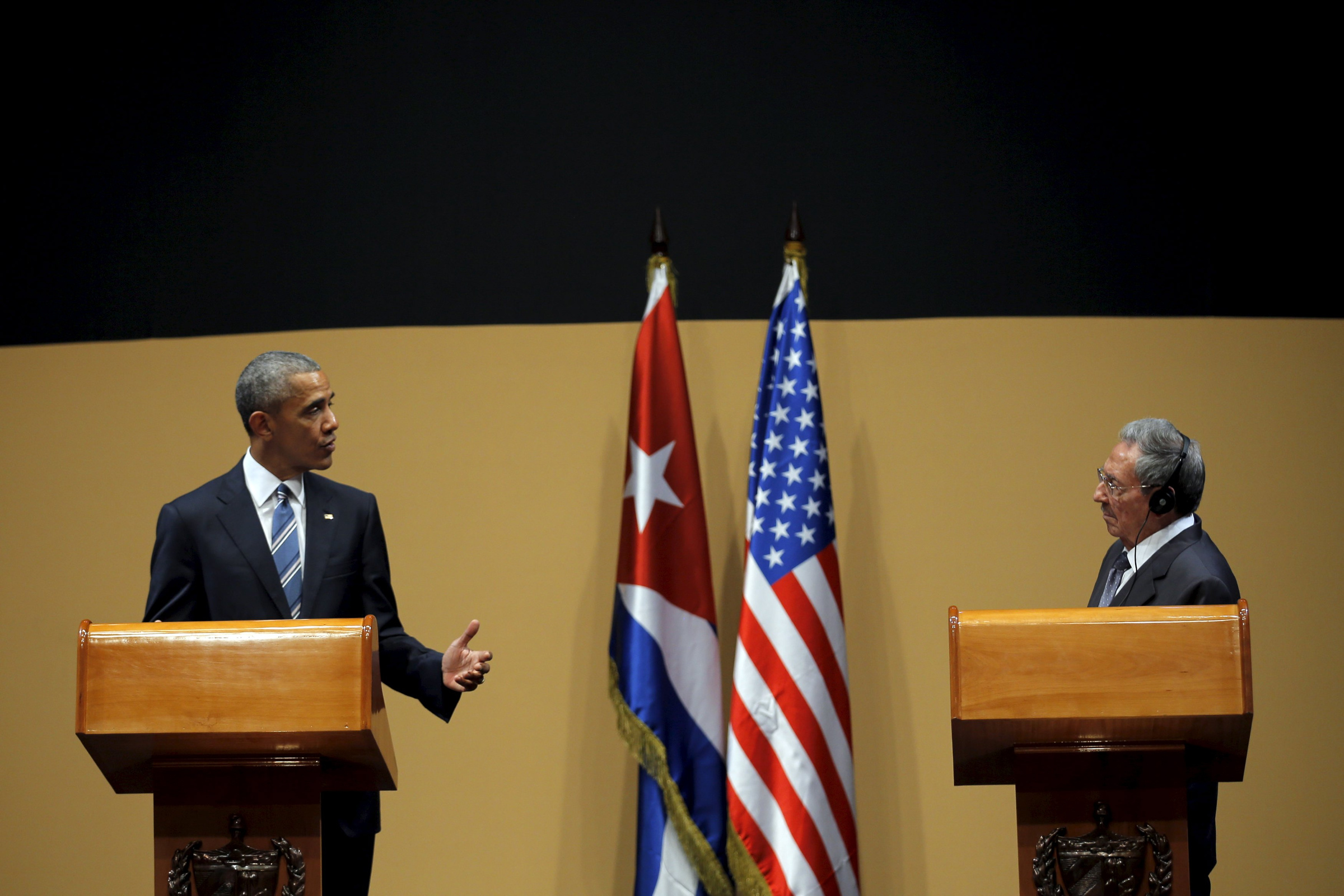 WEST PALM BEACH, Fla. (CNS) — The first U.S. presidential visit to Cuba in almost 90 years and the diplomatic dysfunction on display over human rights concerns there underscores the need for the church to be a viable alternative to helping the Cuban people, according to one observer.

“There is no question there are tremendous differences between both countries, and the normalization process will now move very slowly with the U.S. presidential election underway this year,” said Andy Gomez, retired assistant provost and dean of international studies at the University of Miami, where he was a senior fellow at the university’s Institute for Cuban and Cuban-American Studies.

Gomez, his wife and several hundred South Florida Catholics traveled to Cuba last September in support of the historic visit of Pope Francis to the island.

Gomez spoke to Catholic News Service from Arizona where he was to talk to college and university educators about the pros and cons of U.S. student study travel programs to Cuba.

During an awkward news conference March 21 with President Barack Obama at Cuba’s Revolutionary Palace in Havana, Cuban President Raul Castro bristled at a reporter’s questions on the issue of political prisoners and human rights violations in Cuba, denying that there were any such violations or that the country has any political prisoners. In his remarks Obama raised objections to arbitrary imprisonment of Cuban dissidents.

Raul suggested that the U.S. economic embargo of Cuba and the naval basal at Guantanamo Bay were the impediments to better relations.

“Clearly Raul felt flustered and upset and was unprepared for opposition and questions,” Gomez told CNS, noting that Castro retorted that Cuban and U.S. definitions of human rights are simply different.

“But wait a minute: Isn’t there an international definition of human rights?” Gomez said, expressing frustration at the intractable situation.

“It is time for some of our leadership in the Catholic Church to take a stronger stand with the Cuban government and demand more; it is time to stop dancing around them,” Gomez said, adding that recent openings for U.S. business to operate in Cuba are highly selected and of limited value to the Cuban people and to U.S. business.

American hotel and cruise ship companies announced some new business arrangements with Cuba in tandem with Obama’s historic three-day visit to Cuba. The president arrived in Havana the evening of March 20.

“Cuba is looking to the Americans for tourism business and they will be very selective on what other foreign investments from America they will allow; lawyers and business leaders here are telling me the risks are still great,” Gomez said.

He maintains a personal relationship with a parish-based charitable outreach to the poor in the Old Havana district in Cuba.

Gomez thinks more parishes in Cuba could be the best setting to host “after-school programs, teach catechism, discipline, civic values and things that in the long run will help families.”

“Providing very basic needs for the Cuban people across the island and providing hope is where the Catholic Church can help at the diocesan and parish level, and I would like to see the church get more priests and nuns into Cuba, because some of the non-Catholic churches are moving a little faster than we are and are gaining popularity.”

Gomez said he planned to tell his academic audience in Arizona that it is a generally beneficial for Americans and U.S. students to travel to Cuba on study programs but that they need to understand that they are entering a totalitarian regime.

Peter M. Sanchez, a graduate program director of political science at Loyola University Chicago and an expert on Latin American politics, said that this week’s diplomatic mission to Cuba led by President Obama was probably destined to fall short of real progress.

“While these are all good efforts at breaking the impasse from the past, U.S.-Cuba relations are still seriously hampered by the U.S. economic sanctions which Congress has the power to lift but probably won’t in the near future,” Sanchez told CNS.

“The U.S. wants compensation for assets nationalized after the Cuban revolution and Cuba argues that the U.S.-sponsored Bay of Pigs invasion of 1961, along with the long-standing economic sanctions, have done much more economic harm to Cuba than the cost of the nationalized assets.”

This issue can be resolved but it will most likely not be resolved unless we have a Congress that backs a president who wants to end the economic sanctions, Sanchez added.

Enrique S. Pumar, an associate professor and chair of the Department of Sociology at The Catholic University of America in Washington, told CNS in an email reply that with the Obama visit, both the U.S. and Cuba “have placed economic and political interests ahead of human rights and more normative concerns. The Obama administration seems to believe that intense commercial relations will change Cuba.”

“The U.S. should pressure the Cubans more directly about democracy and human rights now that they have leverage despite the imperfections of our interpretations on these issues,” Pumar said.

He also said that there is no evidence that increased commercial relations will benefit the Cuban people directly “at least for now.”

Pumar said about 70 percent of the Cuban economy is controlled by the state, as are the labor markets. Average Cuban citizens are “not free to search for jobs on their own,” he said, explaining they must go through state agencies “and the state determine their salaries.”

“Under these conditions, more trade will benefit foreign investors and the Cuban elite,” he added.

Vicky Machado, a doctoral student at the University of Florida in Gainesville who traveled to Cuba with other young adults last year to greet Pope Francis in Havana, said she is glad to see the official conversations on human rights as well as climate change taking place between the U.S. and Cuba.

“I think more dialogue is required in order to spark change and I am hopeful that this change will be for the better — benefiting both the U.S. and the Cuban people,” said Machado, a Fort Lauderdale native who has been active in Pax Christi and the Catholic Worker House for the homeless in Gainesville.

“We all share this world and climate change is proving to be a reality for everyone. It is about time our leaders come together to address such common issues,” she said. “I can only hope that in this dialogue on environmental justice and human rights can come to the forefront.”

NEXT: Ultimate relief from mandate may lie beyond the courts, say plaintiffs