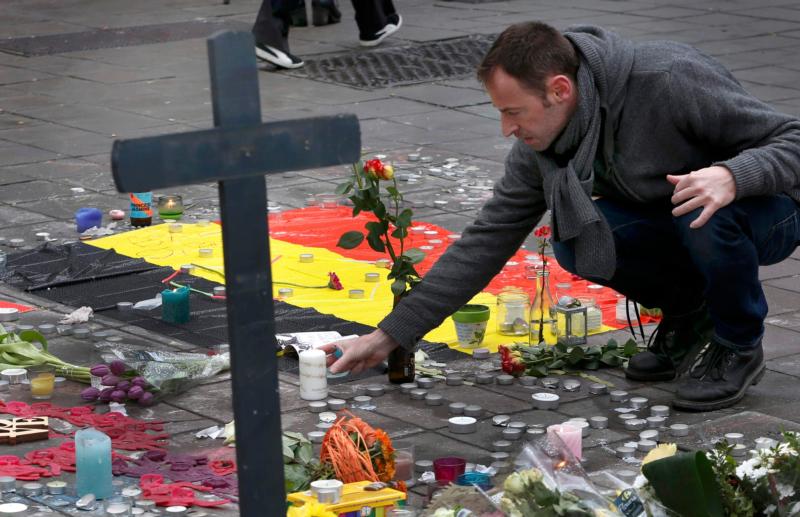 VATICAN CITY (CNS) — Assuring his prayers for the victims and families of the terrorist attack in Brussels, Pope Francis condemned the “cruel abominations” and prayed for the conversion of those who adhere to violent fundamentalism.

“To all, I ask that you persevere in prayer and in asking the Lord in this Holy Week to comfort the hearts of the afflicted and to convert the hearts of those people taken in by cruel fundamentalism,” the pope said at the end of his weekly general audience in St. Peter’s Square March 23.

Saying he followed the tragic news of the bombings with a “sorrowful heart,” the pope expressed his closeness to “the dear people of Belgium, to all the families of the victims and to all the wounded.”

“I renew an appeal to all people of good will to unite in the unanimous condemnation of these cruel abominations that have caused only death, terror and horror,” he said.

After his appeal, the pope led the people in the square in praying a “Hail Mary” for those affected by the terrorism, followed by a moment of silence for “the dead, the wounded, the families and for all the Belgian people.”

Three nearly simultaneous attacks — two at the Brussels airport and one on the Brussels area of Maalbeek, near where much of the European Union is based — left at least 34 dead and more than 200 people injured. The Islamic State group claimed responsibility for the attacks.

Contributing to this story was Jonathan Luxmoore in Oxford, England, and Cindy Wooden at the Vatican.

NEXT: Amid prayer and fear, Muslim refugee family thanks pope for help