‘Laudato Si” at one year: Catholics inspired to act on climate change 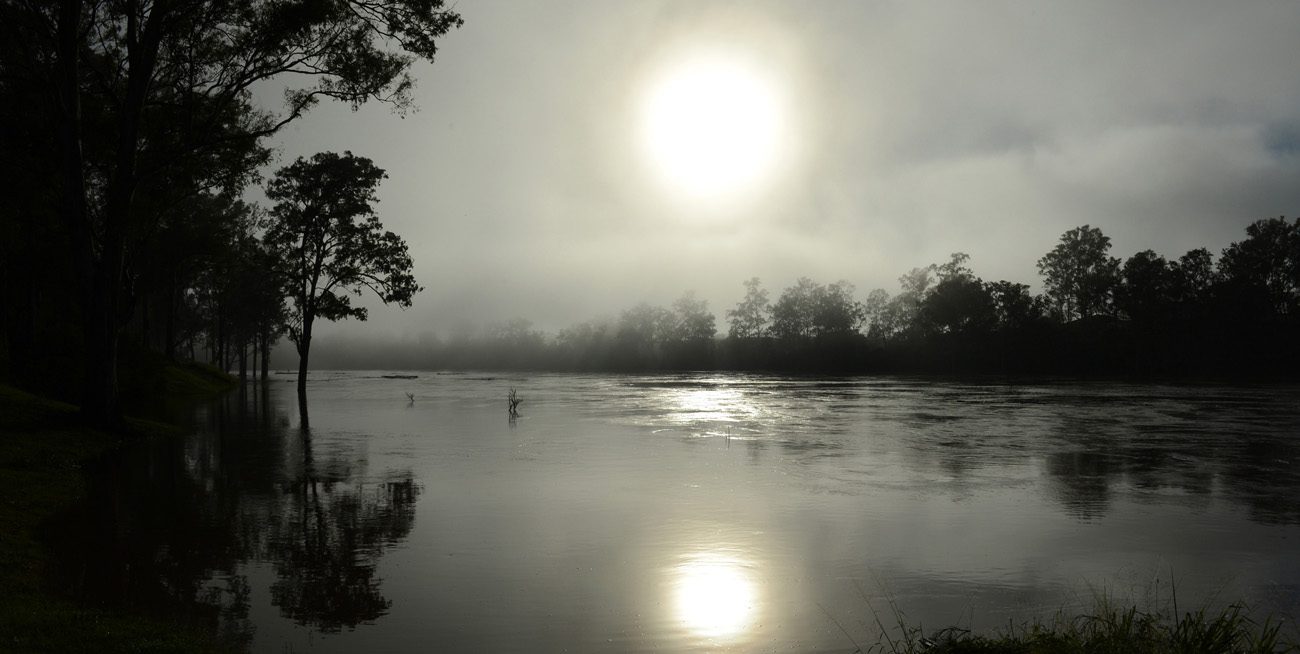 Early morning sun rises through the fog in 2013 over the swollen Brisbane River in Australia. During the last year, Australian parishes and schools have integrated "green" practices into everyday life to reduce energy consumption in response to Pope Francis' environmental encyclical. (CNS photo/Dan Peled, EPA)

WASHINGTON (CNS) — Thinking green is not easy. Nor is it always cheap.

But for St. Michael Parish in Poway, California, north of San Diego, parishioners are already seeing the benefits — spiritual, financial and environmental — of a $1.3 million investment in a solar panel system.

In the year since the panels were installed on several buildings across the 26-acre church property, the parish has seen its electricity costs fall by more than 75 percent to about $5,000 a month from $20,000 to $22,000 monthly, said Father John Dolan, pastor. At the current rate, the system will pay for itself within six years, he said.

What’s better, Father Dolan told Catholic News Service, is that parishioners know that their church is part of a planet-wide movement in response to Pope Francis’ year-old encyclical, “Laudato Si’, on Care for Our Common Home,” that calls upon everyone to better care for God’s creation and one another.

“People are buying into this,” Father Dolan said, explaining how topics on the environment and sustainability come up in parish conversations, even during coffee-and-doughnut gatherings after Sunday Mass. “We have to think on a global level. This is no longer just a regional thing. We have to reach into this call to stewardship. We have dominion over the world and not domination.”

The publication of the encyclical last June 18 helped boost the Diocese of San Diego’s recommendation that all parishes install solar power systems. With 98 parishes and 89 schools, the effort is more than symbolic. The diocese reported that more than 50 entities are seeking bids on solar projects or solar power purchase agreements.

San Diego is not alone in embracing the pope’s call to dialogue and action cited in the encyclical. Catholic organizations around the world have formed study groups, planted gardens, written broad action plans to reduce energy and water consumption, developed curricula and produced webinars to bring the principles Pope Francis expresses in “Laudato Si'” to life.

The Archdiocese of Atlanta has adopted a wide-ranging action plan that touches every aspect of church life. It identifies steps such as ridding the chancery of plastic foam cups and bowls, teaching catechists about the document, retreats on sustainability, workshops on developing a parish garden and helping people that their buying habits matter, said Kat Doyle, archdiocesan director of justice and peace ministries.

“The reason we came up with an action plan is because nothing is going to change if we don’t take action,” Doyle explained.

The Atlanta plan has caught the eye of Jacqui Remond, national director of Catholic Earthcare Australia. She has submitted it to the country’s bishops and archbishops, encouraging them to adopt a similar plan for the country’s 28 dioceses and archdioceses.

Such a plan can be the basis for formation of people in how they see their role on the planet, Remond told CNS.

“It’s a whole agenda of work that’s been handed to us in ‘Laudato Si’. We have clarity of purpose, a sense of direction and guiding principles and charisms in terms to take this forward,” she said.

During the last year, Australian parishes and schools have integrated “green” practices into everyday life to reduce energy consumption and parishioners are talking with each other about how to respond to the pope’s document.

In Ireland, the Catholic aid agency Trocaire has taken the encyclical to parish justice and peace groups and schools in an attempt to build awareness and action in response to it. In a commentary on the document available to parishes, Trocaire explains how people of faith have a responsibility to minimize their contribution to climate change and understand how the phenomenon affects the world’s poorest people.

“We’re seeing, I think, a very positive effort to make sure that ‘Laudato Si” is not a one-day wonder or even a one-year wonder, but that it is something that is sustained within the church and promoted as part of the work of the church,” said Eamonnn Meehan, executive director.

Likewise in the U.S., Catholics are experiencing a growing awareness of climate change. A Center for Applied Research in the Apostolate poll conducted in May 16-26 found that Catholic adults are more likely to be concerned about climate change than other Christians.

The poll discovered that 68 percent of Catholics felt they have a moral responsibility to act to mitigate climate change. In contrast, 65 percent of other Christians and 59 percent of evangelicals held a similar view. The margin of error among the 1,010 Catholic respondents is plus or minus 3.1 percentage points.

Dan Misleh, executive director of the Catholic Climate Covenant, told CNS that people want to act on climate change and he credits “Laudato Si'” for that willingness to step up because of their faith.

“People are wanting to know how they can implement these teachings. How do we lower our carbon footprint? How do we take better care of creation? How do we ensure that those who are most impacted by environmental degradation and climate change are made whole?” Misleh said.

During a June 13 teleconference discussing Catholic activities related to the encyclical over the last year, Bishop Oscar Cantu of Las Cruces, New Mexico, chairman of the U.S. bishops’ Committee on International Justice and Peace, said the pope’s message has been shared with more than 100 members of Congress or congressional staff members.

The bishops also have supported the global climate agreement reached in December in Paris and the Green Climate Fund to assist poor countries respond to climate change, he said.

Clergy are a key audience, Bishop Cantu said, because they can influence the work being done at parishes on climate change. The USCCB has developed training modules and is hoping to reach 30 dioceses and 500 priests by 2019.

Hundreds of other efforts underway include:

— Catholic Relief Services launched the “I Am Climate Change” campaign for students on college campuses and introduced new ways to confront climate change to subsistence farmers and communities displaced by drought and environmental degradation.

— The Virginia Catholic Conference focused on the threat of rising sea tides in coastal communities and lobbied for passage of a bill that would help communities affected by flooding.

— The Ignatian Solidarity Network is unrolling the Carbon Challenge program to schools nationwide. Developed by three Maine high school teachers, the challenge allows students to engage in the encyclical through eight themes. Through mid-June, 16 schools involving more than 1,000 individuals had signed to participate in the challenge for the 2016-2017 school year.

— Religious orders, including missionary orders, are taking the encyclical into the communities in which they minister, adopting corporate action plans, developing policies regarding divestment in fossil fuels and widening education on the encyclical.

— The Archdiocese of Chicago adopted a plan to assess and reduce energy and water consumption in all 2,700 archdiocesan buildings.

— As part of the Healthier Hospitals Initiative, SSM Health in St. Louis has diverted more than 20 percent of its waste to recycling, reduced overall energy consumption, maintained or decreased air emissions throughout its system and implemented a more environmentally friendly equipment sterilization process.

Contributing to this report in Washington were Colleen Dulle, Ana Franco-Guzman, Allana Haynes and Nicolette Paglioni.

NEXT: Parish reaches out to Nebraska family after deadly alligator attack