Parish reaches out to Nebraska family after deadly alligator attack 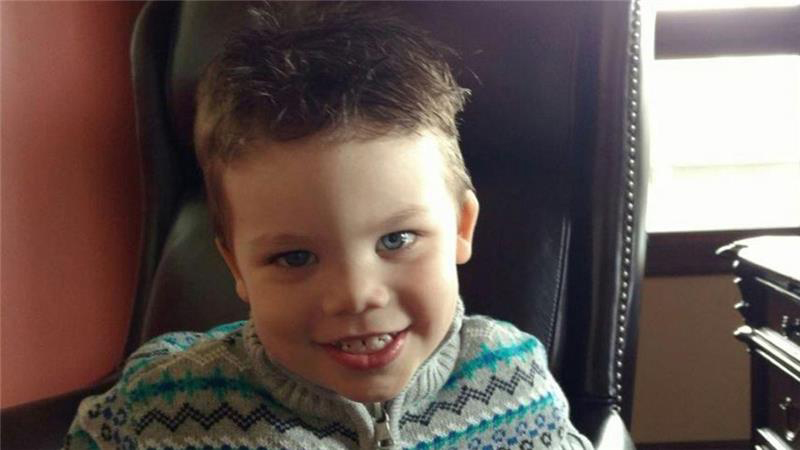 Lane Graves, 2, is pictured in a recent photo. The boy and his family were visiting Walt Disney World in Orlando, Fla., when he was dragged by an alligator into a lagoon at the resort the night of June 14. The boy's body was found June 15. The Graves family belongs to St. Patrick's Catholic Parish in Elkhorn, Neb. (CNS photo/Orange County Sheriff's office)

OMAHA, Neb. (CNS) — Members of St. Patrick Parish in Elkhorn prayed June 16 for Lane Graves, a 2-year-old boy killed in an alligator attack in Florida, his father and mother, Matthew and Melissa, and sister, 4-year-old Ella, during a regularly scheduled morning Mass and special rosary.

On vacation at a Walt Disney World resort in Orlando, the family was relaxing June 14 near a play area when the alligator grabbed Lane as he waded at the edge of a lagoon, authorities said. His father fought the alligator and his mother called for help, but their son disappeared under the water. Lane’s body was found about 18 hours later, near the shore where he was dragged off.

The Graves are members of the parish in Elkhorn, and Ella attended preschool at St. Patrick School.

Father Gary Ostrander, pastor, said 100 to 150 people attended the Mass, which was followed by the rosary for the family.

“We were all remembering in our prayers, the family,” Father Ostrander told the Catholic Voice, newspaper of the Omaha Archdiocese.

The parish posted on its website — www.stpatselkhorn.org — information for offering memorials or Mass intentions in Lane Graves’ name.

“Please honor their privacy at this time and keep them in your prayers,” parish officials said in the posting.

Funeral arrangements have not been announced.

In Florida, news reports said Disney World closed all of its beaches June 16 so staff members could conduct “a swift and thorough review of all our processes and protocols,” including looking at warning signs posted around the property. A sign near the lagoon warned guests not to play or swim in the water, but made no mention of alligators.

“As a parent and a grandparent, my heart goes out to the Graves family during this time of devastating loss,” Disney chairman and CEO Bob Iger said in a statement of condolence to the family. “My thoughts and prayers are with them, and I know everyone at Disney joins me in offering our deepest sympathies.”

Editor’s Note: Memorials or Mass intentions can be made in Lane Graves’ name on line via the parish website, www.stpatselkhorn.org, or through the mail to St. Patrick Parish, 20500 West Maple Rd. Elkhorn, NE 68022.

PREVIOUS: ‘Laudato Si” at one year: Catholics inspired to act on climate change

NEXT: Chairman, witnesses at hearing look at threats to religious freedom