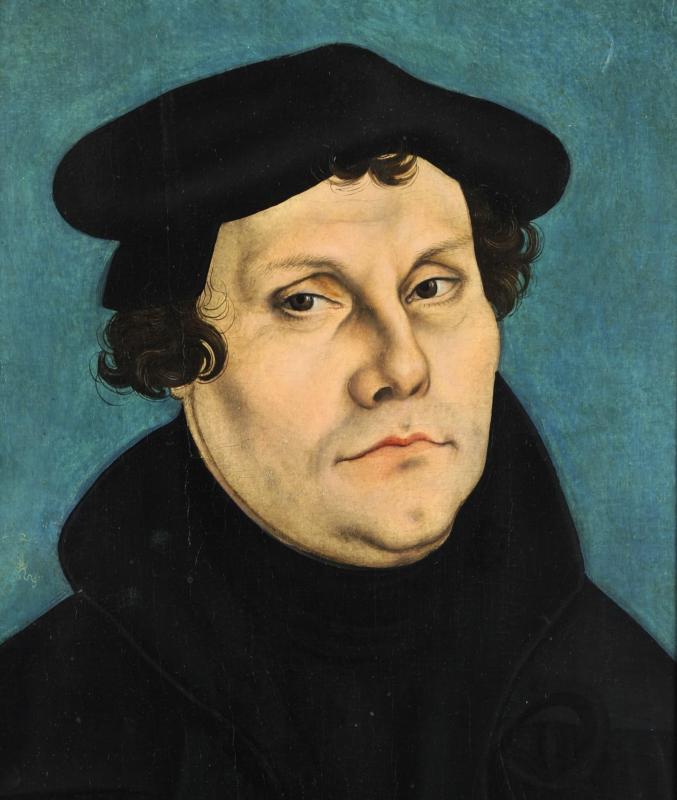 OXFORD, England (CNS) — Germany’s Catholic bishops praised Martin Luther, who started the Protestant Reformation, as a “Gospel witness and teacher of the faith” and called for closer ties with Protestants.

In a 206-page report, “The Reformation in Ecumenical Perspective,” Bishop Gerhard Feige of Magdeburg, chairman of the German bishops’ ecumenical commission, said the “history of the Reformation has encountered a changeable reception in the Catholic Church, where its events and protagonists were long seen in a negative, derogatory light.”

“While the wounds are still felt to the present day, it is gratifying that Catholic theology has succeeded, in the meantime, in soberly reconsidering the events of the 16th century,” he said in the report, published Aug. 9 by Germany’s Bonn-based bishops’ conference.

Bishop Feige said the “history and consequences” of the Reformation would be debated during its upcoming 500th anniversary, but added that there was consensus that previous mutual condemnations were invalid.

“Memories of the Reformation and the subsequent separation of Western Christianity are not free from pain,” Bishop Feige said. “But through lengthy ecumenical dialogue, the theological differences rooted in the period have been re-evaluated — as is documented in the work presented by our ecumenical commission.”

The bishops’ report said the “Catholic Church may recognize today what was important in the Reformation — namely, that Sacred Scripture is the center and standard for all Christian life.”

“Connected with this is Martin Luther’s fundamental insight that God’s self-revelation in Jesus Christ for the salvation of the people is proclaimed in the Gospel — that Jesus Christ is the center of Scripture and the only mediator.”

The Reformation is traditionally dated from the October 1517 publication of Luther’s 95 Theses, questioning the sale of indulgences and the Gospel foundations of papal authority. Luther was excommunicated by Pope Leo X in January 1521 and outlawed by Holy Roman Emperor Charles V.

The German bishops describe Luther as “a religious pathfinder, Gospel witness and teacher of the faith,” whose “concern for renewal in repentance and conversion” had not received an “adequate hearing” in Rome. They said the reformer’s work still posed a “theological and spiritual challenge” and had “ecclesial and political implications for understanding the church and the magisterium.”

The report said a joint Catholic-Lutheran statement in 1980 commemorating the Augsburg Confession, which set out the new Lutheran faith, had been crucial in bringing churches closer, while another ecumenical statement in 1983, on the 500th anniversary of Luther’s birth, had started an “intensive engagement” with the reformer’s work.

A historic 1999 joint declaration on the doctrine of justification was a “milestone in ecumenical dialogue,” the report said, by recognizing that remaining differences should “no longer have a church-dividing effect.”

The bishops’ report includes June 2015 conciliatory letters between the German bishops’ conference president, Cardinal Reinhard Marx, and Lutheran Bishop Heinrich Strohm, president of the Evangelical Church of Germany, outlining plans for a 2017 ecumenical pilgrimage to the Holy Land and a Lent service devoted to “healing memories.”

In an Aug. 11 interview with CNS, the ecumenical commission’s deputy chairman, Bishop Heinz Algermissen of Fulda, said Catholic-Lutheran ties had improved since the Second Vatican Council, but that churches must work for “visible unity, not just reconciled diversity.”

“This means not only praying together, but meeting the challenge of speaking with one voice as Christians when we are all challenged by aggressive atheism and secularism, as well as by (radicalized) Islam. Otherwise we will lose more and more ground,” he said.

“In commemorating the Reformation, we cannot just see it as a jubilee, but should also admit our guilt for past errors and repent on both sides for the past 500 years,” he added.

Catholics make up 29 percent of Germany’s 82 million inhabitants, with the Evangelical Church of Germany accounting for 27 percent, although all denominations have faced declining membership.

NEXT: France increases security around Lourdes for national pilgrimage