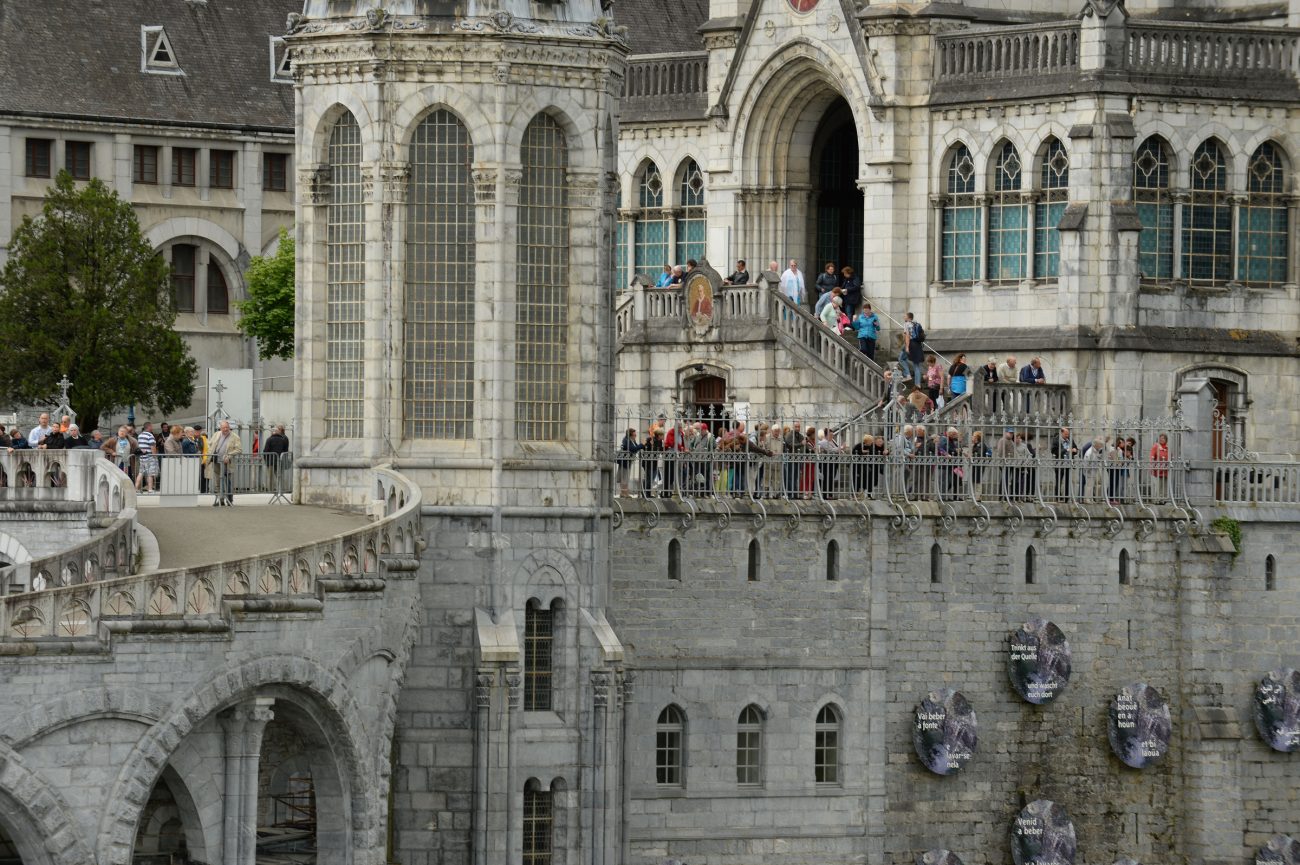 People visit the Catholic sanctuary in Lourdes, France, in this 2013 file photo. French police and military officials have launched a special security operation for the country's national pilgrimage to the Marian shrine, following the killing of a Catholic parish priest in a spate of terrorist attacks. (CNS photo/Caroline Blumberg, EPA)

LOURDES, France (CNS) — French police and military officials have launched a special security operation for the country’s national pilgrimage to Lourdes, following the killing of a Catholic parish priest in a spate of terrorist attacks.

Up to 30,000 Catholics are expected to join the national pilgrimage, led by Cardinal Philippe Barbarin of Lyon. The pilgrimage will include services and processions at 22 churches and chapels over the 128-acre site and culminate in Aug. 15 Masses for the feast of the Assumption.

Mathias Terrier, information director of the Diocese of Tarbes and Lourdes, said Catholic representatives had agreed to the new arrangements in cooperation with local authorities and security services. He said the “discreet but effective” measures could remain in place indefinitely at the Marian shrine.

“It’s our duty and responsibility to take account of the complicated current context by ensuring pilgrims are well received,” he said in a televised statement. “We have the experience and capacity to manage the necessary logistics.

“We’ve been very much affected, collectively, by what’s happened,” he said. “This is a time when great numbers of people arrive from around the world — and security is clearly essential if we’re to welcome them calmly.

“This is a place of serenity, peace and prayer — and it will remain so, whatever happens,” he added.

Lourdes, close to the Pyrenees mountains, attracts around 5 million visitors annually and has been a place of pilgrimage since 1858, when 14-year-old St. Bernadette Soubirous experienced the first of 18 visions of the Virgin Mary.

More than 7,000 miracles have been claimed at the shrine, which is famed as a place of healing. Sixty-eight cures have been confirmed as scientifically inexplicable by its International Medical Committee.

Beatrice Lagarde, an official of the prefecture of Hautes-Pyrenees, said there were no plans to cancel the national pilgrimage and that changes had been kept to a minimum.

In a website statement, the Lourdes shrine said available access routes had been restricted from 12 to three and advised pilgrims to arrive early for the weekend events.

The increased security follows a July 14 truck attack on Bastille Day celebrations in Nice and the July 26 murder of Father Jacques Hamel, 85, in a church in northern France.

NEXT: For pope, Mother Teresa is model of mercy at work, fueled by prayer