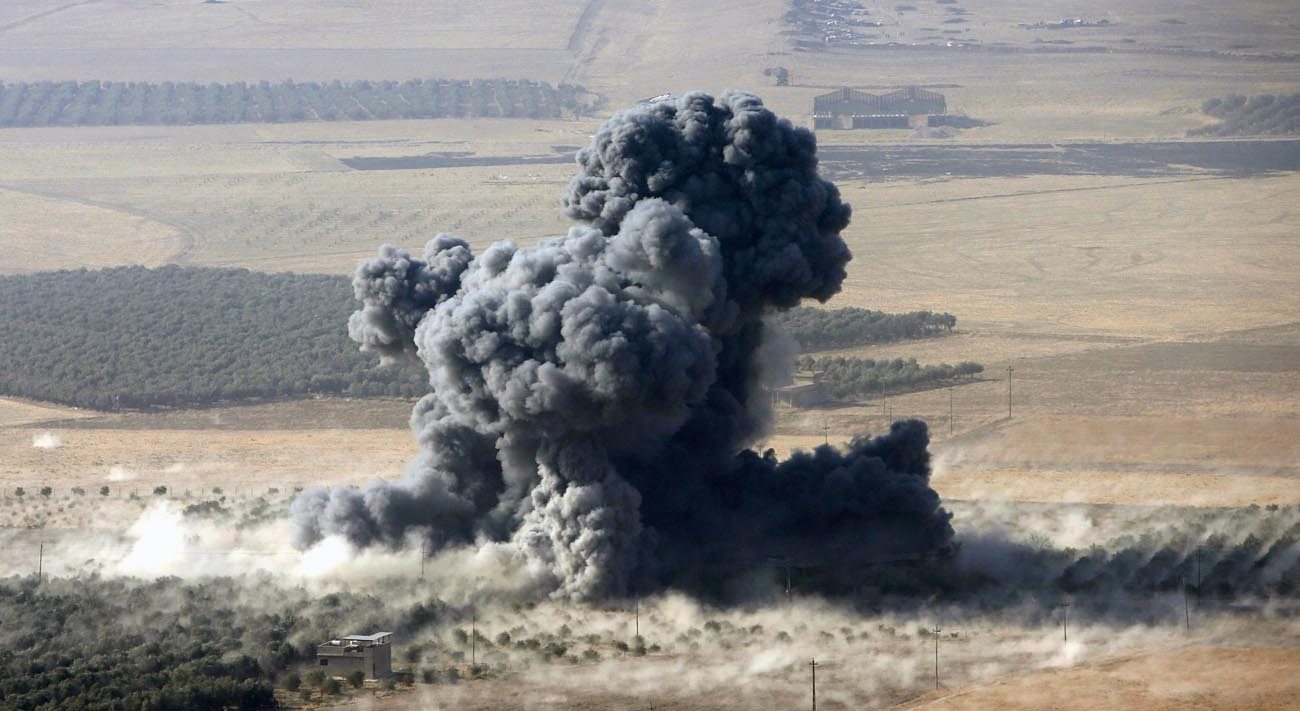 He invited people to pray with him, asking that “Iraq, while gravely stricken, might be both strong and firm in the hope of moving toward a future of security, reconciliation and peace.”

Speaking to visitors in St. Peter’s Square Oct. 23 for the Angelus prayer, the pope said, “In these dramatic hours, I am close to the entire population of Iraq, especially that of the city of Mosul.”

“Our hearts are shocked by the heinous acts of violence that for too long have been perpetrated against innocent citizens, whether they be Muslims, whether they be Christians, or people belonging to other ethnic groups and religions.”

He said he was “saddened to hear news of the killing, in cold blood, of many sons and daughters of that beloved land, including many children; this cruelty makes us weep, leaving us without words.”

The pope’s remarks came as Iraqi government troops and Kurdish fighters backed by a U.S.-led coalition were seeking to retake control of Mosul, the nation’s second-largest city. As the so-called Islamic State lost control of a number of villages, it has stepped up attacks in other parts of the country.

The United Nations High Commissioner for Human Rights verified reports that IS militants were forcing residents of surrounding villages into Mosul — presumably to be used as human shields.

As humanitarian groups worked to aid those already displaced by the offensive, many were preparing for what’s feared to become a mass exodus because more than 1 million people were thought to be inside Mosul.

Catholic Relief Services and Caritas Iraq said they were prepared to respond quickly to the expected crisis and have already been assisting thousands of people who fled since the new offensive began Oct. 17.

According to the United Nations, approximately 3,900 people have fled Mosul since the offensive was launched. Tens of thousands more were expected to join the some 3.3 million Iraqis who have been internally displaced since IS forces started controlling parts of Iraq in 2014.

CRS and Caritas said they were ready to provide shelter, water, sanitation and cash assistance, while offering priority care and protection to women, children, the elderly and the disabled.

El-Mahdi said the coming winter months will pose an additional challenge as well as the fear that aid may not reach those trapped within militant-controlled areas.

It’s estimated that more than 10 million people are in urgent need of humanitarian aid throughout the country, the CRS press statement said.

PREVIOUS: Pope tells Jesuits to walk to peripheries, be open to future

NEXT: Dialogue is expression of mercy, respect, love, pope says