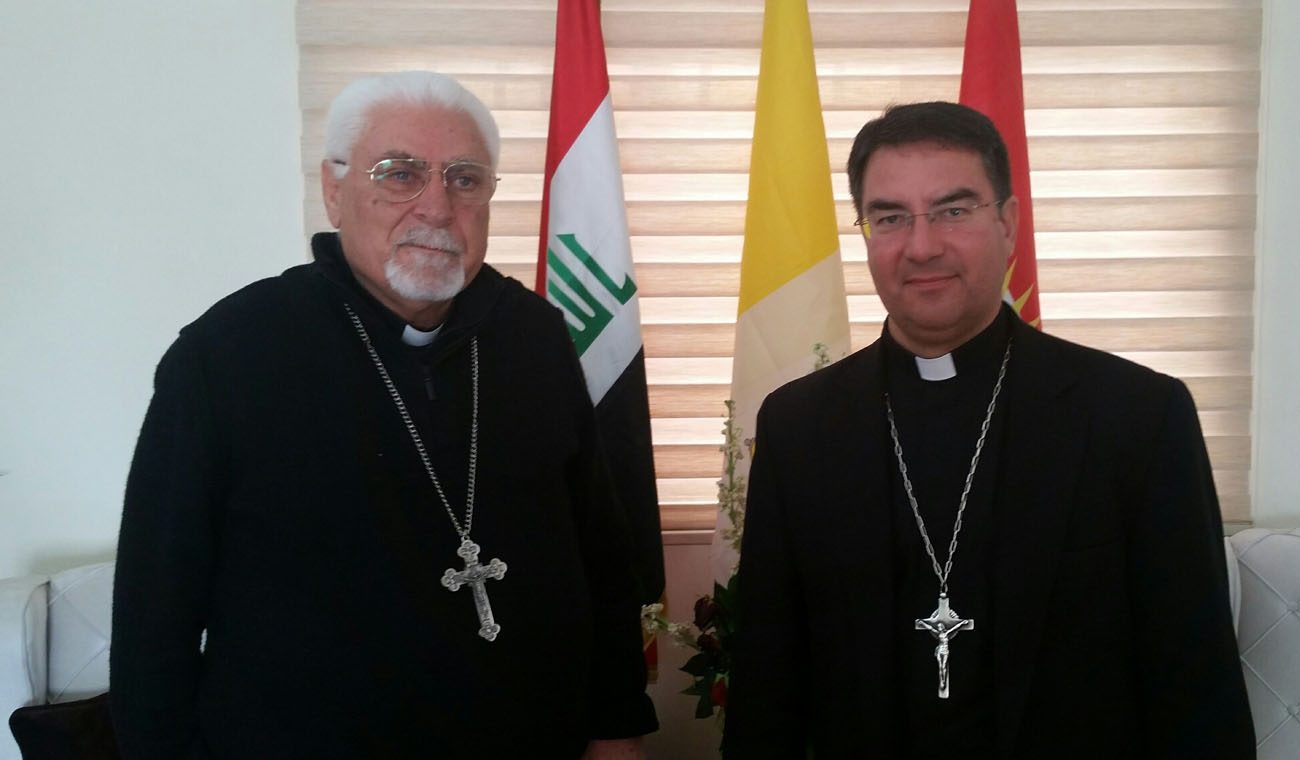 AMMAN, Jordan (CNS) — After meeting with church leaders in northern Iraq, a U.S. bishop said he will advocate differently for Iraqi religious minorities.

Bishop Oscar Cantu of Las Cruces, New Mexico, told Catholic News Service by phone that the Iraqi Catholic clergy do not want to see a safe corridor set up for Christians, as some in Washington have suggested.

Although security is paramount, they prefer to see reconciliation take place, enabling Iraq’s diverse mosaic of religions and ethnicities to live side by side. But that means trust would need to be rebuilt, and that could prove tricky given the regional and local players involved in Iraq’s multilayered sectarian conflict.

He said it’s not clear how that will be accomplished. However, O’Keefe said it was “the responsibility of the central Iraqi state, the Kurdish government (in the north), and other players involved to come up with a vision where minority rights are respected and adequate security is provided.”

O’Keefe felt there was a “bit of a lost hope as the Christians have to grapple with the vulnerability they find themselves in.”

Although he said CRS is looking very seriously at rebuilding in the next phase, the message the delegation got from Iraqi Christians is that “rebuilding needs to follow security.”

“They weren’t ready yet to talk about specific plans for rebuilding. Rather they need to know how safety and security will be provided, which would allow them to stay,” O’Keefe said. “That’s the first problem which needs to be solved and it’s inherently a political one.”

To that end, Colecchi said the U.S. bishops’ Office of International Justice and Peace in Washington will advocate for the U.S. government to do a “much better job of working with all the political entities in the region to come up political solution to create an inclusive Iraq.”

“Rights are based on citizenship, the rule of law, equal protection, and where towns and villages have good degree of self-rule so they can shape their own destiny and have a real voice in decisions and more immediately impact their community,” Colecchi said. “That’s how you create protection.”

Both Archbishops Moshe and Warda seek Washington’s help to build local institutions, train police forces, and the judiciary, Colecchi said. But the primary need is to create the rule of law and citizen rights.

Archbishop Warda welcomed last year’s resolution by the U.S. Congress declaring that Islamic State has committed genocide against minorities in Iraq and Syria, Colecchi said. He said the archbishop felt the resolution would focus the world’s attention on the horror as well as force Iraqis to acknowledge that genocide has taken place and to make sure it will not happen again.