Jesuit program goes to ‘the margins’ to bring education to refugees 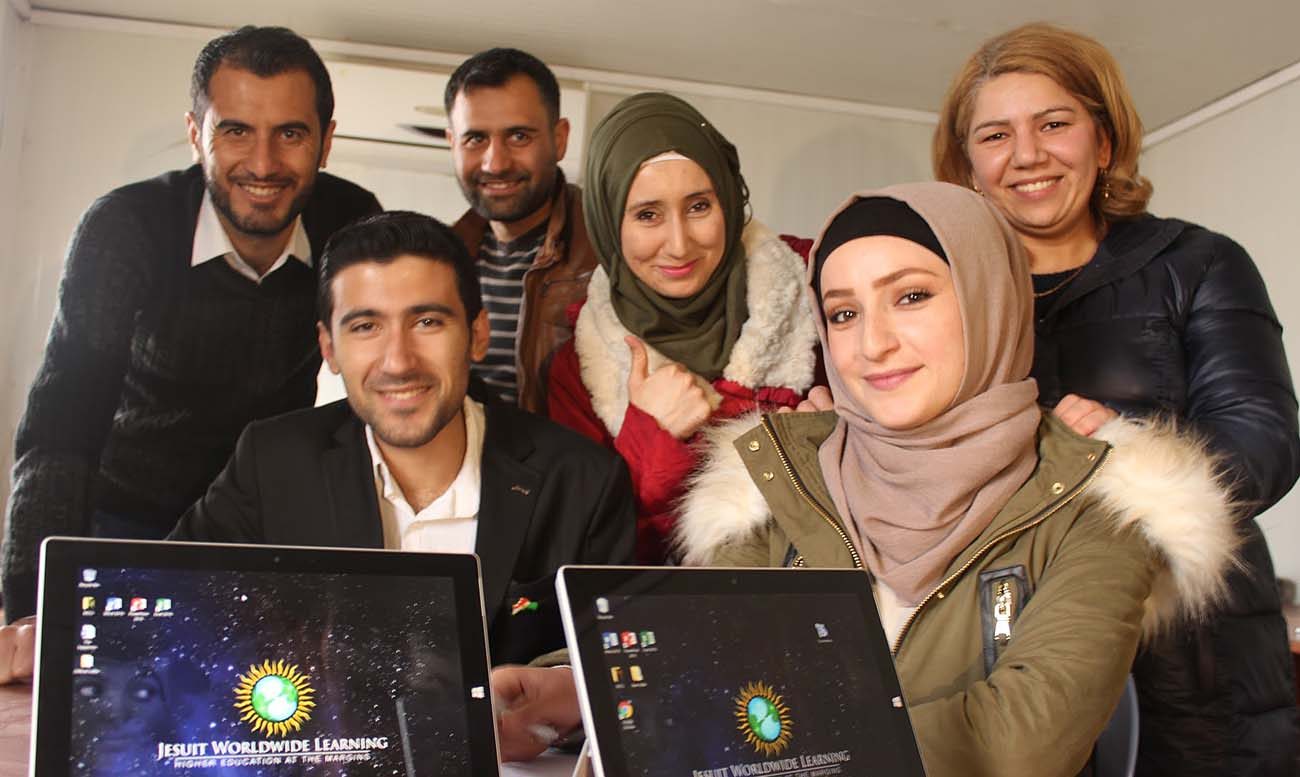 WASHINGTON (CNS) — Jesuit Worldwide Learning: Education at the Margins offers a mixture of online and in-person educational opportunities in service of people who have been displaced because of political turmoil, violence and other crises throughout the world.

Officially formed in 2010, the initiative originated from an effort seeking international cooperation in the Jesuit education community as early as 2006, as Jesuit Father Charles Currie explained.

“The project initially was called Jesuit Commons, stressing that it wasn’t an attempt to have kind of a form of educational colonialism, but we’re all in this together, caring, learning together,” Father Currie told Catholic News Service.

Involved with Jesuit Worldwide Learning from the beginning, Father Currie emphasized the Jesuits’ long-standing tradition of education. Since St. Ignatius of Loyola founded the Society of Jesus in 1540, Jesuit education has been grounded in the effort to transcend international borders.

“There’s no doubt that Jesuits from the very beginning were international,” Father Currie said. “The world is our home.”

In the classroom, students come together under the leadership of a tutor who facilitates discussion. Each student is given a tablet, which they can use to study at home, essential because some students must travel far to reach a learning center.

“One fellow in a combination wheelchair and bicycle would propel himself to class every day for about a mile,” Father Currie said. 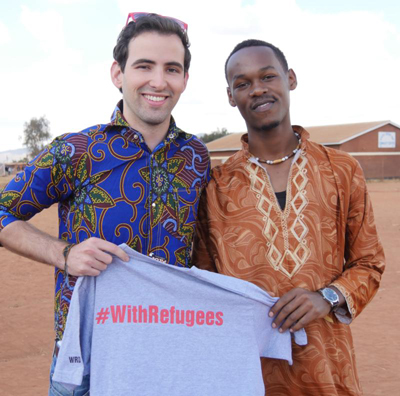 Jesuit Worldwide Learning fundraises to help meet the initiative’s needs and the needs of the students, who typically do not make monetary contributions. Rather, they are expected to do something for the community in exchange for their education.

“This is the goal: to make it as economic and accessible as possible,” Father Balleis said.

“We pay faculty only one-third of what they would get normally in the market,” Father Balleis said.

“I felt like God had been calling me for quite some time to do some type of mission work to help my fellow man,” McNally told CNS.

McNally has taught virtually for over a decade, but this is her first time teaching students from across the whole world. Touched by their experiences, McNally said that students are true “lovers of learning” and constantly express their gratitude.

“Almost every one of them are wanting to get educated to become change agents,” McNally said. “It motivates me every day.”

One of Jesuit Worldwide Learning’s partners, the Office of the U.N. High Commissioner for Refugees, cites that more than 65.6 million people in the world have been forcibly displaced, less than 1 percent of whom have access to education. In 2016, 10.3 million were newly displaced. As such, Jesuit Worldwide Learning is geared toward refugees, the rural poor and those who would not normally have access to higher education.

Jesuit Worldwide Learning has learning centers in 10 countries at 16 sites, many of which are placed in turbulent areas. After the closure of its site in Aleppo, Syria, because of military conflict, they moved to Amman, Jordan, to continue providing educational opportunities in the region.

“Wherever situations are bad, that’s where we need to go,” Father Balleis said.

Jesuit Worldwide Learning offers education in English language, academic diplomas in liberal arts and certificates in child protection, as well as professional programs in teacher training, health and computer skills. Many of these programs have been designed to gear students toward careers in teaching, community development and health care.

“Over 25 percent of our students got into other university programs,” Father Balleis said. “Others take initiative and others even started businesses and are employing people.”

Inyasio Lotulo Sito, 30, is one such student. A father of five, Sito acknowledged that the online platform has enabled him to provide for his wife and children while still pursuing higher education.

“The online learning is very good for me,” Sito said to CNS in an email. “It is because it allows me to attend to other duties both at my home and place of work.”

A South Sudanese refugee, Sito is learning in Kakuma, Kenya, and will graduate from Jesuit Worldwide Learning in July. He hopes to initiate a project within his own community aimed at providing loans for widows and other women at risk. These loans, Sito said, will enable recipients simply to earn a living or even start a “micro-business.”

Educating about 5,000 students since 2010, Jesuit Worldwide Learning hopes to enable over 10,000 displaced and marginalized people to participate in their programs.

Holli Luka Ghaisen first learned about Jesuit Worldwide Learning in 2011. After graduating from the program, Ghaisen taught sign language until becoming a tutor in the liberal arts program at a refugee camp in Kakuma.

“This was the turning point of my life,” Ghaisen said to CNS in an email.

Equipped with firsthand knowledge of the student experience of Jesuit Worldwide Learning, Ghaisen was able to understand the challenges that the students go through and could anticipate how best to respond to meet the needs of individual students.

“So far so good, the program is really touching lives within the refugee community,” Ghaisen said to CNS in an email. “I honestly think that it is exceeding its goal of bringing change within the communities.”

Why the focus on the liberal arts in addition to professional certificates? Father Balleis explained that it all comes down to critical thinking as a means of enabling action and change.