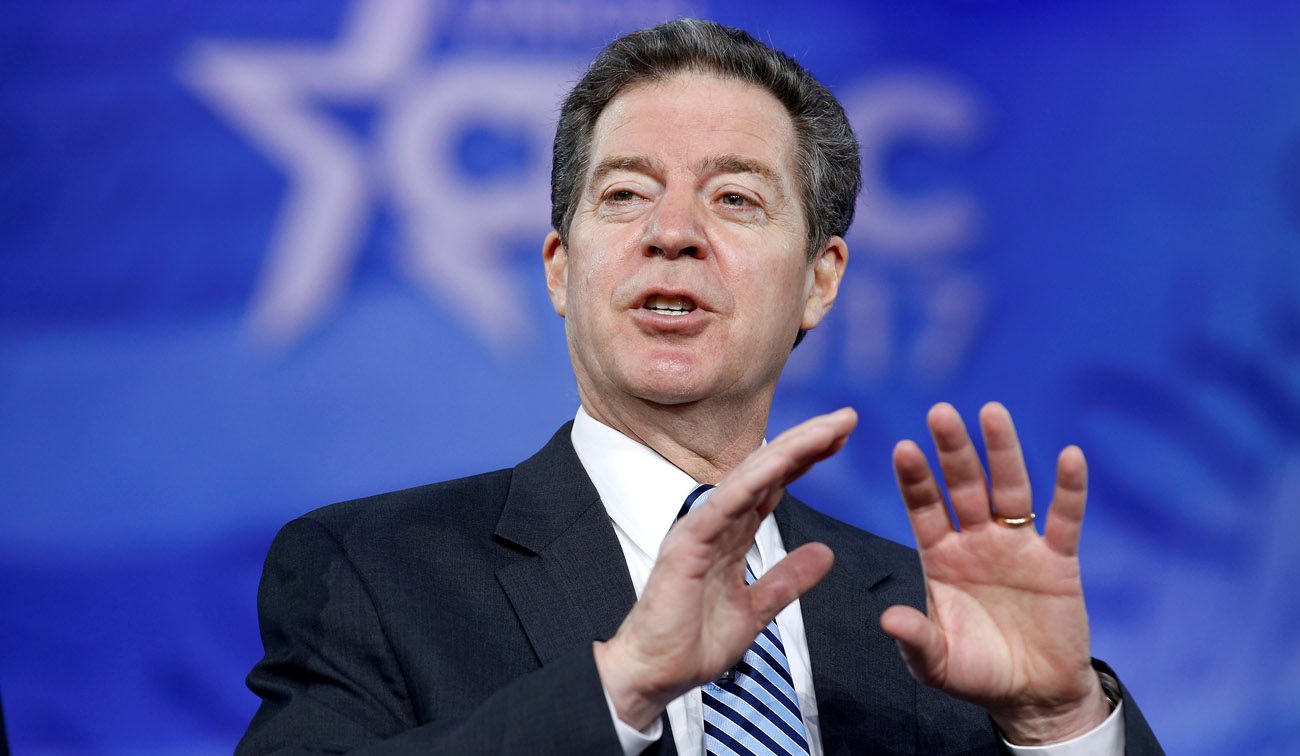 The U.S. Senate has confirmed Kansas Gov. Sam Brownback, a Catholic, as the new U.S. ambassador-at-large for international religious freedom. He is pictured in a 2017 photo. (CNS photo/Joshua Roberts, Reuters)

WASHINGTON (CNS) — The U.S. Senate has confirmed Kansas Gov. Sam Brownback, a Catholic, to be the new U.S. ambassador-at-large for international religious freedom in the U.S. Department of State.

Nominated to the post in July by President Donald Trump, Brownback was confirmed Jan. 24. The Senate vote was 49-49 and Vice President Mike Pence cast the tiebreaking vote. On Jan. 25, Brownback announced he will resign the office of governor Jan. 31.

“It has been a great honor to serve Kansans as their governor since 2011 and prior to that as W.S. senator and congressman,” Brownback wrote in a letter to Kansas Secretary of State Kris W. Kobach in Topeka. “As a lifelong Kansan, I have been privileged to serve and represent my fellow citizens for most of my adult life.”

He said he looks forward to continuing his public service in a new role. “Wherever my duties may take me, my Kansas values and experience will always travel with me,” he said.

Thomas Farr, president of the Religious Freedom Institute in Washington, welcomed the Senate’s confirmation of the Republican governor for the post.

“Ambassador Brownback’s deep experience, and his commitment to religious freedom for all people, will help ensure American leadership in the vital work of reducing global religious persecution,” Farr said in a statement. “We believe he will make U.S. religious freedom policy an integral part of America’s national security strategy.”

He noted “a host of daunting challenges and threats to stability and security” that will face the new ambassador.

“Rising levels of global religious persecution are being fueled by violent religious extremism, oppressive government policies, and aggressively anti-religious secularism,” Farr stated. “Millions are suffering terrible depredations as a result. Nations and economies are being destabilized by the absence of religious freedom.”

He called Brownback “the right choice to lead U.S. policy in addressing this global crisis.”

“In his 16 years as a congressman and U.S. senator, Brownback built a reputation as a steadfast advocate for religious freedom,” he said. “He was one of the key supporters of the landmark International Religious Freedom Act of 1998, which established in law the promotion of religious freedom as an element of U.S. foreign policy. The act also created the ambassadorship Brownback now holds.”

Brownback, 62, was elected the 46th governor of Kansas in November 2010 and took office in January 2011. He won re-election in November 2016. Before that, he served in the U.S. Senate after winning a special election in 1996 for the seat previously held by Bob Dole, who was the Republican presidential candidate that year.

Brownback won the following two regular elections for Senate, serving until 2011. He ran for U.S. president in 2008 but ended his campaign before the primaries; he endorsed Sen. John McCain, R-Arizona, who eventually won the GOP presidential nomination.

As a senator, Brownback was a member of the Judiciary Committee, the Senate Appropriations Committee, the Joint Economic Committee, and the Commission on Security and Cooperation in Europe, also known as the Helsinki Commission, which he at one time chaired.

The Helsinki Commission monitors compliance with international agreements reached in cooperation with Organization for Security and Cooperation in Europe.

Before serving in the Senate, Brownback was elected to the U.S. House in 1994. Prior to that he was secretary of the Kansas Board of Agriculture; named to the post in 1986, he was the youngest secretary in state history.

The current chairman of the Helsinki Commission, Sen. Roger Wicker, R-Mississippi, praised the choice of Brownback, saying he is “exactly the man we need out there, everywhere, doing this work, right now” on religious freedom issues.

“Religious freedom is the first freedom, and defending the persecuted is vital to our national identity and national security,” he said in a statement. “Radical Islamist terrorists target and kill Christians and people of other faiths to advance their evil ideology, recruiting, and propaganda. A robust defense of religious freedom is vital to defeating them.”

Brownback, and his wife, Mary, have been married for over 30 years. He calls his wife “the glue that holds our family together.” The Brownbacks have five children — Abby, Andy, Liz, Mark and Jenna.