When the devil strikes, exorcists are ready for battle 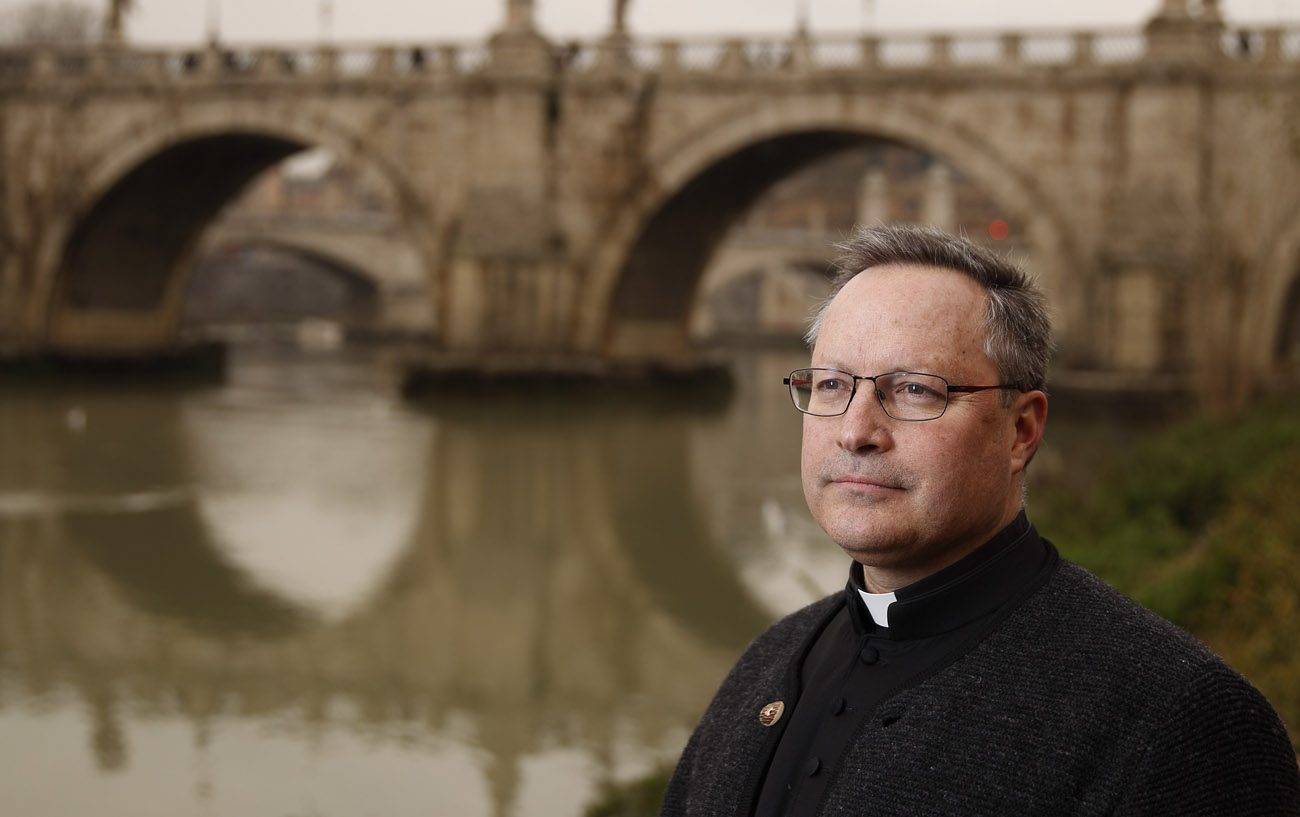 Father Cesare Truqui, a parish priest and exorcist for the Diocese of Chur, Switzerland, is pictured near the Tiber River in Rome March 1. Father Truqui said that a trained exorcist can discern when a problem is linked to demonic action or mental or emotional problems. (CNS photo/Paul Haring)

VATICAN CITY (CNS) — St. John Paul II once called Lent a period of “spiritual training” for sharpening people’s ability to recognize “the voice of God and the insidious voice of the evil one.”

But those skills need constant exercise, not just during Lent, exorcists have told reporters over the years. And priests, too, they’ve said, need to be ready with the right training to do battle with the devil and spiritually assist their people.

That need is rising, one exorcist told Vatican News in February. At least half a million people seek help from the church in Italy for suspected demonic influence — a demand that has tripled in recent years, said Franciscan Father Benigno Palilla, an exorcist for the Archdiocese of Palermo.

“Very often, we priests do not know how to face concrete cases brought before us. These things don’t get talked about during priestly formation,” he said.

Father Cesare Truqui, an exorcist who received his training from the renowned Father Gabriele Amorth in Rome, said many priests “do not believe in the existence of the true possibility of a possession, because it is very rare.”

But just because actual demonic possession rarely happens, every diocese in the world still needs to have at least one trained exorcist on hand for that eventuality, he said.

“It’s like a dentist. Thanks be to God we don’t need to go to the dentist every week, but (when) we need the dentist, we need him,” he told Catholic News Service in Rome in early March.

Also, a trained, experienced exorcist can accurately discern whether a problem is linked to demonic action and when it is the more likely case of a person just experiencing life’s inevitable difficulties or mental or emotional problems.

While priests must help people understand the real presence of evil, “you also have to teach people that not every shadow is the devil,” he said.

Not having on staff an exorcist or an attentive, empathetic priest who can make a referral also makes people looking for help even more vulnerable, he said.

“I have a case right now, a person went to African sorcerers,” he said, “because he didn’t find in the Catholic Church any help with what he was looking for.”

“I think if (the person) had found a priest that listened to him, accompanied him and helped him out, he wouldn’t be possessed right now.”

While many of these black-market practitioners are “fakes” and cause little harm, those who are connected with the occult “may increase the need for spiritual assistance or exorcisms” for their unsuspecting victims, Father Truqui said.

People should also watch out for fake, untrained or unauthorized priests, Father Truqui said. Only a priest authorized by his bishop can perform exorcisms in his own diocese, not elsewhere.

In an ongoing effort to help support this often-overlooked ministry, Father Truqui will be one of several experts teaching an international course on exorcism and prayers of liberation at the Legionaries of Christ’s Pontifical Regina Apostolorum University in Rome April 16-21. The course will be offered in conjunction with the Vatican-recognized International Association of Exorcists.

Father Truqui explains how he unexpectedly became an exorcist in a new book, “Profession: Exorcist. The Most Disturbing Cases of Possession and Liberation,” co-authored with Chiara Santomiero. The book is currently available only in Italian.

He writes how he visited Father Amorth to invite him to attend the first exorcism course at the university in 2004, but found him in the middle of an exorcism, holding up a crucifix to a man threatening to kill him.

Father Truqui writes that he was frozen in the doorway with his “hair standing on end,” and Father Amorth casually invited him to stay — for what ended up being a string of exorcisms that day — and to help by praying.

Father Truqui wrote it was a surprising start to four years of collaboration and friendship with the well-known priest, a journey that eventually led him to leave the Legionaries and become a parish priest and exorcist for the Diocese of Chur, Switzerland.

The Mexico-born priest said he sees his work as a ministry of mercy, bringing people closer to the sacraments and a life of prayer — a potent medicine for remaining faithful to Christ and finding peace.

He told CNS that he sees his work as “very evangelical” in that he directly faces the same spirits Jesus battled in the Gospels and experiences “that what Christ told in the Gospel is true.”

“It’s very nice to understand that when you are an exorcist, you can grasp with your hands the reality and the strength and the force of the power of prayer,” he said.