Britain rules not to impose buffer zones at abortion clinics 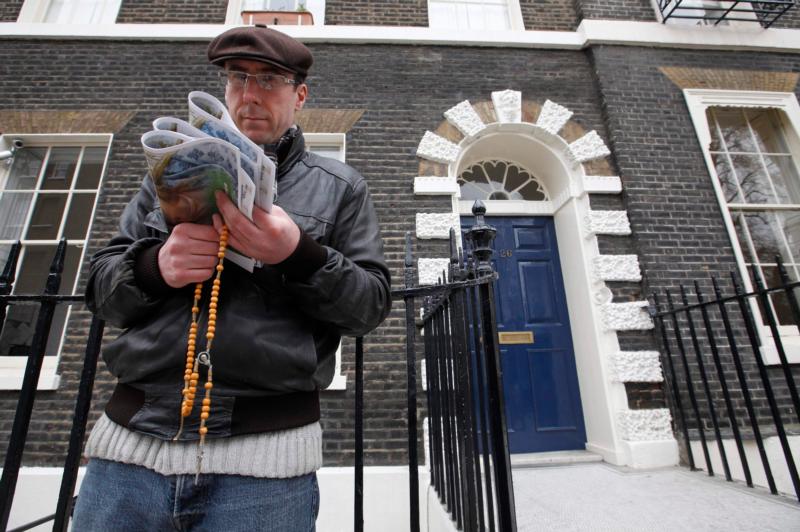 MANCHESTER, England (CNS) — A Catholic bishop has praised a decision by the British government not to impose exclusion zones around abortion clinics throughout the country.

Home Secretary Sajid Javid announced Sept. 13 that a national policy of buffer zones would “not be a proportionate response” to claims that some pregnant women were being harassed by people praying outside abortion centers.

His decision was welcomed by Auxiliary Bishop John Sherrington of Westminster, who said it struck a balance between “the rights of people to gather peaceably and the rights of others to be free from intimidation.”

“We recognize that there are members of the public, often associated with churches, who gather peacefully to pray outside abortion clinics and witness to the good of human life in a dignified way,” he said in a Sept. 17 statement sent by email to Catholic News Service.

“It is an unacceptable situation if any people harass or intimidate women visiting clinics, even if such situations are rare,” he said. “It is clearly not the case that all action is of this nature, and the distinctions between persons and groups should be examined further.”

“We agree with the home secretary that everyone has a right to peaceful witness,” the bishop added.

In a Sept. 13 written statement to the House of Commons, Javid noted that some women had said they had their paths blocked or had been followed or were shown graphic images of aborted fetuses.

But he said that “what is clear from the evidence we gathered is that these activities are not the norm, and predominantly, anti-abortion activities are more passive in nature.”

“The main activities reported to us that take place during protests include praying, displaying banners and handing out leaflets,” said Javid.

He said existing laws provided protection against harassment, adding that just 36 out of 363 abortion centers in England had experienced any pro-life activity at all.

In April, Ealing Council in London became the first and only local authority in England to impose a 100-meter buffer zone around a clinic following complaints of harassment denied by pro-life activists.

At about the same time, the Home Office began to investigate pro-life witness outside abortion clinics nationwide.

Abortion providers had hoped the review would result in the imposition of buffer zones around every clinic.

Clare Murphy of the British Pregnancy Advisory Service, a chain of UK abortion centers, said in a Sept. 13 statement, posted online, that her organization would “now look to work with councils” to establish buffer zones one at a time.

Javid’s decision was also criticized by Jeremy Corbyn, leader of the Labor Party, who said in a Sept. 13 tweet that it represented a “shocking failure to protect women from harassment and intimidation when exercising their right to choose.”

But Alina Dulgheriu, a former nanny who has lodged a legal challenge to the buffer zone at Ealing, was among those who expressed relief at the decision.

She said the practical help that she received from pro-life counselors when she went for an abortion made her feel as if she had a genuine choice about her pregnancy, and she kept her baby.

“I am forever grateful to these mothers who selflessly give up their time to offer help to women like me,” she said in a Sept. 13 statement sent by email to CNS. “If it weren’t for the real practical and emotional support that I was given by them, my daughter would not be here today.”

PREVIOUS: Bishop takes a (sky) dive to get pilgrims to Lourdes