Cardinal Anthony Bevilacqua dies at the age of 88 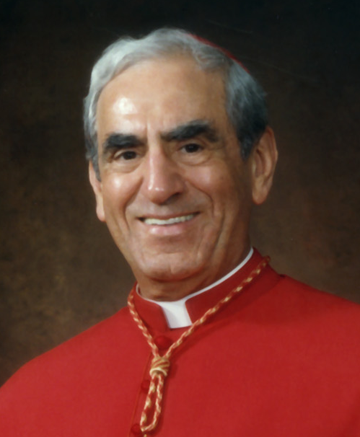 “I was greatly saddened to learn of the death of my predecessor Cardinal Bevilacqua,” said Archbishop Charles J. Chaput, O.F.M. Cap. of Philadelphia. “I encourage all Catholics in the Archdiocese to join me in praying for the repose of his soul and that God will comfort his family as they mourn his loss. Cardinal Bevilacqua has been called home by God; a servant of the Lord who loved Jesus Christ and His people.”

As the leader of the Archdiocese for 15 years, Cardinal Bevilacqua initiated a renewal process called Catholic Faith and Life 2000 to bring non-practicing Catholics back to the Church. The renewal process culminated on October 22, 2000 with 40,000 Catholics participating in a candlelight procession on the Benjamin Franklin Parkway in Philadelphia. Cardinal Bevilacqua also reached out to Catholics in the Archdiocese through a weekly live call-in radio program and a monthly bulletin titled, “Voice of Your Shepherd.” He regularly made pastoral visits to parishes, schools, nursing homes and other institutions throughout the Archdiocese and to people of all faiths through his visits to hospitals and prisons as well as ecumenical and interreligious outreach.

In January of 1998, with racial tensions flaring in areas such as Grays Ferry, North Philadelphia and West Philadelphia, the Cardinal issued “Healing Through Faith and Truth,” a pastoral letter on racism regarded as one of the most important documents written during his tenure as Archbishop of Philadelphia.

“Racism is an intrinsic evil that separates us from God,” he said in his letter. “It is a moral disease and it is contagious….” The Cardinal called on “Catholics and all people of good will to pray that God will cast out the demon of racism wherever it exists.”

Toward the end of his tenure, in 2002, a grand jury investigation began into allegations of clergy sexual abuse which eventually led to the 2005 Grand Jury Report.

Cardinal Bevilacqua celebrated a Mass of Thanksgiving for Fifteen Years of Service in the Archdiocese of Philadelphia on July 12, 2003. At that time, the Cardinal addressed the faithful of the Archdiocese saying, “Thank you for the affection which you have given me throughout these years and for your active participation in the life of the Church. You have been for me over the years a great joy and gift from God.”

Anthony Joseph Bevilacqua was born in Brooklyn, NY, on June 17, 1923. He was one of 11 children born to Luigi and Maria Bevilacqua. Following his 1943 graduation from Cathedral College, he attended Immaculate Conception Seminary in Huntington, NY. There he completed the six years of philosophy and theology requirements and was ordained on June 11, 1949 at St. James Cathedral, Brooklyn.

In 1971, the Bishop of Brooklyn appointed then-Father Bevilacqua as the Founding Director of the Catholic Migration and Refugee Office. In 1976, he was named Honorary Prelate by His Holiness Pope Paul VI with the title of Monsignor. Also in 1976, he was named Chancellor of the Brooklyn Diocese. He remained Chancellor of the Diocese and Director of its Migration and Refugee Office until 1983.

From 1968 to 1980, Monsignor Bevilacqua was visiting Professor of Canon Law at the Seminary of the Immaculate Conception in Huntington, New York. From 1977 to 1980, he also taught immigration law as an Adjunct Professor of Law at St. John’s University Law School.

On November 24, 1980, he was ordained a Bishop and served as Auxiliary Bishop of the Diocese of Brooklyn until Pope John Paul II appointed him Bishop of the Diocese of Pittsburgh in 1983, where he served until his appointment as Archbishop of Philadelphia in 1987. As Archbishop of Philadelphia he also served as a member of various congregations and councils of the Holy See and committees of the United States Conference of Catholic Bishops.

“Cardinal Bevilacqua’s death comes at a time when the Archdiocese is facing extraordinary challenges,” said Archbishop Chaput. “During this difficult period, I invite all of our people to come together in prayer for a renewal of our Church and Her mission.”

Cardinal Bevilacqua is survived by his sister Madeline Langan of Bayville, New York and his brother Frank Bevilacqua of West Simsbury, Connecticut.

The Solemn Funeral Mass for Cardinal Bevilacqua will begin at 2 p.m. followed by the Rite of Committal in the Cathedral Crypt (located below the main altar). The funeral Mass celebrant will be Archbishop Chaput and the homilist will be Msgr. Louis D’Addezio.

PREVIOUS: Statement of Bishop David A. Zubik on the death of Cardinal Anthony Bevilacqua

NEXT: Cardinal Rigali’s statement on the death of Cardinal Bevilacqua