Some thoughts on ‘Our First, Most Cherished Liberty’ 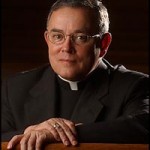 On Thursday, April 12, America’s bishops issued one of their most important statements in years. Our First, Most Cherished Liberty is not just a compelling defense of religious freedom. It’s also a call to action no committed Catholic can afford to ignore.

First, a little history and some background:

In the vision of America’s Founders, God exists, and his sovereignty matters. God endows each person with freedom and rights so that we can fulfill our duties toward him and each other. Our rights come from God, not from the state. Government is justified only insofar as it secures, promotes and defends those natural rights.

As James Madison said in his 1785 “Memorial and Remonstrance against Religious Assessments”:

This is why religious liberty is our most important freedom. Our first governor is God, our Creator, the Governor of the universe. We’re created for a higher purpose. We have a religious destiny. Our right to pursue this destiny precedes the state. Any attempt to suppress our right to worship, preach, teach, practice, organize and peacefully engage society because of our belief in God is an attack not only on the cornerstone of human dignity, but also on the nature of the American experiment.

To put it another way, in the American model, religion is more than a private affair between the individual believer and God. Religion is essential to the virtues needed for a free people.

America’s Founders expected religious groups to contribute actively to the nation’s social fabric. For all their many differences, the Founders agreed that a free people cannot remain free and self-governing without religious faith and the virtues that it fosters. John Adams’ famous words to the Massachusetts militia in 1789 were typical: “Our constitution was made only for a moral and religious people. It is wholly inadequate to the government of any other.”

Moreover, when the Founders talked about religion, they meant something much more demanding and vigorous than a vague “spirituality.” One of the great legal scholars of the last century, Harold Berman, showed that the Founders understood religion in a frankly Christian-informed sense. For the Founders, religion meant “both belief in God and belief in an after-life of reward for virtue, and punishment for sin.” In other words, religion mattered – personally and socially. It was more than a private preference. It made people live differently. People’s faith was assumed to have broad implications, including the political kind.

That richly developed idea of what it means to be “human,” and even the nature of religious freedom itself, now face heavy attacks in our courts, our mass media and our legislatures.

As Our First, Most Cherished Liberty shows, the current HHS healthcare mandate fight – which threatens the mission of many Catholic employers and organizations by forcing them to violate the teachings of their Church – is not an isolated assault. It’s part of a growing pattern. The bishops list at least six other high-profile, recent cases where government has aggressively interfered with the rights of religious communities and believers. And these violations are happening right here, in our own country, right now.

I encourage Catholics throughout the Archdiocese to download the bishops’ statement from the link provided below. It’s an outstanding and urgently needed resource. Read it. Pray over it. Then share it with others. Most importantly, the statement calls for a “Fortnight for Freedom” in dioceses across the United States from June 21 through July 4. In the days and weeks ahead, please check our archdiocesan website for our local efforts to observe this important event.

Philadelphia is the birthplace of American independence. It’s the cradle of our rights as a free people. There’s no better place to begin the renewal of our nation’s first and most important freedom: religious liberty.

PREVIOUS: Holy week, Easter and the beginning of new life

NEXT: Thoughts on an invitation to grace