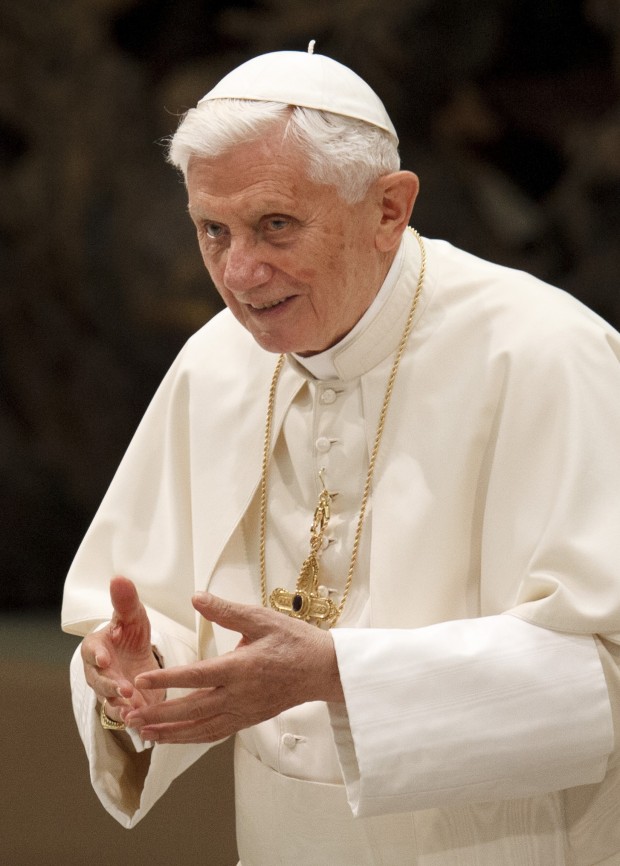 VATICAN CITY (CNS) — Just two days before beginning a pastoral journey to the Middle East, Pope Benedict XVI launched an appeal to all Christians in the region to respond to social and political tensions and insecurity by being hopeful, active builders of peace and reconciliation.

At the end of his weekly general audience Sept. 12, the pope thanked Middle Eastern Christians for their courage in remaining in the region, and he prayed that God would strengthen their faith and fill them with hope.

Saying he was looking forward to visiting Lebanon Sept. 14-16, Pope Benedict thanked those who support Christians in the Middle East and called for continued aid “so that they might be able to continue to give witness to Christ in those blessed lands, by seeking communion in unity.”

Although the pope spoke in French to pilgrims and visitors in the Vatican’s Paul VI audience hall, the Vatican also released a written Arabic translation.

Pope Benedict said his Lebanon trip would allow him to meet with leaders of the Catholic communities and civil society, as well as with representatives of the nation’s richly diverse religious groups, including other Christians, Muslims and Druze.

“I thank the Lord for this richness, which will not be able to continue without living in permanent peace and reconciliation,” he said.

“That is why I urge all Christians in the Middle East, whether native or newcomer, to be builders of peace and agents of reconciliation.”

History has shown that the different Christian communities have played an “important and often fundamental role in interreligious and intercultural dialogue” in the region, he said.

Giving his blessings to all those in Lebanon and the Middle East, the pope prayed that a much needed peace, in respect for “legitimate differences,” would come to the region.

In his main audience talk, the pope looked at the Book of Revelation and the importance of prayer in understanding God’s plan for humanity.

“Prayer is like an open window that lets us keep our eyes on God,” not just as a reminder of one’s true purpose in life, but as a way to let his will “shine on our earthy journey” and help us navigate a troubled world with confidence, he said.

Despite all the evil, suffering and difficulties in the world, “as Christians, we can never be pessimists,” he said.

“We know well that on our life journey, we will often encounter violence, lies, hatred and persecution, but this does not discourage us,” he said.

God’s strength and power was brought to humanity through Jesus, who came not just to counteract evil but to defeat it, “purifying it with the fire of his love,” the pope said.

Prayer is a powerful way to remind oneself of Christ’s victory over death and despair, and it’s a reminder to not hide from the ills of the world, but to confront them with courage, he said.

By looking for signs of God’s presence in their lives, Christians can themselves become beacons of his goodness, spreading hope and proving God’s victory over evil, he added.

The pope said no prayer is ever silly or useless. God hears and responds to each and every one, although sometimes the answer may be hard to comprehend or decipher.

With so much evil in the world, it’s easy to think nothing can be done, he said, “but the first and most effective response we can give is precisely prayer,” which strengthens one’s commitment to doing good, he said.