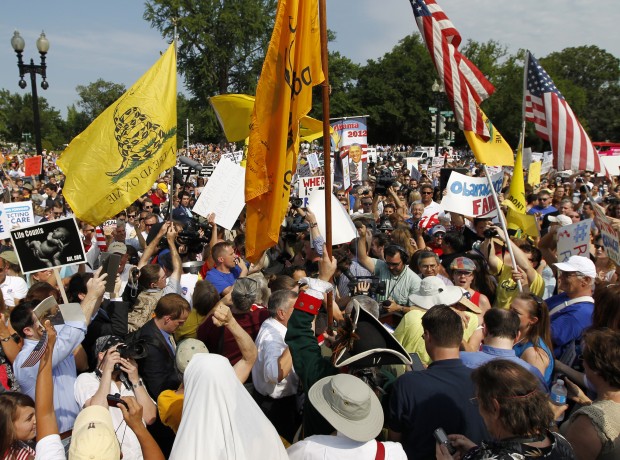 WASHINGTON (CNS) — There are few issues in the 2012 presidential campaign on which the major candidates have more clearly differentiated opinions than health care.

Much of President Barack Obama's stand on health care is built on provisions of the 2010 Patient Protection and Affordable Care Act, which former Massachusetts Gov. Mitt Romney, the Republican candidate, has said should be repealed.

“President Obama believes that quality, affordable health insurance you can rely on is a key part of middle-class security,” says the Democratic candidate's campaign website. “By putting a stop to insurance company abuses, Obamacare is giving millions of Americans peace of mind.”

Romney, on the other hand, says on his campaign website that the Affordable Care Act “relies on a dense web of regulations, fees, subsidies, excise taxes, exchanges and rule-setting boards to give the federal government extraordinary control over every corner of the health care system.”

The Republican candidate told AP in mid-September he would replace the health care law with his own plan that would still allow young adults and those with pre-existing conditions to get coverage.

Both Catholic voters and the general public place health care among the top five issues that affect their voting decisions.

In a survey earlier this year by the Pew Research Center for the People and the Press, 74 percent of registered voters and 72 percent of Catholic voters named health care as an issue that was very important to their voting decision. Both groups placed a higher priority, however, on the economy, jobs and the federal budget deficit as issues influencing their vote.

Rep. Paul Ryan, R-Wis., and the Republicans' vice presidential candidate, has become the point man for his party on the issues surrounding Medicare, Medicaid and the Affordable Care Act.

In a Sept. 21 address to the AARP convention in New Orleans, Ryan said he and Romney “respect all the people of this country enough to talk about the clear choices we face on Medicare, Social Security, the economy, and the kind of country our children will inherit.”

He called repeal of the Affordable Care Act “the first step to a stronger Medicare” and said the law “weakens Medicare for today's seniors and puts it at risk for the next generation.”

Obama, addressing the same gathering by satellite on the same day, said that despite what the Republicans might say, health reform “actually strengthened Medicare.” He said repeal of the law would mean billions of new profits for insurance companies.

“No American should ever spend their golden years at the mercy of insurance companies,” he added.

Obama and the Department of Health and Human Services also have touted the benefits already achieved by the law, including nearly $4.5 billion saved on prescription drugs by closing the “doughnut hole” for 5.5 million seniors and people with disabilities and the free preventive services received by more than 19 million people on original Medicare in the first eight months of 2012.

Another success was heralded when the U.S. Census Bureau announced a drop in the number of uninsured young adults — a decline attributed by the Democrats to the fact that Affordable Care Act allows those ages 19 to 25 to remain on their parents' health insurance policies.

The law mandates preventive services for women, which include well-woman visits, breast-feeding support and counseling, and domestic violence screening and counseling. In addition to these services, the mandate also requires employers to provide contraceptives, including some abortion-inducing drugs, and sterilizations free of charge to their employees, even if they have objections based on their religious beliefs.

Catholic and other religious leaders as well as secular employers who morally oppose artificial contraception say the religious exemption is too narrow, because it mainly protects those religious institutions that seek to inculcate their values and that primarily employ and serve people of their own faith.

Bruce Berg, an associate professor of political science at Fordham University in New York, predicted that each party will continue to make health care an issue — but without changing very many minds.

“Everything that is going to be said about health care with a degree of certitude has already been said,” he told Catholic News Service Sept. 21.

“There's a lot we won't know until three, four, five years down the road,” as other parts of the law are implemented, Berg added. After all the changes mandated in the law have taken effect, he said, “then we can have the real debate.”

PREVIOUS: Little being said on US-led war in Afghanistan on campaign trail

NEXT: Romney, Obama stake out different approaches on immigration