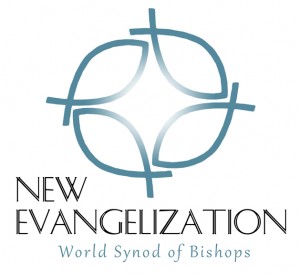 VATICAN CITY (CNS) — If the Synod of Bishops on the new evangelization has seemed to lack a certain “fire and energy,” the gathering’s sober tone reflects the fact that the Catholic Church is “in the midst of an enormous struggle between good and evil,” said Australian Cardinal George Pell of Sydney.

“It’s much easier to reorganize a seminary; it’s a different challenge to spark a religious revival,” especially in most modern cultures, the cardinal told reporters Oct. 19.

The synod is not trying to solve all the world’s problems, he said. The new evangelization is about promoting or reviving faith in Jesus Christ, “the call to salvation and the consequences that has for social justice and the integrity of creation.”

“Is Christ the son of God? Is he divine?” Those are questions the bishops are trying to help people answer, Cardinal Pell said. They want people to know that Jesus is “more than just a good example,” he’s the savior.

While the Holy Spirit “blows where it wills,” he said, bishops must plan and share strategies to protect the Spirit’s initiatives.

Cardinal Pell agreed that the first 10 days of the synod may have seemed plodding at times, but said that was largely because the format requires participants to sit in a hall for six hours each day listening to hundreds of speeches.

“We had a framework (for the discussions). It’s logical, loving, faith-filled, but we need fire, energy, that’s what the new evangelization is all about,” he said. “We’re in the midst of an enormous struggle between good and evil, faith and fear on a supernatural as well as a natural level.”

“We could do with a bit more bite,” he said.

Cardinal Pell said bishops in the West constantly are being called to comment publicly on political, ethical and moral matters that touch the faith and the good of the human person.

“We bishops have got to be prudent, but we’re all constrained by our vocation to preach the Gospel, to preach what Christ taught,” he said. “Sometimes we have to give the church’s moral teaching in a political situation where we know it’s almost impossible it’s going to be accepted,” but church leaders still have an obligation to try.

Speaking to reporters just two days before Pope Benedict XVI was to canonize seven saints from North America, the Philippines, Germany, Spain, Italy and Madagascar, Cardinal Pell said the Catholic Church’s recognition of saints is an excellent instrument for the new evangelization.

Having a saint from one’s own country, he said, shows that “you don’t have to be from a banished millennium or from a world that has disappeared to be a heroic follower of Christ.”

While several synod members spoke about ways to reach out to lapsed Catholics and bring them back into the fold, Cardinal Pell said sometimes it is better for a person to leave the church than to stay and pretend they can be a good Catholic while opposing church teaching.

“Nobody wants anybody to leave the church,” he said, but if people don’t believe in the divinity of Christ or if they “fundamentally reject the church’s teachings in areas of morality — fundamentally reject, not just that they are weak and can’t quite follow them — I think that as a matter of integrity, it’s not inappropriate that they do leave.”

PREVIOUS: Kateri and Jake: American Indians are joined in sainthood cause