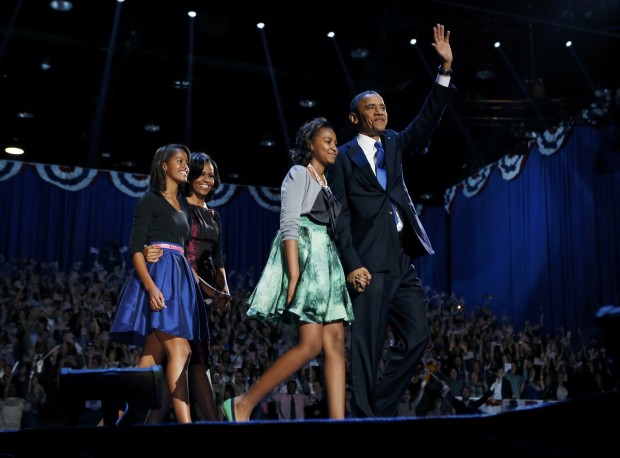 Pope Benedict XVI sent a message of congratulations to President Barack Obama Nov. 7, the day after his re-election as president of the United States.

The Pope expressed best wishes to the president “on his new mandate,” according to Vatican Information Service, which released the Pope’s message. The Holy Father also “gives assurances of his prayers to God to help (Obama) carry out his serious responsibilities, both in his own country and within the international community.”

Pope Benedict also spoke of his hope “that the ideals of freedom and justice, which guided the founding fathers of the Unites States of America, may continue to shine out as the nation progresses.”

“The Catholic Bishops of the United States offer our prayers that God will give you strength and wisdom to meet the difficult challenges that face America,” the cardinal said.

“In particular,” he added, “we pray that you will exercise your office to pursue the common good, especially in care of the most vulnerable among us, including the unborn, the poor, and the immigrant.

“We will continue to stand in defense of life, marriage, and our first, most cherished liberty, religious freedom. We pray, too, that you will help restore a sense of civility to the public order, so our public conversations may be imbued with respect and charity toward everyone.”

In the press release containing the text of the letter, the words “our first, most cherished liberty” were in italics. The bishops and the Obama administration have clashed for the past year on a federal Department of Health and Human Services mandate that would require most religious employers to provide contraceptive access to their employees, allowing for few exceptions.

With 270 electoral votes needed to secure a presidential win, Obama, a Democrat, had 303 to 206 for his Republican challenger, former Massachusetts Gov. Mitt Romney. Florida’s 29 electoral votes had not been decided the morning after the Nov. 6 election.

Four years ago, Obama, previously a U.S. senator from Illinois, received congratulations from a fellow Illinoisan — Cardinal Francis E. George of Chicago, then president of the U.S. bishops — when Obama became the nation’s first African-American president.

“I believe we can seize this future together — because we are not as divided as our politics suggest; we’re not as cynical as the pundits believe; we are greater than the sum of our individual ambitions; and we remain more than a collection of red states and blue states. We are, and forever will be, the United States of America,” Obama said at the end of his 20-minute address to supporters at a victory rally in Chicago during the early morning hours of Nov. 7.

“And together, with your help, and God’s grace, we will continue our journey forward, and remind the world just why it is that we live in the greatest nation on earth,” he added.

“Every political office is an expression of public trust and carries the responsibility to work for justice and the common good – not only in our own country but also in the international community. So I pray that God will grant our president the wisdom he needs to carry out his duties, along with the virtues of honesty, courage, prudence and humility that are necessary for true public service,” Archbishop Gomez said.

“As faithful citizens, the Catholic community here in Los Angeles and elsewhere in the country stands ready to work with our president to fulfill the promise of America’s founders,” he added. “We look forward to working for a new America that is truly one nation under God, where men and women from every race, creed and national background are welcomed to live in liberty and peace as brothers and sisters.”

The Massachusetts-based group Catholic Democrats said in a statement Obama and Vice President Joe Biden’s re-election “is a victory for the Catholic social justice tradition that has guided the conscience of our nation for over a century. The American people chose a worldview that values community and the common good over one that puts the market and individualism before the welfare of all people.”

A Catholic Democrats board member, Nicholas Cafardi, was co-chair of the Obama campaign’s Catholic outreach effort.

Charmaine Yoest, president and CEO of Americans United for Life Action, took the Obama administration to task for its health care law and what she described as its efforts to expand access to abortion. In a Nov. 7 statement, she said she expected state legislatures and a “pro-life majority” in the House of Representatives to blunt those efforts during Obama’s second term.

“Already, AUL has worked with 10 states in passing legislation to opt out of permitting taxpayer-subsidized abortion coverage through Obamacare,” Yoest said. “And we predict that the courts are going to see an ever increasing number of lawsuits as Americans fight for their First Amendment rights of conscience.”

Care Net, an organization that promotes alternatives to abortion, said it hopes Obama will honor a promise he made during his first term to make abortion “rare.”

“In 2010, President Obama talked about the importance of making abortion ‘rare.’ Sadly, the record of his administration so far has been a record of expanding abortion, said Care Net CEO Roland Warren in a Nov. 7 statement. “Yet most American women agree: Abortion is not the best solution in an unplanned pregnancy situation.”

In other reaction Nov. 7, National Farmers Union president Roger Johnson said Obama “has shown his dedication to rural America over the past four years, and we will continue to work with him and the administration to ensure that continues.”

United Auto Workers president Bob King said the president “stood by American workers in their darkest hour, and UAW members and citizens in communities that are part of the thriving auto industry, are grateful for his willingness to bet on us.”

“Today,” he said, “the domestic auto industry is roaring back, with investment in factories, new workers and manufacturing returned to our country.”

“While the economy, health care and the deficit were the leading issues that voters specifically cited as most important in this election, the results also signal historic shifts in values and demographics,” said a statement from Robert Jones, founding CEO of the Public Religion Research Institute.

In focus groups conducted by PRRI in Columbus, Ohio, the weekend before the election, “among white working-class independent voters, the participants emphasized economic issues like jobs, the deficit and taxes as their highest-ranked priorities for this election.”

Jones said early exit polls also showed Obama “won younger voters under 30 by 23 points, while Romney won seniors by 12 points. And this year, as in 2008, younger voters turned out, rivaling seniors as a proportion of the electorate.”

Another key issue in the election, he said, was the treatment of immigration and other issues important to Latino voters, “who now constitute 10 percent of all voters.”

PREVIOUS: People lost ‘stuff’ in storm but still have each other, priest says