Faithful urged to preach pro-life in and out of season like St. Paul 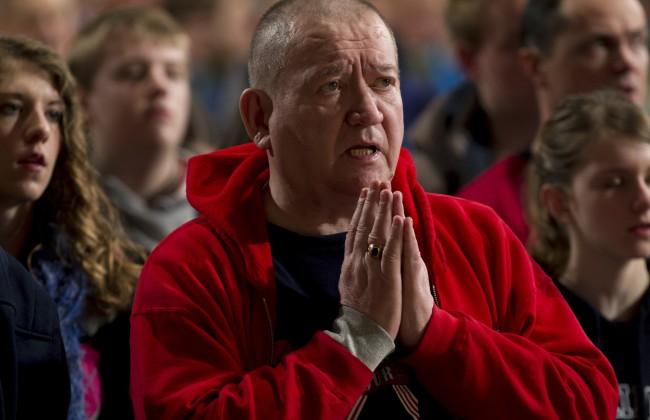 A man prays during the closing Mass of the National Prayer Vigil for Life at the Basilica of the National Shrine of the Immaculate Conception in Washington Jan. 25. The vigil, held before the annual March for Life, marked the 40th anniversary of the Supreme Court's Roe v. Wade decision that legalized abortion across the nation. (CNS photo/Nancy Phelan Wiechec) 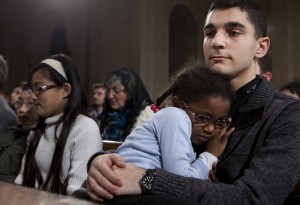 Gianna Belemjian, 4, rests in the arms of her brother Noah, 15, during the closing Mass of the National Prayer Vigil for Life at the Basilica of the National Shrine of the Immaculate Conception in Washington Jan. 25. The Belemjian family of Rochester, N.Y., was in the nation’s capital for the annual vigil and March for Life. (CNS photo/Nancy Phelan Wiechec)

WASHINGTON (CNS) — As thousands of Catholics prepared to brave freezing temperatures to participate in the 40th annual March for Life, Bishop Kevin J. Farrell of Dallas asked them to imitate the example of St. Paul, who preached “in season and out of season.”

St. Paul “was not afraid to stand in the center of Athens and preach the word of God to politicians and intellectuals,” Bishop Farrell said in his homily at a Jan. 25 Mass that closed the annual National Prayer Vigil for Life at the Basilica of the National Shrine of the Immaculate Conception in Washington.

The apostle preached “whether it was convenient or it became uncomfortable for others to listen to him,” he added.

The Mass was celebrated on the feast of the Conversion of St. Paul, a rarity in that the date of the March for Life is typically Jan. 22 — the anniversary of the Supreme Court’s 1973 decision that legalized abortion virtually on demand nationwide — except when the anniversary date falls on a weekend.

But with the public ceremonies for the presidential inaugural taking place Jan. 21, March for Life organizers chose Jan. 25 for the march to assure enough hotel rooms in the Washington area for those coming to the march and related events.

Bishop Farrell’s diocese is where lawyers for Norma McCorvey, the “Jane Roe” of Roe v. Wade, originally brought the case to court. As a pregnant 22-year-old in 1969, McCorvey was referred by an adoption attorney to lawyers seeking a plaintiff for an abortion suit against the state of Texas.

McCorvey never had the abortion. She gave birth to the child and gave it up for adoption. In the 1990s she renounced her previous support for legal abortion and joined the Catholic Church.

The bishop reminded those at the Mass that St. Paul “was, before his conversion, just as zealous about persecuting the followers of Jesus.” But “if Jesus and his word could change the heart of Paul, his word can change the mind and the heart of those who do not respect human life,” he said.

Bishop Farrell noted that, after 40 years of legalized abortion nationwide, “we have met with success” in curbing it. “Today, there is a nationwide decline in both the number and rate of abortions. More and more people understand the truth that the child in the womb is a human being,” he said, adding the growing presence of young people at the Mass and the march each year bodes well for the future.

Still, “over 1 million innocent children lose their lives each year through abortion,” Bishop Farrell said. “After these 40 years of hard work we may feel like the ‘chosen people’ of the Old Testament who wandered through the desert for 40 years.”

But he urged those present to not grow discouraged and lose hope. “Moses never saw the Promised Land,” he said. “Many of us who have labored for 40 years for the cause of life” may not get to see it either, Bishop Farrell added. But he assured the young people: “You will see the Promised Land.” 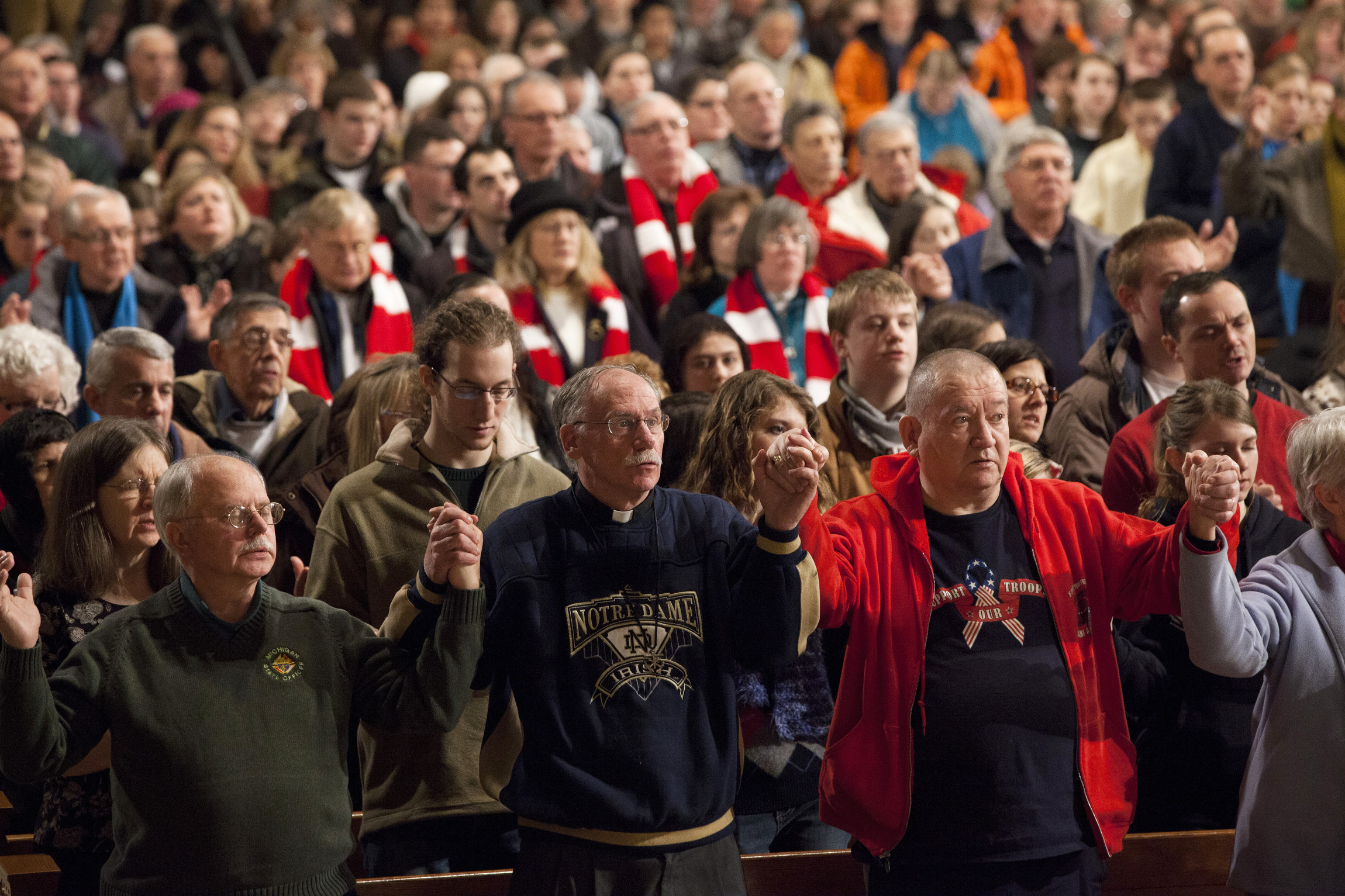 People joins hands as they recite the Our Father during the closing Mass of the National Prayer Vigil for Life at the Basilica of the National Shrine of the Immaculate Conception in Washington Jan. 25.