Harbaugh parents know one son’s team will win, another will lose in Super Bowl 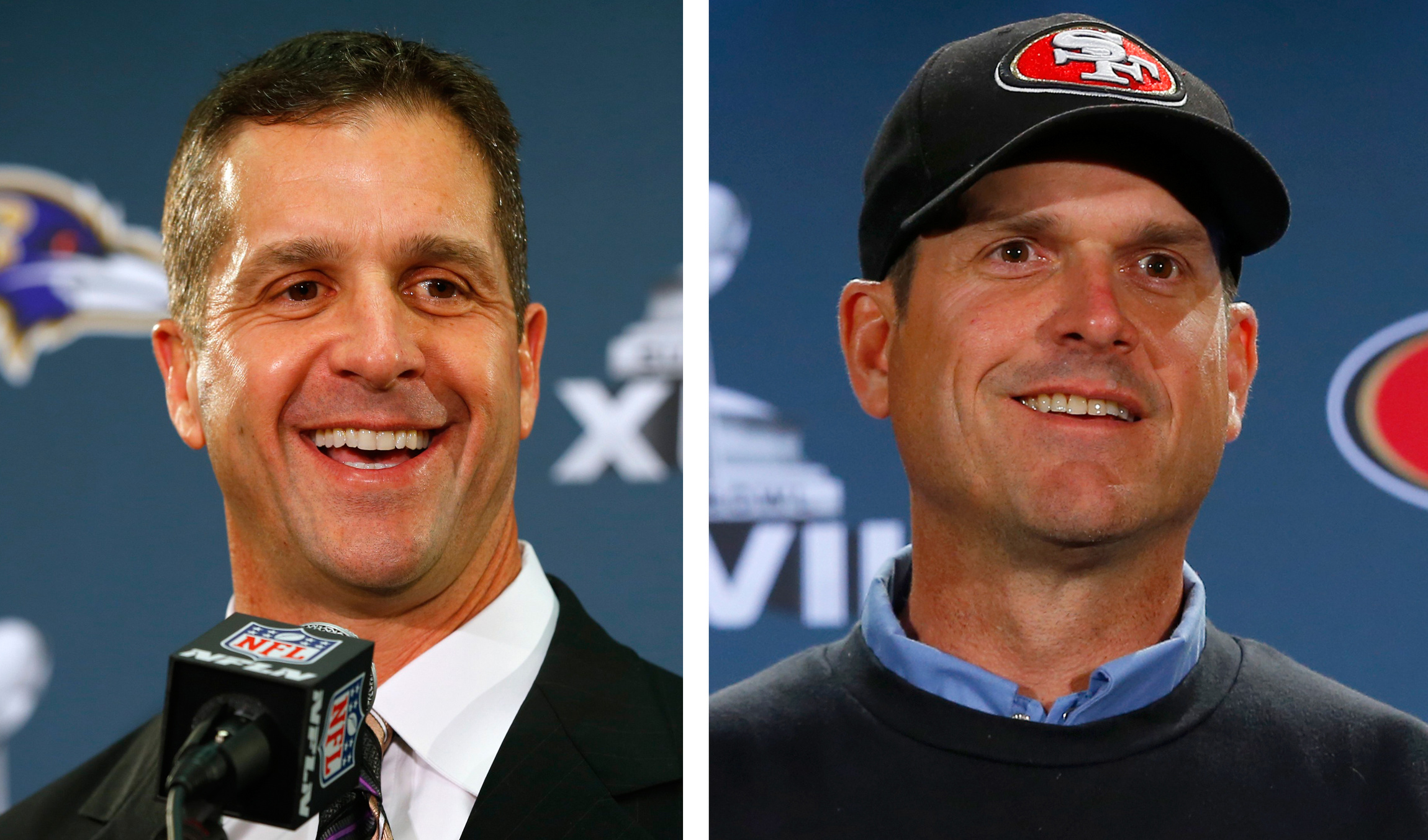 BALTIMORE (CNS) — When the Baltimore Ravens defeated the San Francisco 49ers on Thanksgiving night in 2011 — and John Harbaugh beat younger brother, Jim, in the first NFL matchup of coaching brothers — Jack Harbaugh peeked into the Ravens’ locker room after the game.

Jack Harbaugh, John and Jim’s father, was impressed by how ecstatic everyone was. There was nothing but celebration and smiling faces.

“I thought to myself, we really aren’t needed here,” Jack Harbaugh recalled, speaking to local and national media during a Jan. 24 conference call. He walked across the hallway at the Baltimore football stadium. The mood in the San Francisco locker room was quiet and somber, he said.

“I found Jim all by himself,” said Jack Harbaugh, a former college football coach. “No one was around him. That’s where we were needed.”

For Jack Harbaugh and his wife, Jackie, the upcoming rematch between their coaching sons at the Feb. 3 Super Bowl in New Orleans is likely to be another excruciating study in contrasts. Someone will win and someone will lose.

“It was the agony of defeat and the thrill of victory (a year ago),” Jack told The Catholic Review, newspaper of the Baltimore Archdiocese, in a telephone interview. “I’m not looking forward to that next Sunday,” he added.

Jackie Harbaugh, John and Jim’s mother, remembered how John ran to find his brother after the Thanksgiving game — hugging him and giving him words of encouragement.

“It was just the epitome of how everyone in our family feels about each other,” she said. “We always try to raise one another up.”

Jack and Jackie, who raised their family in the Catholic faith and sent their children to Catholic schools, all said they will remain neutral at the Super Bowl. Younger sister, Joani Crean, also won’t take sides.

Despite several questions inviting him to compare his sons, Jack refused to go there.

Jack credited his wife for the way his sons turned out in life.

“The rock of our family is Jackie,” he said. “She did all the heavy lifting. In our career, a 43-year coaching career, we moved 17 times and she was the one that sold the house, bought the house, enrolled the kids in school, took the kids out of school. She was the one.”

While some in the media have dubbed this year’s big game the “Harbowl” and the “Super-Baugh,” Jack prefers to think of it as the “Lombardi Game,” while his wife refers to it simply as the “Super Bowl.”

PREVIOUS: Musial recalled as a man who made ‘nobodies’ feel like ‘somebodies’

NEXT: Experts, activists address effects of 40 years of legal abortion