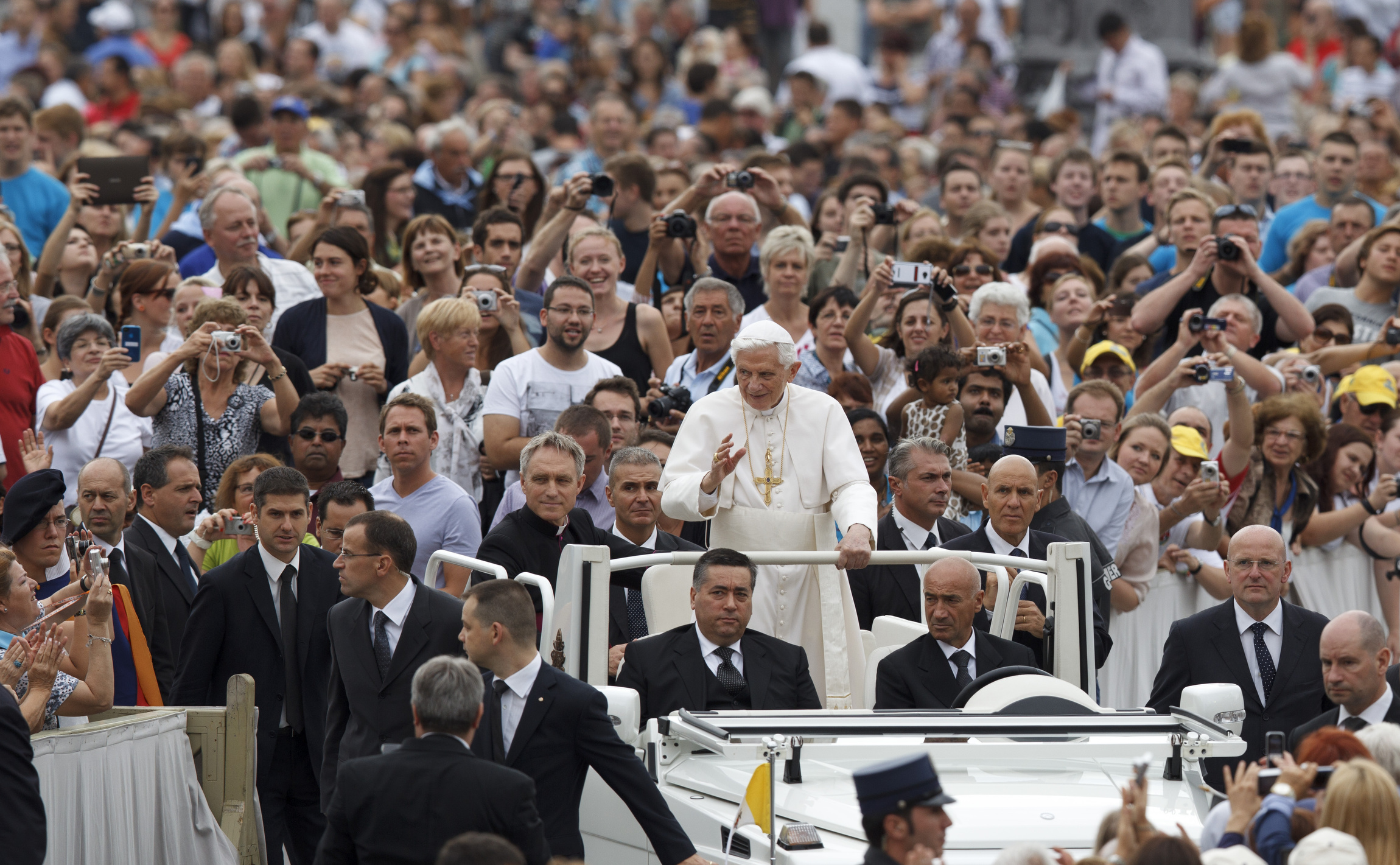 VATICAN CITY — More than 2.3 million pilgrims and visitors joined Pope Benedict XVI for an audience, liturgy or prayer at the Vatican or Castel Gandolfo in 2012, the Vatican said.

The Prefecture of the Papal Household, the Vatican office that coordinates the audiences and distributes the free tickets to papal audiences and liturgies, said its figures were calculations based on the number of tickets requested and estimates of crowd size.

Between Pope Benedict’s election in April 2005 and the end of 2012, more than 20.5 million visitors and pilgrims had joined him for an event in Rome.

The total of 2,351,200 people at papal events included those attending the pope’s 43 weekly general audiences at the Vatican or at the papal summer villa in Castel Gandolfo; special audiences for particular groups; Masses and other liturgies; and a rough estimate of the size of the crowds in St. Peter’s Square or the courtyard of the papal villa for the pope’s recitation of the Angelus or “Regina Coeli” prayer on Sundays and major feast days.

In a statistical table distributed Jan. 4 by the Vatican press office, the prefecture estimated that between Pope Benedict’s election in April 2005 and the end of 2012, more than 20.5 million visitors and pilgrims had joined the pope for an event at the Vatican or in Castel Gandolfo.

The figures released by the prefecture — headed until recently by U.S. Cardinal James M. Harvey — do not include numbers from papal events in the city of Rome, in Italian dioceses or on the pope’s foreign trips.