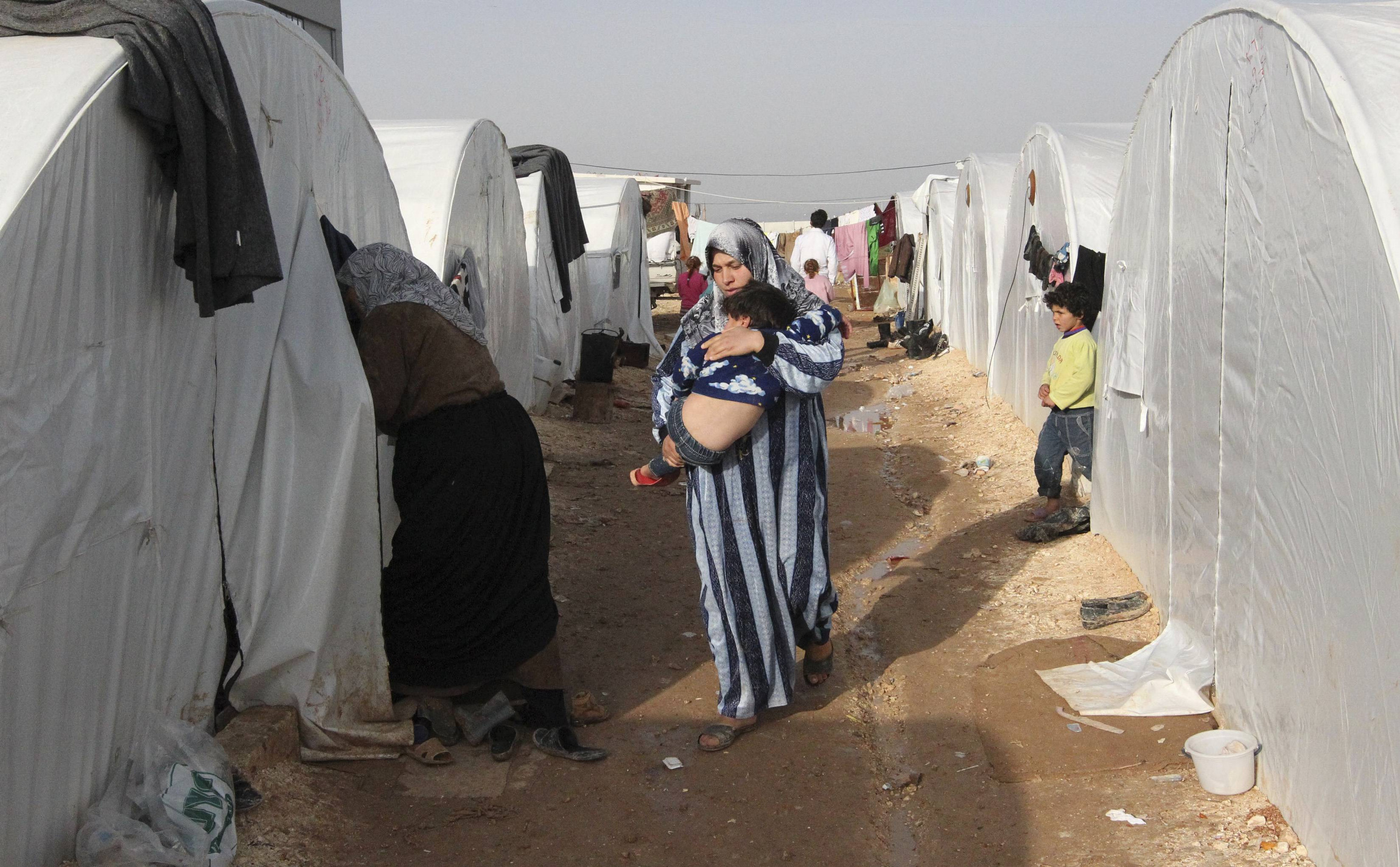 ISTANBUL (CNS) — The relief efforts of U.S. Catholics are helping Syrian refugees in Turkey face their ordeal in a dignified manner that respects their priorities, said Bishop Gerald F. Kicanas of Tucson, Ariz.

Bishop Kicanas, chairman of the board of Catholic Relief Services, traveled to the Turkish-Syrian border to see programs the agency has implemented as part of its Syria emergency response program. He spent Jan. 3 in Kilis province, which serves as a major entry point for Syrians fleeing conflict at home and houses humanitarian aid camps run by the Turkish government.

The bishop told Catholic News Service Jan. 4 that he had spoken to a man who had just received a cash transfer of $150, through a local post office. Providing cash grants is one of the CRS programs designed to help the recipients buy products of their choice for winterization, including children’s clothing, blankets, heating materials, carpets and rent.

“The man, named Mohammed, said it was very organized and … he felt that they were respecting the dignity of the people to prioritize their needs,” said Bishop Kicanas.

The “man said that he’d never felt so respected,” the bishop said.

The city of Kilis has nearly 5,000 refugee families — the largest concentration of Syrians living outside the relief camps, which offer shelter, food, health and educational services.

Bishop Kicanas said the CRS programs focus on refugees living outside of the camps, because they do not benefit from the government services and are the most in need.

“The wounded are cared for in the camp but, outside, they are on their own,” Bishop Kicanas said.

He said that in addition to the cash grants to more than 2,000 of Kilis’ most vulnerable families, CRS was creating child-friendly spaces in the area, where refugee children will be able to spend time with each other under the guidance of trained staff in facilities that provide social activities, such as art, theater, dance, sports, reading and games.

“We need to realize that aid that comes out of the United States, like CRS, can make a huge impact,” Bishop Kicanas said, adding “it changes attitudes.”

He cited the example of a man he met while visiting a Kilis post office where some of the cash grants were being distributed.

“The man in charge of the post office expressed that he’d always been uneasy about Americans and their intentions, but that seeing this helped him see Americans as people with hearts,” Bishop Kicanas recounted.

After visiting one of the Turkish government-run camps, he praised Turkey for its aid to the tens of thousands of Syrians living in them. But he said local Turkish officials admitted to “having a hard time” meeting the needs of the growing number of refugees crossing into the country to escape the continued warfare in Syria.

“There was some bombing while we were there just over the border, and this is leading more refugees,” Bishop Kicanas told CNS.

The U.N. High Commissioner for Refugees estimates that more than half a million Syrians have sought refuge in Turkey and the three other countries surrounding Syria — Lebanon, Jordan and Iraq — as well as in parts of North Africa.

About 140,000 of these refugees are now living in the government relief camps along the Turkish-Syrian border, says UNHCR, which is giving technical support to the nations dealing with the refugee influx and resulting crisis.

The Turkish government estimates that another 70,000 Syrian refugees are living inside Turkey, but outside the camps, on their own.

Turkish officials have made repeated calls on Syrian President Bashar Assad to give up power and end his country’s war between government loyalists and rebel groups.

Bishop Kicanas visited Kilis a day after the UNHCR revealed new data showing more than 60,000 people have been killed in Syria’s conflict since it began in March 2011.

“The Holy See has made it clear that there has to be a diplomatic solution,” to the conflict, said Bishop Kicanas. “The fighting is leading nowhere.”