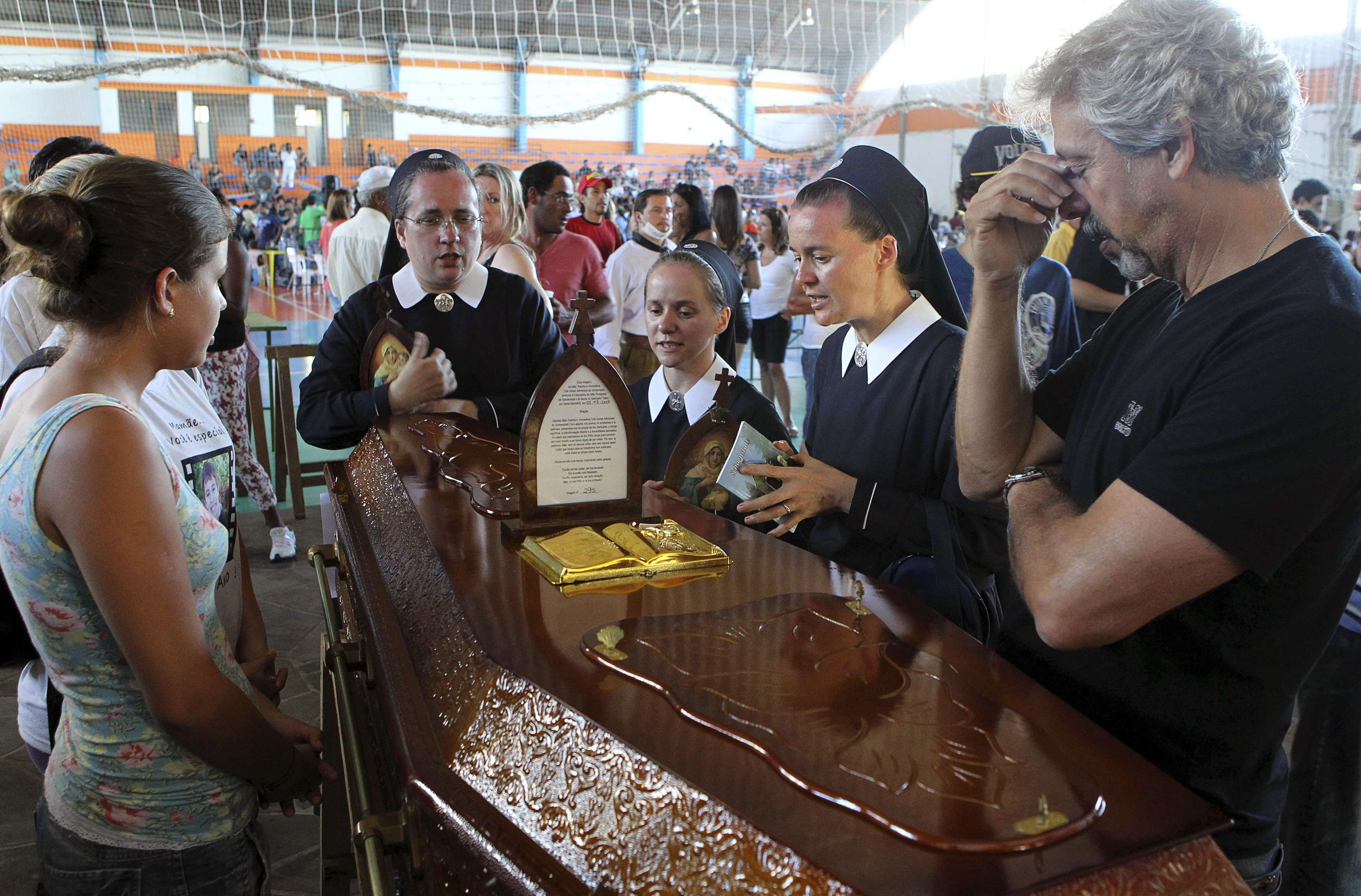 SAO PAULO (CNS) — A Catholic samba group in Rio de Janeiro changed its parade plans after the nightclub fire that killed more than 230 people, most of them students from the local university in Santa Maria.

The Catholic samba block group known as Revelry for Christ was scheduled to parade through downtown Rio Jan. 27. Instead, the group turned its parade into a religious procession, with approximately 30,000 would-be party-goers singing Catholic hymns and making their way to Rio’s metropolitan cathedral, where Archbishop Orani Tempesta celebrated Mass.

“Many of you left your homes early this morning for this annual youth parade which is the Revelry for Christ,” said Archbishop Tempesta, “but the Lord reserved another moment for you to show the world that the youth of today can show solidarity.”

This year’s theme for the parade was World Youth Day, scheduled to be held in Rio de Janeiro July 23-28.

Sao Paulo Cardinal Odilio Pedro Scherer asked Catholics in his archdiocese to celebrate Mass for the victims of the fire.

“The sadness increases with the awareness that the tragedy was a consequence of a series of errors and omissions, certainly avoidable, if security norms had been observed,” said the archbishop.

Officials said several factors contributed to the tragedy, including only one exit door, no sprinklers and the fact that the lead singer of the band was allowed to fire a flare during his performance. The flare ignited the ceiling, and fire quickly spread. Most victims died of smoke inhalation, according to Brazilian officials.

Pope Benedict XVI sent a message to Santa Maria Archbishop Helio Rubert, asking him to express his condolences to the families of the victims.

NEXT: The Pope’s tweets and retweets: Study analyzes @Pontifex traffic