Catholic schools and the Christian mission 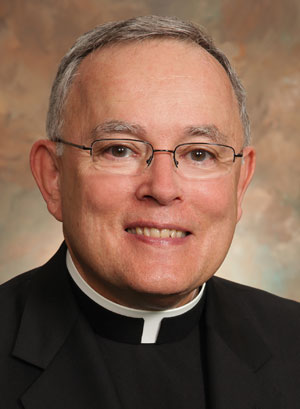 God renews the world with our actions, not our intentions. What separates real discipleship from surface piety is whether we actually do what we say we believe.

Our vocation as Christians is not simply to pass along good morals to our children, or convey a sense of God’s hand in the world. These things are vital, of course, but they don’t exhaust our purpose for being here. Our mission is to bring the world to Jesus Christ, and Jesus Christ to the world. Each of us is a missionary, and our primary task is the conversion of our own hearts and the hearts of others so that someday the whole world will acknowledge Jesus Christ as humanity’s only savior and Lord.

That’s a big job. We can’t do it by just talking about it, any more than Christ could redeem us by writing an essay on sin. The Gospels have power because they tell the story of what God did; what his only Son did; and what Christ’s followers did. The Passion accounts of Christ’s suffering and death move us so deeply because they show in bitter detail how unashamedly God loves us.

This is the hot spark at the heart of every sincere attempt to tell the story of our redemption. God spared not even his own Son in saving us. No wonder the cross draws the eye of great artists again and again down through the centuries. The blood of the cross reminds us that – on at least one day in history – love had no limits. And since then, everything has been different.

How does this relate to Catholic schools?  We tend to forget that for much of its history, the United States has not welcomed Catholics or their faith.  Anti-Catholic prejudice and violence were common.  Catholic schools in the 19th and early 20th centuries had the task of ensuring the survival of the Church by protecting Catholic children from the heavily Protestant formation found in American public education.

Times have changed, and today believing Christians, whatever their background, usually try to seek common ground rather than reasons to disagree.  This is a great blessing.  But the “countercultural” work of Catholic schools – forming young lives in virtue, truth and a vivid Catholic identity – remains crucial.  In a national environment that often seems morally confused, and increasingly indifferent to religion in general and Christianity in particular, Catholic schools offer a path not just to knowledge but to moral wholeness.

By anchoring themselves in the love of God, Catholic schools, at their best, create in the student a hunger for achievement and academic excellence.  They form young people in the kind of moral purpose that leads to leadership and social responsibility in adult life.  The results don’t lie.  It’s no accident that a vast number of business and civic leaders in the Philadelphia region were educated, at least in part, by Catholic schools.

In their effect, our schools are a treasure not just for the Catholic Church, but for the whole public community.  That’s why our archdiocesan schools are worth fighting to keep alive and to grow, despite all the financial pressures we now face.  And that’s why Catholics need to be politically engaged on matters like school choice and financially generous in their support of Catholic education.

This year, January 27 through February 2 is Catholic Schools Week.  Here in Philadelphia, a lot has happened in the last 12 months:  the release of a Blue Ribbon Commission report on Catholic education; parish school reprieves and consolidations; a new chance at life for four high schools scheduled to close; a new Faith in the Future Foundation to underwrite the strategic health of our Catholic schools; and new initiatives to sustain “mission schools” in poor areas.   As we rightly honor our school teachers, administrators and wonderful donors, we need to remember two things:  First, the excellence of our schools makes them worth all of our sacrifices; and second, the purpose of our schools is much more than mere professional success.

God built the Church we’ve inherited through the love of generations of believers. Their witness made our faith possible. It’s now our turn to shape the future by the zeal we bring to our own daily witness. It’s our turn to act. It’s our turn to live our Catholic faith with all the courage and strength Christ brought to loving the Church he founded.

Catholic schools play an irreplaceable role in making that kind of vigorous Christian witness a reality.  More than any other reason, that’s why they’re important.

The Church depends on God who will always renew and protect her. But she also depends on you and me – teachers, pastors, parents and so many others – to carry Christ’s mission into the world. Words are cheap. Actions matter. It’s time to live our Catholic faith as the apostles did – and through it, to reshape the world.

NEXT: Making sense of another ambiguous ‘compromise’