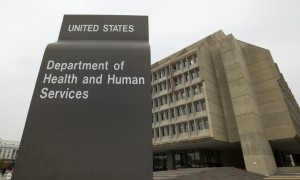 WASHINGTON (CNS) — The latest round of proposed federal rules covering religious institutions that want an exemption from the requirement to provide contraceptive coverage in health insurance make it clear that there’s no inclination at the Department of Health and Human Services to accommodate for-profit secular corporations the same way as nonprofit religious institutions.

For-profit secular entities that object to this requirement on moral grounds may find their only option is to push their case in court, where the history of accommodating a business owner’s religious interests diverts significantly from how a church’s religious rights have been treated.

An updated version of the HHS rules published Feb. 1 redefined the criteria by which nonprofit religious institutions may be either “exempt” or “accommodated” in opting out of providing to coverage that goes against the teachings of the faith.

The Affordable Care Act requires all health care insurance plans to include coverage — at no cost to the employees — of contraception, sterilization and drugs some consider to be abortifacients.

The new proposal is the latest HHS effort to define who qualifies to opt out of that requirement on religious grounds. More than 30 lawsuits challenging the previous round of the rules have been filed by nonprofits including Catholic dioceses, universities and the Eternal Word Television Network.

Most of those cases await decisions. About a dozen have been set aside in procedural rulings or pending action by the Obama administration, according to a scorecard kept by the Becket Fund for Religious Liberty, a nonprofit, public interest law firm.

The U.S. Conference of Catholic Bishops issued a statement Feb. 7 saying the new proposed rules show improvement but fall short of addressing all the church’s concerns. Among the concerns cited by New York Cardinal Timothy M. Dolan, president of the USCCB, is that the update leaves some entities “with no conscience protection at all.”

The Becket Fund, which represents both for-profit and nonprofit plaintiffs against the government, raised several objections and blasted the rules for not covering “family businesses like Hobby Lobby.”

The proposed rules state that no exemption will be given to “for-profit, secular employers.”

HHS is accepting comment until April. Final rules are expected by summer.

The clear distinction between for-profit entities and nonprofits by the HHS warrants a look at how for-profit institutions have been treated in the courts when making religion-based claims.

Among the cases that may have implications are those dealing with religious claims for exemption from Social Security contributions and labor standards. The 2010 Supreme Court ruling in Citizens United v. Federal Election Commission also might come into play.

In Citizens United, the court found that corporations and unions have a First Amendment right to protection from government limits on political expenditures.

The majority opinion in the 5-4 ruling said: “If the First Amendment has any force, it prohibits Congress from fining or jailing citizens, or associations of citizens, for simply engaging in political speech.”

Mark Chopko, an attorney with Stradley Ronon Stevens & Young, who specializes in religious rights issues, told Catholic News Service that “Citizens United at least raises the question of whether organizations have other kinds of First Amendment rights besides ‘speech,'” adding that “there’s not much” by way of First Amendment law protecting private business.

The First Amendment to the Constitution protects free exercise of religion as well as freedom of speech, the press, assembly and petition.

Edward McGlynn Gaffney, Valparaiso University law professor, said people trying to argue that corporations can have other First Amendment rights “need to think about the differences between NARAL, the NAACP, the UAW and the Catholic Church, and if all those are the same kind of protected First Amendment entities.”

To suggest that there are no important constitutional differences among those kinds of institutions is “gambling with big, high-stakes poker,” Gaffney said.

Seeking exemption on a religious basis from taxes and labor standards hasn’t worked out so well for secular, for-profit entities in the past.

For example, Chopko said the legal hurdle is significant for for-profits seeking exemption from the tax code, because, “tax resisters always lose.”

In United States v. Lee in 1982, the court ruled that an Amish employer was not entitled to an exemption from paying into Social Security for his carpentry shop on the basis it would violate his religious beliefs.

“Not all burdens on religion are unconstitutional,” the court said.

“Widespread individual voluntary coverage under Social Security would undermine the soundness of the Social Security system, and would make such system almost a contradiction in terms, and difficult, if not impossible, to administer,” said the unanimous ruling.

The ruling went on to say that Congress had accommodated the practices of individuals who believe it violates their faith to participate in Social Security.

However, it said, “When followers of a particular sect enter into commercial activity as a matter of choice, the limits they accept on their own conduct as a matter of conscience and faith are not to be superimposed on the statutory schemes that are binding on others in that activity. Granting an exemption from Social Security taxes to an employer operates to impose the employer’s religious faith on the employees. The tax imposed on employers to support the Social Security system must be uniformly applicable to all, except as Congress explicitly provides otherwise.”

Chopko, who a former general counsel for the USCCB, also pointed to the 1982 case of the Tony and Susan Alamo Foundation v. Department of Labor as having implications for the for-profits.

The Department of Labor cited the Tony Alamo Ministries for not paying employees at several for-profit businesses operated by volunteers as part of a rehabilitation program.

The court unanimously held that the Free Exercise clause “does not require an exemption from a governmental program unless, at a minimum, inclusion in the program actually burdens the claimant’s freedom to exercise religious rights.”

The court said Alamo Ministries businesses met the definition of “enterprise” under the Fair Labor Standards Act and “are not beyond the act’s reach because of the foundation’s religious character.”

Chopko said that although the ruling’s analysis of the Free Exercise claim was “internally inconsistent,” the court found that Alamo Ministries operated a secular business, “so you are expected to follow the labor rules.”

NEXT: US church leaders, including Archbishop Chaput, express surprise, admiration for pope’s decision