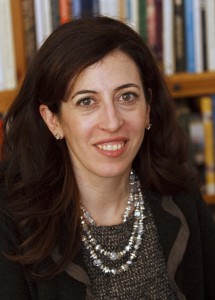 VATICAN CITY (CNS) — In sexual morality, family life and education, the Baby Boom generation ushered in a series of cultural changes that led to an “anthropological crisis” in American society, leaving younger generations yearning acutely for what the Catholic Church has to offer.

That is the assessment of Pia de Solenni, a Seattle-based writer with theology degrees from two Vatican-chartered universities, who now serves as a consultant to the Pontifical Academy of St. Thomas Aquinas. She spoke with Catholic News Service in Rome while participating in the plenary assembly of the Pontifical Council for Culture, which met in early February to address the theme of “emerging youth cultures.”

The sexual revolution, promoted by mass media and facilitated by abortion and contraception, led to a breakdown of the family, so that an estimated 40 percent of births in the U.S. today are to single mothers, de Solenni said.

“There is something missing there, in terms of a father for the child, the security of knowing that your mother and father love each other,” she said.

Lacking complete or stable families, many raised since the 1970s have failed to develop the capacity for strong and intimate relationships, de Solenni said. They have also failed to receive religious education in the home, which the church teaches should be the primary site of such instruction.

Yet the ethos of promiscuity is losing its luster for the young, de Solenni said, pointing to evidence from popular culture. In the last decade the television series “Sex and the City” portrayed a libertine lifestyle as a glamorous option for women, she said, but the current hit “Girls” highlights the anomie and alienation that such behavior produces.

Young Americans are hungering for the sorts of relationships, love and intimacy that they can best find in the church, she said, as well as for the personal dignity that Catholic moral teaching ensures.

Younger Americans today are also suffering effects of the ideology of inflated self-esteem that prevailed for decades in their schools, she said, since such education is poor preparation for the harsher tests of adult life.

More recently, Solenni said, advances in technology have made possible what she calls the “iWorld,” in which one can adjust one’s environment to taste, in every respect from climate control to entertainment, facilitating an increasingly disconnected society of “atomistic selves.”

As discouraging a picture as she paints of the American socio-cultural landscape, de Solenni insists that all this represents a momentous opportunity for Catholic evangelization.

Young Americans are hungering for the sorts of relationships, love and intimacy that they can best find in the church, she said, as well as for the personal dignity that Catholic moral teaching ensures.

“One woman in particular told me that it wasn’t till she met her husband, who is a Christian, that she had any sense that she could not have sex on a date,” de Solenni said. “She thought it was something you were supposed to do.”

The church’s social teaching is also eminently suited to addressing the nation’s current economic woes, she said, which are largely the consequence of the previous generation squandering young Americans’ future.

“I think it would be a great opportunity for the church to step up on the side of youth and to talk about the injustice, and also to give a plan for going forward, because clearly we need something different,” she said.

De Solenni stressed that evangelization must be serious, with an emphasis on authentic doctrine and prayer, to be effective.

She praised the work of college ministries, particularly through the Fellowship of Catholic University Students and various Newman Centers, as well as youth groups in parishes across the country.

Such groups, she said, provide an experience of community in which faith naturally thrives.

NEXT: Pope Benedict, citing age, announces he will resign