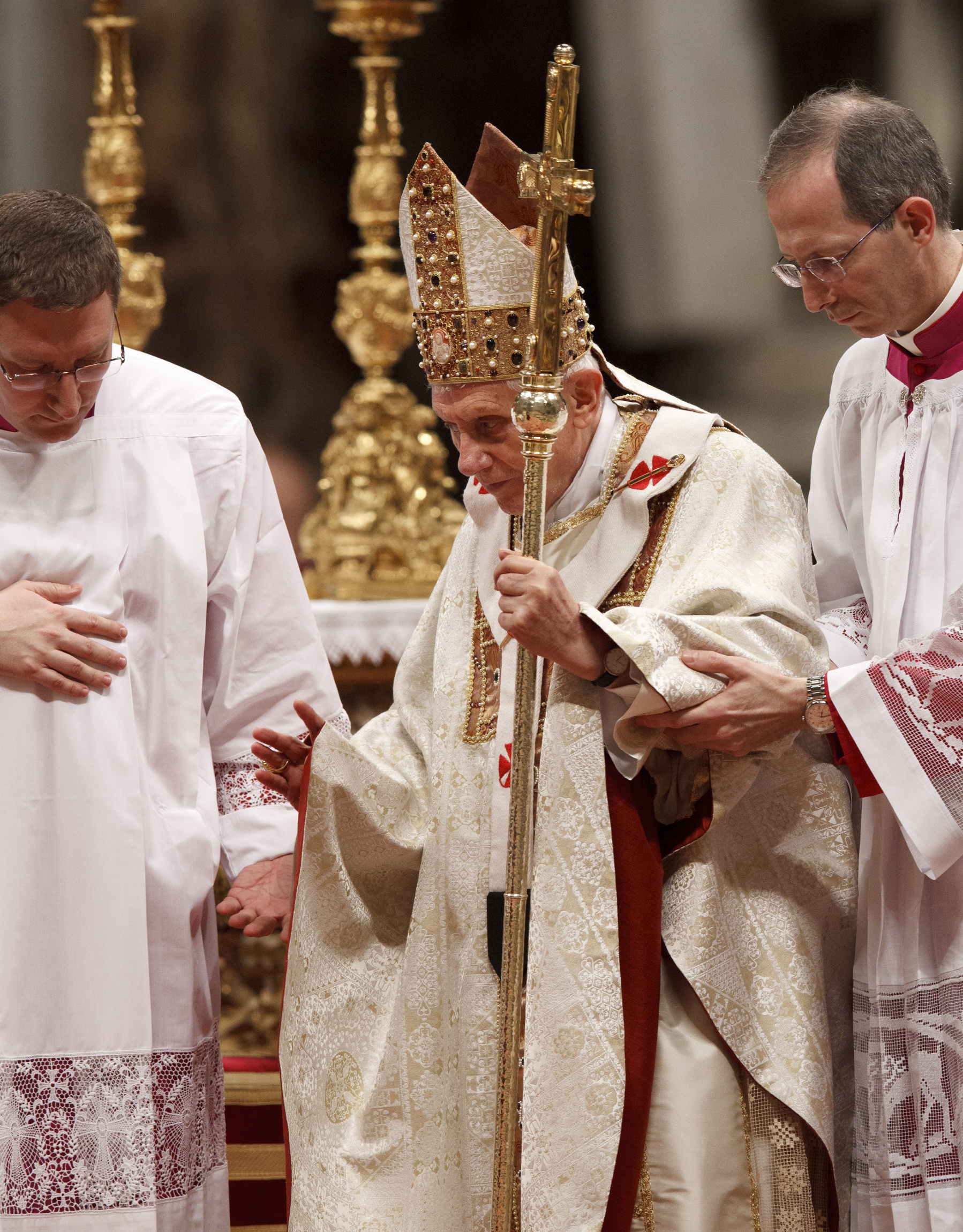 VATICAN CITY (CNS) — From the moment he was elected pope at the age of 78 in 2005, Pope Benedict XVI has kept a schedule that appeared light compared to that of Blessed John Paul II, but busy for a man who already had a pacemaker and who wanted to retire to study, write and pray when he turned 75.

Announcing Feb. 11 that he would resign at the end of the month, Pope Benedict, 85, said, “I have come to the certainty that my strengths, due to an advanced age, are no longer suited to an adequate exercise of the Petrine ministry.”

Speaking to reporters after the pope’s announcement, Jesuit Father Federico Lombardi, Vatican spokesman, told reporters the pope was not ill, but made the decision because of his declining strength due to his age.

The pope recognized his limits with “a lucidity and courage and sincerity that are absolutely admirable,” Father Lombardi said.

Meeting reporters again Feb. 12, Father Lombardi confirmed that Pope Benedict had gone to a private health clinic in Rome about three months ago to have the batteries changed on his pacemaker. It was a simple, routine procedure and had not influence on the pope’s decision to resign.

Father Lombardi said the pope had had the pacemaker put in several years before his election. A Vatican reporter, who had followed the career of the then-Cardinal Joseph Ratzinger, said the pacemaker was put in the 1990s at Rome’s Gemelli Hospital.

Pope Benedict often has seemed tired, with large, dark circles under his eyes during especially busy periods of public liturgies and audiences.

In October 2011, Pope Benedict began riding a mobile platform in liturgical processions. At the time, Father Lombardi said it was “solely to lighten the burden” of processions, although he acknowledged the pope had been experiencing the kind of joint pain normal for a man his age. Just a few months later, the pope began using a cane to walk, although it often looks like he is carrying it, not relying on it, for support.

However, just in the past few months when celebrating Mass in St. Peter’s Basilica, the pope no longer walks all the way around the altar when using incense at the beginning of Mass; instead he raises the thurible only from the back of the altar. And at the end of a Mass Feb. 2, the pope lost his grip on his crosier; as it fell, Msgr. Guido Marini, the papal master of liturgical ceremonies, caught it.

When he was elected in 2005, he was said to have told his fellow cardinals that his would not be a long papacy like that of his predecessor, who held the office for more than 26 years.

The German author and journalist Peter Seewald asked Pope Benedict in the summer of 2010 whether he was considering resigning then, a time when new reports of clerical sexual abuse were being published in several European countries.

“When the danger is great, one must not run away. For that reason, now is certainly not the time to resign,” he told Seewald, who published the remarks in the book, “Light of the World: The Pope, the Church and the Signs of the Times.”

The pope did tell him, though, “one can resign at a peaceful moment or when one simply cannot go on. But one must not run away from danger and say that someone else should do it.”

In another section of the book, the pope told Seewald: “If a pope clearly realizes that he is no longer physically, psychologically and spiritually capable of handling the duties of his office, then he has a right and, under some circumstances, also an obligation to resign.”

While no pope has resigned since Pope Gregory XII in 1415, even as a cardinal Pope Benedict did not rule out the possibility.

Even before Blessed John Paul’s health became critical, reporters asked the then-Cardinal Joseph Ratzinger whether he thought Pope John Paul could resign. “If he were to see that he absolutely could not (continue), then he certainly would resign,” he said.

NEXT: List of potential cardinal-electors for a papal conclave