Pope Benedict thanks faithful, asks them to pray for next pope 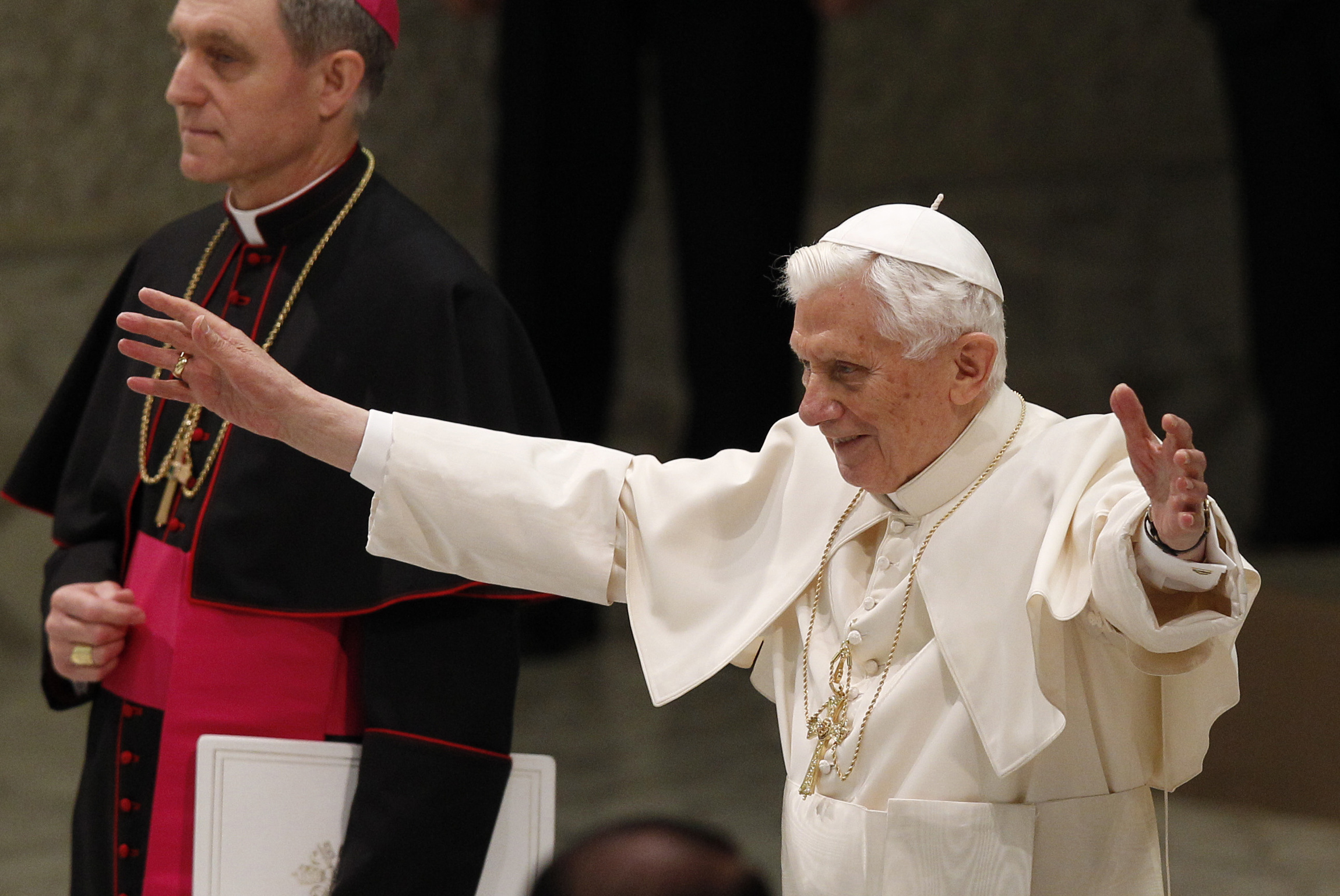 VATICAN CITY (CNS) — At his first public appearance since he announced that he would resign at the end of February, Pope Benedict XVI thanked the faithful for their love and prayers and asked them to pray for his successor.

“I have felt, almost physically in these days — which haven’t been easy for me — the strength that prayers, love for the church and prayers for me bring me,” the pope told some 7,000 people at his weekly public audience Feb. 13.

Coming two days after he made the announcement in Latin to a room full of cardinals, the pope’s Ash Wednesday audience gave him the chance to explain his historic decision to his global flock, and to get taste of their reactions.

(See a video of the Pope’s audience:)

“As you know, I have decided …” he said, before the capacity crowd in the Vatican audience hall broke out in prolonged applause, bringing a smile to the 85-year-old pope’s face.

Pope Benedict explained that he had made his decision “in full freedom, for the good of the church, after having prayed for a long time and having examined my conscience before God, well aware of the seriousness of that act, but also aware of no longer being capable of fulfilling the Petrine ministry with the strength that it requires.”

The pope appeared tired but smiled frequently and at times broadly during the hourlong audience.

“The certainty that the church is Christ’s and he will never cease guiding it and caring for it sustains me and enlightens me,” the pope said. “I thank all of your for the love and prayers with which you have accompanied me.

“Continue to pray for me, for the church, for the future pope,” he said in conclusion, drawing an ovation a full minute long.

The rest of the audience proceeded more normally, with Pope Benedict devoting his catechetical talk for Ash Wednesday to the subject of Lent. Sounding one of the major themes of his pontificate, he called on the faithful to make a deeper personal conversion to Christ, in spite of the temptations and hostility of secular society.

Modern societies and cultures truly test Christians today, he said. For instance, “it is not easy to be faithful to Christian matrimony, practice mercy in daily life, leave room for prayer and interior silence; it is not easy to publicly oppose choices that many people consider obvious, like abortion in the case of an unwanted pregnancy, euthanasia in the case of serious illness or the selection of embryos to avoid hereditary diseases.”

However, he said, even in the modern age there have been shining examples of people who have converted or returned to their faith, radically changing their lives.

The pope specifically mentioned Pavel Florensky, a Russian mathematician and physicist who converted to the Orthodox Church and eventually became a monk; Etty Hillesum, a young Dutch woman from a Jewish family who discovered Christianity during World War II and died at Auschwitz; and Dorothy Day, the U.S. founder of the Catholic Worker movement.

Day made her “journey toward faith in an environment that was so secularized and very difficult, but grace was still at work, as she herself underlined, the pope said. “God led her to a deep attachment to the church, to a life dedicated to the marginalized.”

(Read the full text of the Pope’s audience at the Vatican’s website.)

PREVIOUS: Pope Benedict has made 24 trips outside Italy during pontificate