Pope Benedict’s resignation will set in motion period of transition 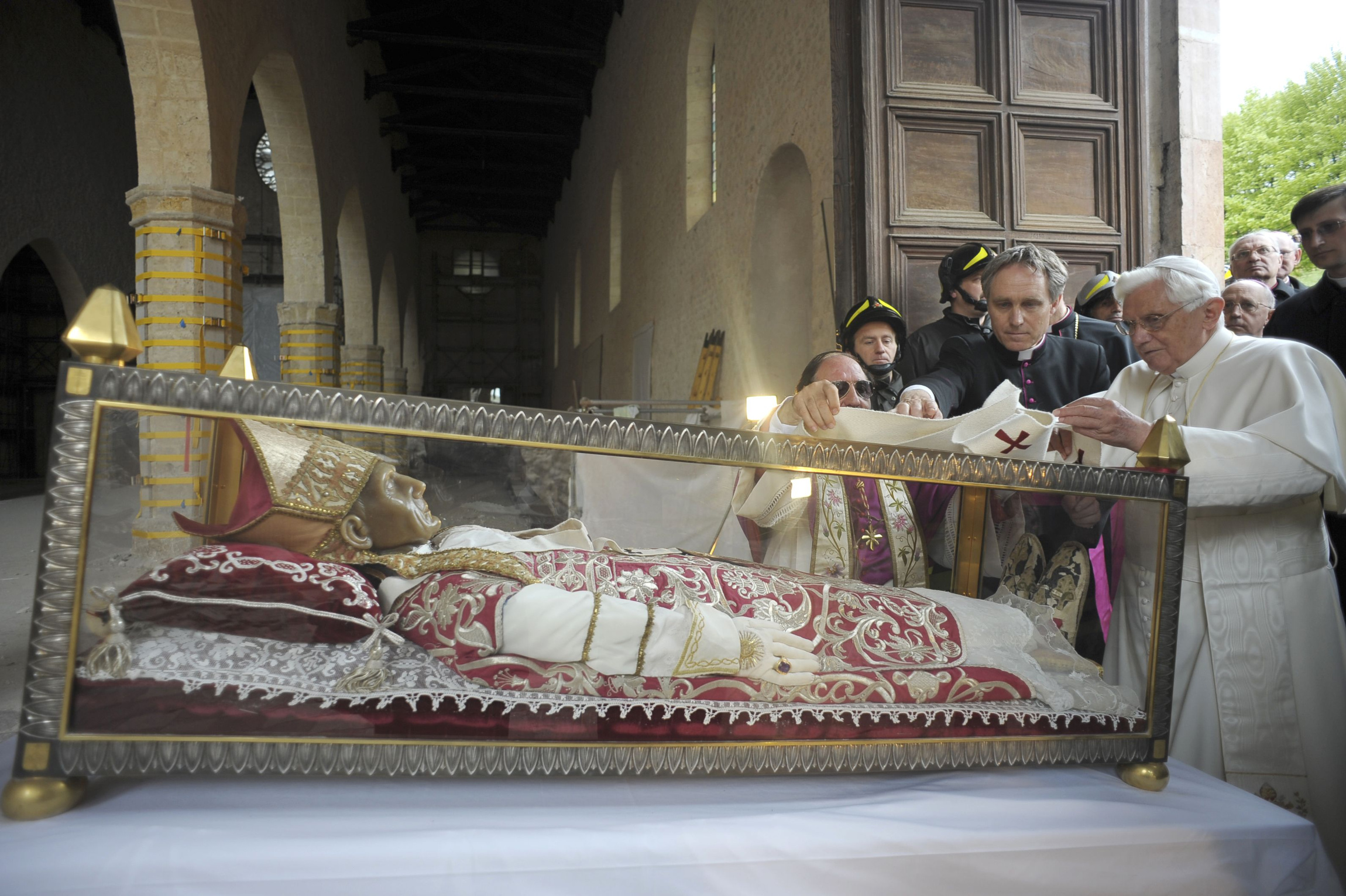 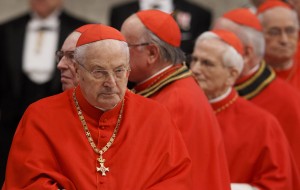 Cardinal Angelo Sodano, dean of the College of Cardinals, left, and other cardinals wait for Pope Benedict XVI’s arrival to deliver a talk at the conclusion of a Mass for the Knights of Malta in St. Peter’s Basilica at the Vatican Feb. 9. Cardinal Sodano has the responsibility to make preparations for the papal conclave that will be held to elect Pope Benedict XVI’s successor. The pope announced his resignation Feb. 11. (CNS photo/Paul Haring)

VATICAN CITY (CNS) — While the surprise resignation of Pope Benedict XVI is a first for the church in centuries, it also leads to a complicated period of transition that ends in the election of a new pope.

Regulated by ancient traditions and recent rules, the period between popes — known by the Latin term “interregnum” — will begin exactly at 8 p.m. Rome time Feb. 28, a date and time Pope Benedict stipulated in a declaration he made Feb. 11 for when the See of Rome and the See of St. Peter will be vacant.

Normally the interregnum begins with a pope’s death and is followed by a period of mourning.

This time the pope will resign from his ministry and spend a short period of prayer and reflection at the papal summer villa in Castel Gandolfo, south of Rome, before moving to a monastery at the Vatican.

The rules governing the interregnum are matters of church law, not dogma.

The apostolic constitution “Universi Dominici Gregis” confirms that as long as the Holy See is vacant, the universal church is governed by the College of Cardinals, which cannot, however, make decisions normally reserved to the pope. Such matters must be postponed until the new pope is elected.

Until there is a pope, the Roman Curia — the Vatican’s network of administrative offices — loses most of its cardinal supervisors and cannot handle any new business.

The College of Cardinals is to deal solely with “ordinary business and matters which cannot be postponed.” At present, there are 209 cardinals, and all of them are asked to meet in Rome to help administer the transition period.

The College of Cardinals does this through two structures: a general congregation, in which all the cardinals are to meet daily; and a particular four-member congregation, consisting of the chamberlain of the Holy Roman Church, Cardinal Tarcisio Bertone, and a rotating team of three cardinal assistants.

Only those cardinals under age 80 will be eligible to vote in the coming conclave. Cardinals who are age 80 or over by the time the “sede vacante” begins Feb. 28 are excluded from the closed-door proceedings. There will be 117 cardinal-electors on that date.

As chamberlain, Cardinal Bertone is to administer the goods and temporal rights of the Holy See until the election of a new pope.

Meanwhile, the dean of the College of Cardinals, Cardinal Angelo Sodano, is charged with making preparations for a conclave to elect a new pope, and the cardinals must set the time for the conclave to start.

The word conclave comes from Latin, meaning literally “with key,” and reflects the previous tradition of locking the cardinals in an area where they would spend day and night until the new pope’s election.

On the day set for entry into the conclave, the cardinal-electors assemble in St. Peter’s Basilica to attend morning Mass. In the afternoon, they walk in procession to the Sistine Chapel, located just to the north of St. Peter’s.

The voting may begin that afternoon with one ballot; on following days, normally two ballots are held in the morning and two in the afternoon.

A pope is elected when he obtains a two-thirds majority, reflecting a change Pope Benedict established in 2007 that effectively undid a more flexible procedure introduced by Blessed John Paul.

According to the new rule, the two-thirds-majority rule cannot be set aside even when cardinal-electors are at an impasse.

If the cardinals are deadlocked after 13 days, the cardinals pause for a day of prayer, reflection and dialogue, then move to runoff ballots between the two leading candidates. A papal election will continue to require a majority of two-thirds of the voting cardinals.

All voting is secret, in writing, on paper ballots, which are deposited in a receptacle by each elector, then counted. Ballots are taken to any cardinals residing at the Domus Sanctae Marthae but who are too sick to come to the Sistine Chapel.

After each morning and afternoon round of voting, the ballots are burned.

By tradition but not by rule, they are burned with special chemicals to produce the black smoke signifying an inconclusive vote, or white smoke if a new pope was elected. Due to confusion in the past as people in St. Peter’s Square tried to determine what color smoke was coming out of the Sistine Chapel smokestack, the basilica’s bell is also rung to confirm a successful election.

Once a new pope has been elected, he is asked if he accepts the office — he is encouraged but not bound to do so by the current rules — and is asked to choose a name.

Traditionally, the senior member of the cardinal deacons — currently Cardinal Jean-Louis Tauran, 69 — announces the successful election results from the central balcony of St. Peter’s Basilica. After the new pope has donned papal robes, he proceeds to the balcony, where he greets the public and offers his first blessing.

At a time designated by the pope, usually a few days later, he officially opens his ministry with an investiture Mass at St. Peter’s. The new pope is no longer crowned with a papal tiara, but receives a pallium, or stole, in recognition of his authority.

Contributing to this story were Carol Glatz and John Thavis in Rome.

NEXT: Pope Benedict’s pontificate marked by teaching, call to return to faith