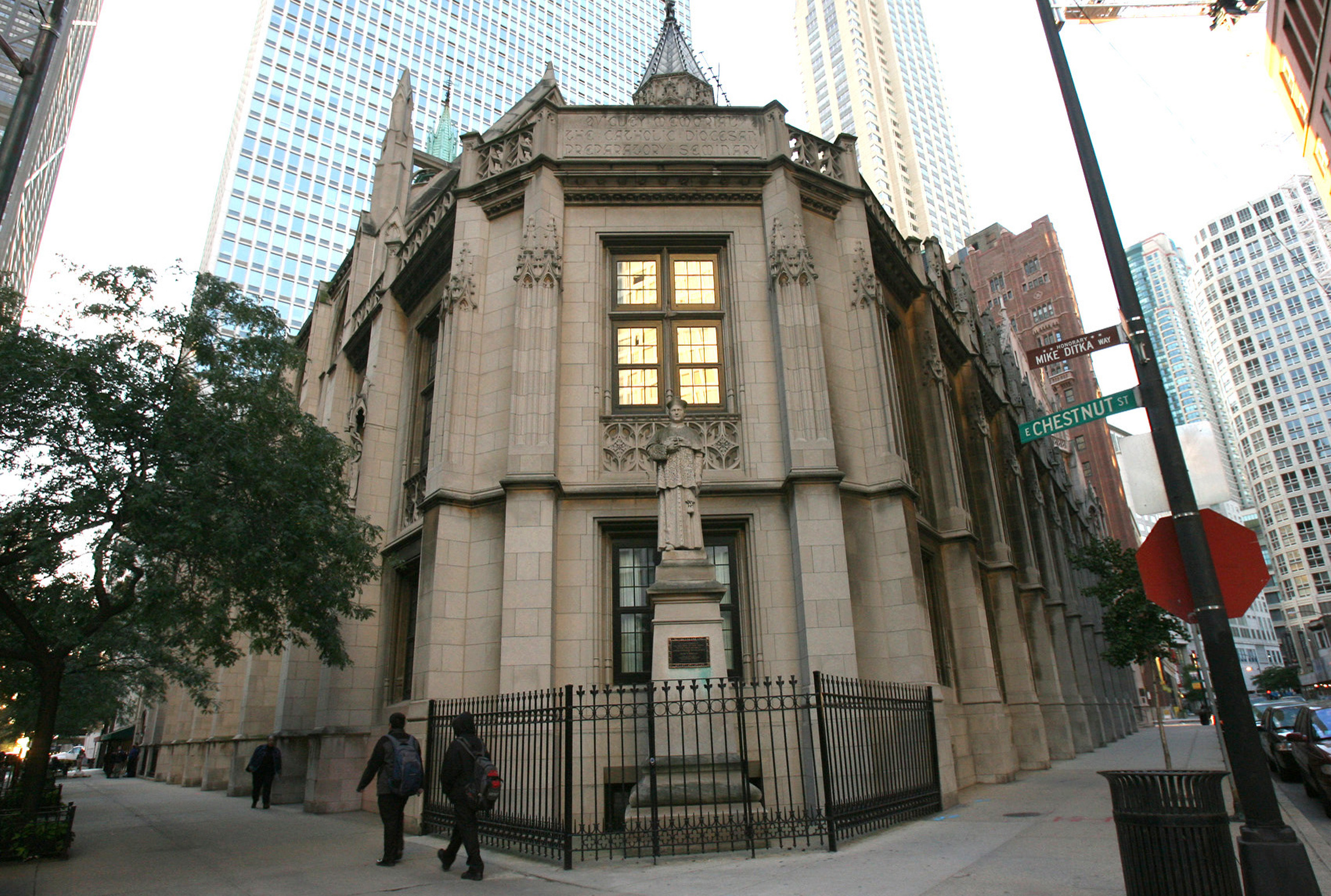 CHICAGO (CNS) — The Chicago Archdiocese has laid off 60 pastoral center employees and must consolidate some of its agencies because of a deficit in the budget of its administrative operations, according to Cardinal Francis E. George.

He announced reduction in staff and other changes in his column in the March 3-16 issue of the Catholic New World, the archdiocesan newspaper.

“Like so many other families and institutions, the Archdiocese of Chicago has suffered during the economic downturn of these past few years,” he said. “The archdiocese remains a financially secure institution with a strong asset base.”

However, he said, the archdiocese’s “administrative operations have run operating deficits of more than $30 million in each of the past four years.”

“Since this trend is unsustainable, I want to set out the measures we are taking to ensure prudent stewardship of our resources for years to come,” he explained.

The ongoing deficit has required the archdiocese to reduce the costs of its pastoral center operations, he said, which means eliminating 75 positions. Besides the 60 employees who have been laid off, the archdiocese will not fill 15 vacant positions. Of the 75 positions, 55 were full time, Cardinal George said.

Those now out of a jobs will receive severance pay and continued health insurance coverage and can access services of an outplacement firm contracted by the archdiocese to help them find new jobs, he said.

“Our employees are faith-filled men and women who have worked tirelessly for the good of the church. Please keep them in your prayers,” the cardinal said.

The “financial crunch” means the archdiocese also will reduce its agencies and ministry offices from 16 to nine, he said.

Ministries “that implement Catholic social teaching,” he said, such as the Respect Life, Immigration, Peace and Justice offices, and Kolbe House Jail Ministry will be consolidated into a new Office of Human Solidarity and Dignity.

A new division called Ministry Formation Initiatives will combine other services. There will be a focus on providing training and formation resources, he said, “in collaboration with our field vicariates.”

Ethnic communities will mainly be served through parish-based efforts and special councils, with less staffing at the Pastoral Center. 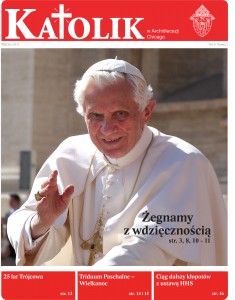 This is the cover of the Archdiocese of Chicago’s Katolik, the only Polish-language monthly archdiocesan newspaper in the country.

The archdiocese also closed Katolik, the only Polish-language monthly archdiocesan newspaper in the country. Catolico, the Spanish-language paper, will stay open at this time.

Cardinal George also said a strategic plan has been put in place to secure the finances of the archdiocesan school system. “Difficult choices” will have to be made to close or consolidate a few schools that are no longer sustainable, he said.

He outlined three other key components of that plan: using better practices in enrollment and fiscal management to improve operating results of parishes and schools that draw upon archdiocesan subsidies; creating a very large scholarship fund to make Catholic education more affordable to lower- and middle-income families; and establishing an even stronger partnership with the nonprofit foundation the Big Shoulders Fund, “which has been very helpful to us in keeping inner-city schools open and vibrant.”

Cardinal George in his column also said the archdiocese in the short term is scaling back on loans and grants to parishes and implementing “stricter criteria” to qualify for such aid.

The archdiocese will continue to invest in its Parish Transformation initiative begun two years ago to help parishes “bring new life to their mission,” he said, but for now it will focus on those parishes “most in need of help.”

Cardinal George said the cost reductions he laid out in his column resulted from several months of consultation with the Archdiocesan Finance Council, the Archdiocesan School Board, priest consultative bodies, and other constituencies across the archdiocese.

The reductions will save $11 million to $13 million annually by fiscal year 2015, he said.

He emphasized that the archdiocesan operating budget for its administrative services does not include “any payments related to misconduct nor any of the professional help given to victims of sexual abuse by priests or others in the church.”

NEXT: Father Kapaun, Korean War hero, to receive Medal of Honor in April