U.S. responsibilities to Iraq many on 10th anniversary of 2003 invasion 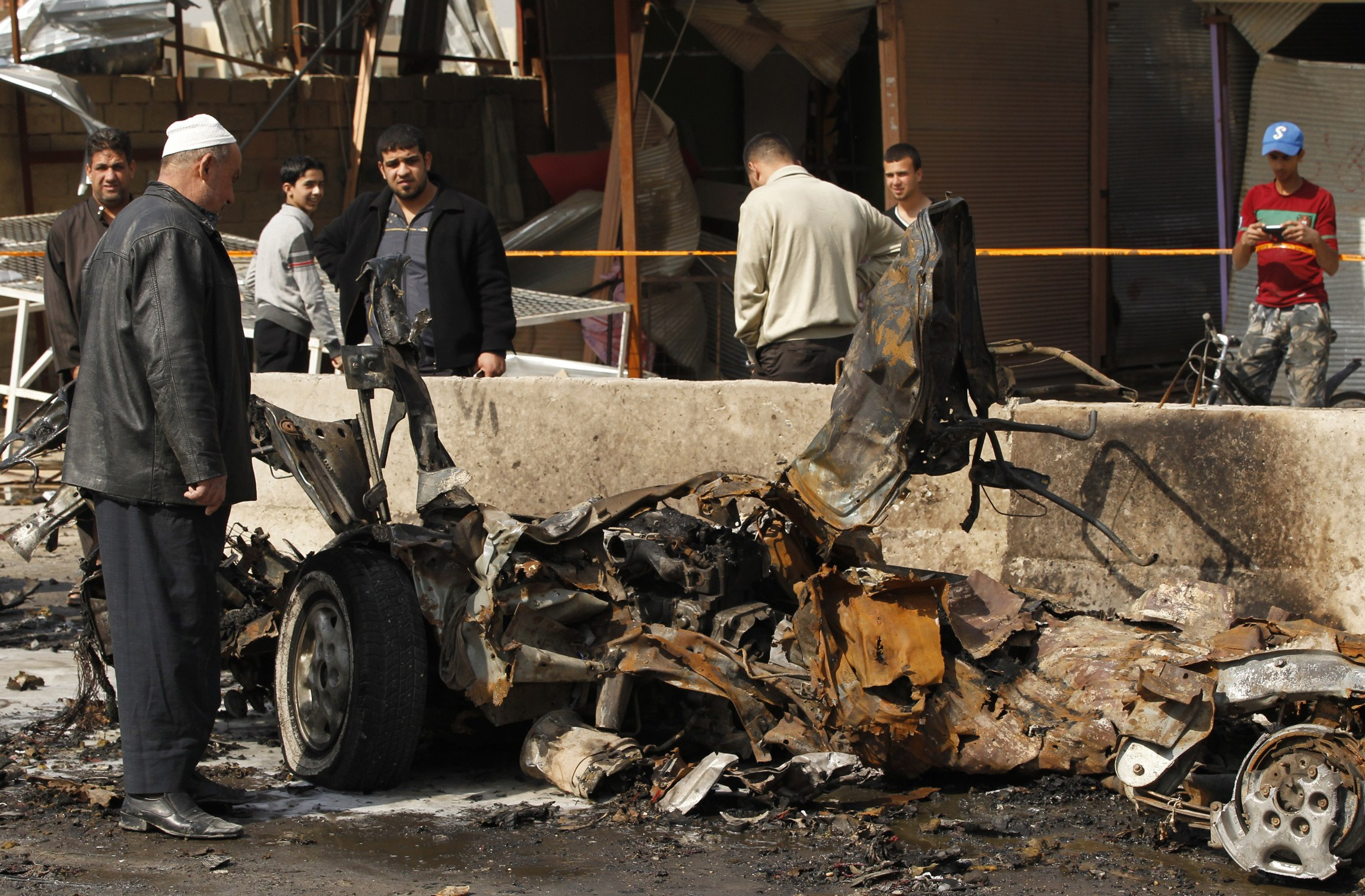 WASHINGTON (CNS) — Attending the installation of Patriarch Louis Sako as the new leader of the Chaldean Catholic Church in Baghdad, Bishop Richard E. Pates of Des Moines, Iowa, looked around at the large crowd gathered in St. Joseph Cathedral and what he saw gave him a sense of hope.

Seated in the congregation amid tight security during the March 6 ceremony were Iraqi Prime Minister Nouri al-Maliki and parliament speaker Osama al-Nujaifi. That political leaders would attend was not unexpected.

But Maliki, a Shiite Muslim, and Nujaifi, a Sunni Muslim, are political rivals from different branches of Islam. That they were able to put aside their differences in a show of unity to support the minority Chaldean church and its new patriarch impressed Bishop Pates.

“It’s a definitive expression that minority religions are going to be accepted and protected and encouraged,” said Bishop Pates, who represented the U.S. Conference of Catholic Bishops as chairman of the Committee on International Justice and Peace.

The religious leaders placed the problems confronting Iraq squarely on the shoulders of the United States, Bishop Pates said. Those leaders, he said, want the U.S. in some way to make reparation for the destroyed infrastructure, collapsed economy, sectarian violence and lack of safety for religious minorities.

“The government wanted to make that loud and clear,” he said.

It was a small step in Iraq’s agonizingly slow recovery a decade after what the bishop described as an unnecessary “invasion and occupation” of Iraq by a U.S.-led military coalition.

Bishop Pates told Catholic News Service March 11 that minority Christian leaders expressed the same hope during his two-day whirlwind visit to Baghdad. Joining him on the trip was Syrian Bishop Yousif Habash of Our Lady of Deliverance of Newark, N.J.

Meeting church leaders from Iraq, Iran, Jordan and Syria, Bishop Pates said the challenges that remain in the aftermath of the war are foremost in their minds as the 10th anniversary of the March 20, 2003, invasion of Iraq approached.

The religious leaders placed the problems confronting Iraq squarely on the shoulders of the United States, Bishop Pates said. Those leaders, he said, want the U.S. in some way to make reparation for the destroyed infrastructure, collapsed economy, sectarian violence and lack of safety for religious minorities.

“The U.S. invaded and occupied, so they’re responsible for the situation,” Bishop Pates agreed.

When the case for war was being made in late 2002 and early 2003, the USCCB and Blessed John Paul II warned that an invasion was unwarranted under the long-standing just war criteria. The church compared the difference between preventive and preemptive war, questioning whether the latter was a threshold that should be crossed.

Once the war began, the bishops called repeatedly for an end to hostilities as soon as possible and for a “responsible transition” to Iraqi rule. Their call today has expanded to the protection of religious minorities, particularly Christians, and care for the millions of Iraqi refugees displaced by the hostilities.

“Every time I hear them talking about Iran, I get this terrible sense of deja vu,” said David Cortright, director of policy studies at the Kroc Institute for International Peace Studies at the University of Notre Dame.

About 2 million people fled Iraq during the war and another 2 million remain displaced within Iraq, according to the U.N. High Commissioner for Refugees. Further, the Christian population, primarily Chaldeans, has dwindled to fewer than 500,000 from 1.5 million at the start of the war as people have come to fear attacks on their homes and in their churches.

“They continue to leave,” Bishop Pates said, “because they wonder ‘What future is there for our children?'”

While the transition to Iraqi leadership occurred once the U.S. withdrew the last of its forces in December 2011, Iraq remains a country largely in disarray.

Several Catholic observers said that the U.S. reputation is tarnished in Iraq, leaving political leaders few options to directly respond to the country’s needs. Americans individually, they said, can show their support for Iraq and her people through prayer, showing solidarity with Chaldeans and other Christians, outreach to refugees who have made their way to the U.S. and a pledge to pressure political leaders more fully when a case for war is made against another country in the future.

Bishop Gerald F. Kicanas of Tucson, Ariz., visited Baghdad in October 2011 with Bishop George V. Murry of Youngstown, Ohio, in a trip to establish bonds between the Iraqi and American churches. Bishop Kicanas told CNS that Iraqi refugees are in need of support as they settle in the U.S.

“Sometimes having left a place of trauma, they come to a place like the United States seeking a new life and find themselves faced with many difficulties,” he said. “There’s language. There may be no work even though they may be professionals. They’re displaced from their own culture. It’s hard for the children to feel comfortable in school.”

Maryann Cusimano Love, associate professor of international relations at The Catholic University of America, said the U.S. response in rebuilding Iraq has been limited by corruption among the contractors hired to deliver a variety of services. Citing a report by the Special Inspector General for Iraq Reconstruction, Love said the contracting process had little oversight, opening the door for fraud and abuse.

That leaves other steps, Love explained, including prayer and support of organizations such as Catholic Relief Services and Caritas Iraq.

The U.S. has an obligation to care for U.S. soldiers who have returned home with traumatic injuries and psychological wounds as well as their families,” Love said.

“In our internal domestic budget battles, we must not cut what we owe to these people who have these ultimate sacrifices,” she said.

The country, Catholics included, must be vigilant when officials make the case for war and seriously question the claims being made to avoid “making same mistake again,” said David Cortright, director of policy studies at the Kroc Institute for International Peace Studies at the University of Notre Dame.

“Every time I hear them talking about Iran, I get this terrible sense of deja vu. We’re threatening possible military action against a country for its nuclear weapons capability that doesn’t exist yet,” Cortright said.

The faith community, including Catholics, should lead the questioning, he said, as it did in the run up to the Iraq war.

“It’s all there in the tradition of Catholic social teaching,” he said.

NEXT: Western Pa. university mourns death of coach, her unborn child in crash