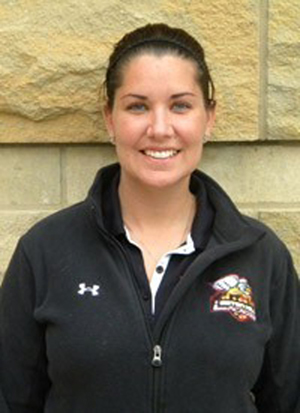 Kristina Quigley, head coach of the Seton Hill University women’s lacrosse team in Greensburg, Pa., is pictured in an undated photo. Quigley was killed March 16 when a bus carrying the lacrosse team crashed on the Pennsylvania Turnpike, killing the driver and Quigley, who was pregnant, and her unborn baby boy died as a result of the crash. (CNS photo/courtesy Seton Hill University via Reuters)

GREENSBURG, Pa. (CNS) — Seton Hill University in a statement said the school community is “deeply saddened by the tragic bus accident” the morning of March 16 that took the life of the head coach of the women’s lacrosse team and her unborn child, and also killed the driver and injured 13 players.

The bus was carrying 23 people from Seton Hill to an NCAA Division II match at Millersville University in Millersville. It crashed about 50 miles from Millersville in central Pennsylvania.

Police were investigating what caused the bus to veer off the Pennsylvania Turnpike and crash into a tree, killing Coach Kristina Quigley, 30, who was six months pregnant, and the driver, Anthony Guaetta, 61.

Guaetta, who was from Johnstown, died at the scene. Quigley died from her injuries at the hospital; doctors could not save her unborn child.

Bishop Brandt, in a statement posted on his diocese’s website, expressed “deep sadness” about the tragic accident. “Our prayers and heartfelt sympathy,” he said, “go out to the Seton Hill community” as well as the coach’s family and the family of the driver and those injured.

Quigley is survived by her husband, Glenn, and the couple’s young son, Gavin. The child they were expecting was a boy they had planned to name Jackson.

“The university extends (its) deepest sympathy to Quigley’s husband and family,” the school’s statement said.

In its statement, the university also said it was “sensitive to the emotional well-being of our students and the responders who were involved in this tragic accident.” It offered the help of counselors at the student center and through campus ministry to those seeking counseling.

According to the university, Quigley had just begun her second season with the Seton Hill women’s lacrosse program. She led the Griffins to 11 victories in her first season. A Baltimore native, Quigley came to Seton Hill most recently from Erskine College in Due West, S.C., where she started the NCAA Division II program. Prior to that post, Quigley worked as the assistant lacrosse coach at Duquesne University, her alma mater.

WTAE-TV in Pittsburgh reported that the Cumberland County coroner ruled March 18 that the driver died from “multiple blunt-force traumatic injuries sustained in the crash.” He also told the TV station that Guaetta had not suffered any kind of medical emergency prior to the wreck. A toxicology report was pending.

The station also reported the coroner determined that Quigley died from multiple traumatic injuries, and her unborn baby died from “placenta abruption.”

Jennifer Kocher, a spokeswoman for the state Public Utility Commission, which regulates bus companies, told reporters the bus operator, Mlaker Charter & Tours of Davidsville, was current on its inspections, which include bus and driver safety checks.

PREVIOUS: U.S. responsibilities to Iraq many on 10th anniversary of 2003 invasion