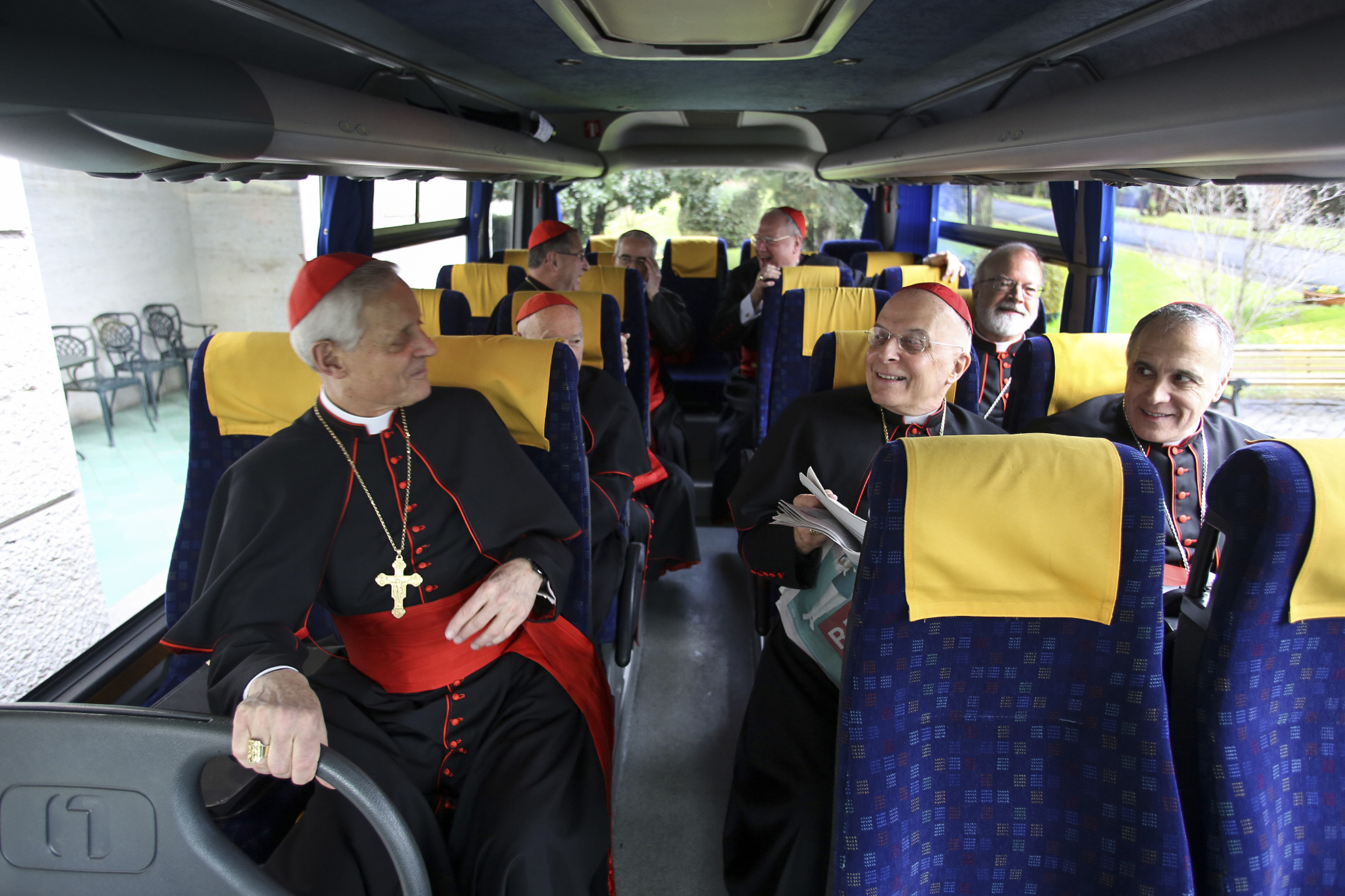 VATICAN CITY (CNS) — During their last meeting before entering the conclave to elect a new pope, the world’s cardinals heard a report on the Vatican bank and continuing efforts to comply with international standards to prevent money laundering and the funding of terrorism.

The presentation on the bank was given by Cardinal Tarcisio Bertone, president of the commission of cardinals overseeing the Institute for the Works of Religion, the formal name of the Vatican bank. Father Lombardi said Cardinal Bertone’s remarks “completed the series of information” about the financial health of the Vatican given to the cardinals who, as a whole, are responsible for running the church when there is no pope.

Father Lombardi said Cardinal Bertone’s presentation was brief and touched upon the nature of the bank and “the process of joining the international system of controls” to ensure it cannot be used for money laundering or financing terrorism.

The Vatican requested in 2011 that “Moneyval” — the Council of Europe’s Committee of Experts on the Evaluation of Anti-Money Laundering Measures and the Financing of Terrorism — evaluate its financial and banking laws. Moneyval’s first report, issued in July, said the Vatican met nine of its 16 “key and core” recommendations to prevent finance-related crimes.

However, in December, Italy’s central bank said the Vatican laws were still too weak, and it halted an Italy-based bank’s contract for accepting credit cards at the Vatican. In February, the Vatican found another provider.

Father Lombardi said 27 other cardinals also spoke at the session.

“Naturally, because it was the last meeting, many were about the expectations for the (new) Holy Father, a profile and expectations,” he said.

During the 10 sessions of general congregations, which began March 4, he said, the cardinals listened to 160 presentations. A few cardinals spoke more than once and a few did not have a chance at all, Father Lombardi said.

Cardinal Angelo Sodano, dean of the College of Cardinals who presided over the general congregations, proposed an afternoon meeting so that all the cardinals who had signed up to speak could do so, but “the large majority preferred to conclude” with the morning session.

“The cardinals felt it was time to prepare to move to the Domus Sanctae Marthae,” the Vatican residence where they will be staying, “and to enter the conclave,” Father Lombardi said.

The Vatican spokesman also told journalists that about 90 people who are not cardinals were scheduled to gather in the Pauline Chapel of the Apostolic Palace late March 11 to swear, on penalty of excommunication, to “observe absolute and perpetual secrecy” concerning “all matters directly or indirectly related to the ballots cast and their scrutiny for the election of the Supreme Pontiff.”

The 90 include Archbishop Lorenzo Baldisseri, secretary of the College of Cardinals; Msgr. Guido Marini, master of liturgical ceremonies; sacristans and other liturgical assistants; religious-order priests who will serve as the cardinals’ confessors during the conclave; the doctors and nurses who will help any cardinal needing it; the elevator operators in the Apostolic Palace; the bus drivers who will take cardinals from their residence to the Sistine Chapel; the head of the Swiss Guards and a major from the corps; the director of the Vatican police and the officers who will watch over the cardinals; and the cooks and cleaning crew from the Domus Sanctae Marthae.

Father Lombardi also said that one tiny change had been made to the list of brief events occurring immediately after a candidate receives two-thirds of the votes in the conclave — 77 votes — and is elected pope.

Cardinal Giovanni Battista Re, the top-ranking cardinal elector, will ask the cardinal if he accepts the election and what name he chooses. At that point, the ballots are burned with chemicals to produce white smoke and announce to the world a successful election.

The pope goes into the so-called “Room of Tears” and dresses in a white cassock and the other papal vestments, then there is a brief prayer ceremony in the Sistine Chapel with the cardinal electors.

Cardinal Jean-Louis Tauran, the top-ranking cardinal deacon, will go to the balcony of St. Peter’s Basilica and announce the election to the crowds in St. Peter’s Square.

Before stepping out on to the balcony, Father Lombardi said, the new schedule calls for the new pope to stop in the Pauline Chapel of the Apostolic Palace to pray briefly before the Blessed Sacrament.

Then the pope comes out onto the balcony and gives his first blessing “urbi et orbi” (to the city and the world).