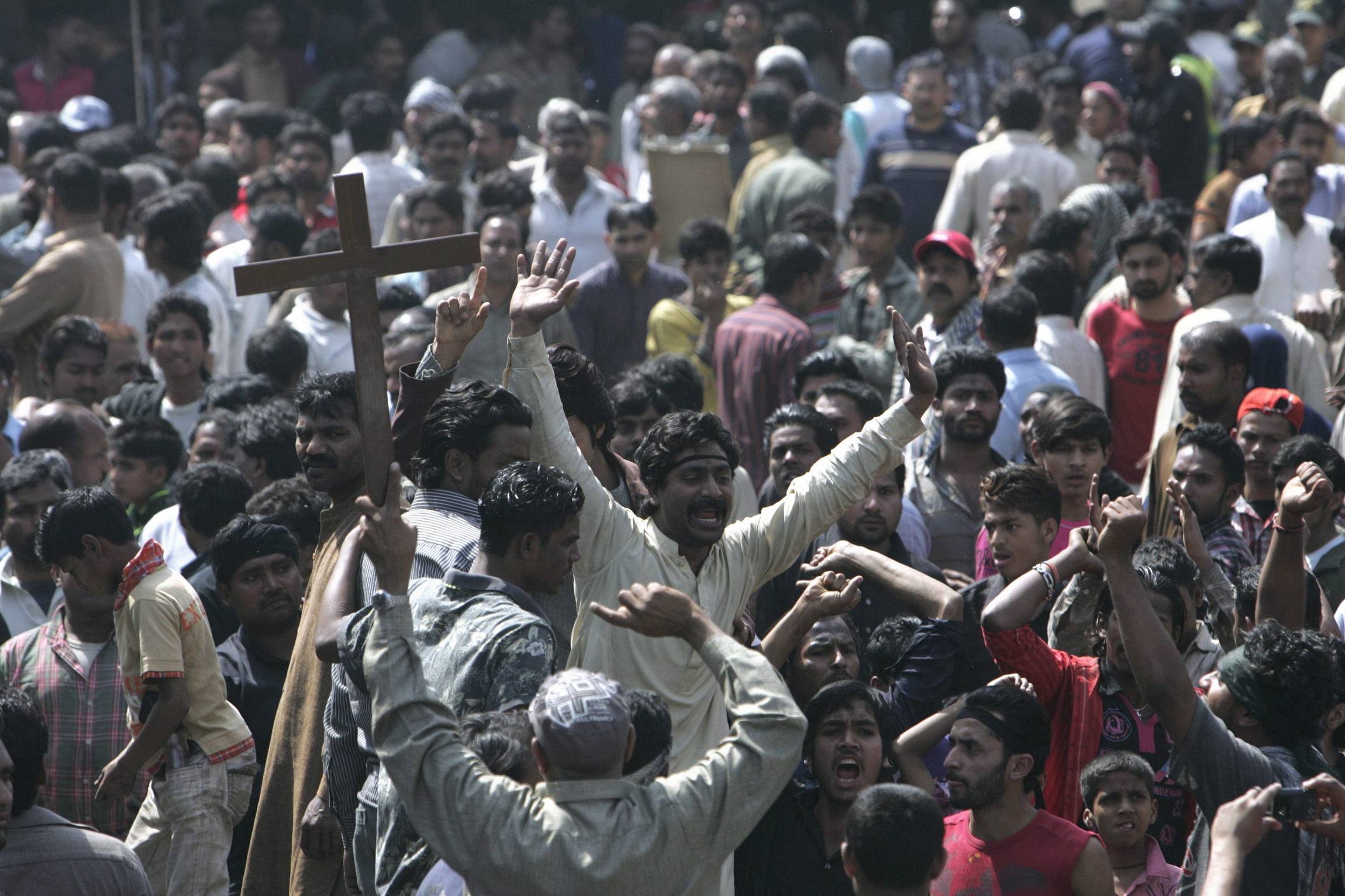 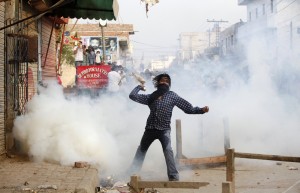 A Pakistani Christian throws a tear-gas canister during a March 10 protest against the burning of their houses in Lahore. (CNS photo/Mohsin Raza, Reuters)

NEW DELHI (CNS) — The Catholic Church in Pakistan condemned a March 9 attack by an estimated 3,000 Muslims on a Christian colony in Lahore that left more than 175 buildings, including two churches and dozens of homes, torched and hundreds of people homeless.

The church’s National Commission for Justice and Peace in a March 10 statement also criticized police for charging the worker, Sawan Masih, who is Catholic, with blasphemy.

“The police and administration (were) mainly responsible (as they) allowed the situation to develop for 24 hours into a tragedy in the heart of provincial capital,” the statement said.

Lahore is the capital of Punjab, one of Pakistan’s five provinces.

Father Emmanuel Yousaf Mani, commission director, lamented that “the political leadership in the country also did not find courage to address the sufferings of religious minorities especially those related to abuse of blasphemy laws.”

The statement said “the government is responsible … because it paid no heed to recommendations made by the judicial inquiry into the Gojra (incident) in 2009.”

That incident, involving an allegation of blasphemy against a Christian, resulted in the deaths of 10 Catholics as 140 homes were destroyed in anti-Christian mob violence. Two Muslims apologized in 2011 for the rampage.

“This is repetition of Gojra,” said Joseph Francis, director of the Center for Legal Aid Assistance-Settlement, who visited the burned out area.

Francis told Catholic News Service March 11 that the arson attack came a day after Masih was taken into custody under pressure from Islamic fundamentalist groups.

“Since the Christians had fled fearing attack, no one was injured,” said Joseph, whose organization has been in the forefront of extending free legal aid Christians accused of blasphemy.