New magazine for women set for May debut 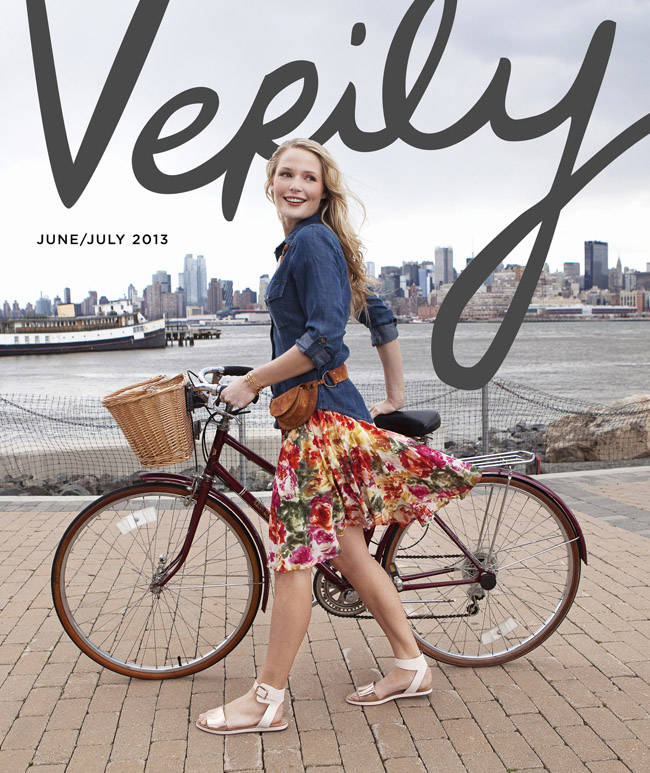 WASHINGTON (CNS) — Love them or loathe them, many women have at some point flipped through the fashion and celebrity magazines that accost grocery shoppers at checkout lines.

From images of scantily clad women with airbrushed bodies and promises to provide readers with “Ten tips to get your guy back” and “The skinny on why you’re fat,” the glossy magazines catch the eye.

While they may contain a few tasty recipes or fun fashion trends, most readers are apt to find little of substance within the pages.

“There are a lot of women’s magazines out there, but none really that speaks to us as women,” said Mary Rose Somarriba, a parishioner of Blessed Sacrament Church in Washington and culture editor of Verily, a new magazine that was to debut in May.

“They are not speaking to readers in helpful ways, and sometimes even in a hurtful way,” she said. “Often women’s magazines turn into a guilty pleasure. We read them, but we don’t feel uplifted by them.”

A survey by the Dove Campaign for Real Beauty two years ago found that 75 percent of teenage girls felt “depressed, guilty and shameful after spending just three minutes leafing through a fashion magazine.”

The findings along with other similar surveys prompted five young Catholic women living in New York to consider their own experience. They learned that women overall were experiencing a decline in happiness. So the five decided to develop a magazine that would offer something different.

Verily will feature articles of hope to “lift women up,” Somarriba said.

“The mentality we have for Verily is to have it be like a friend, a real friend, a friend you can trust,” she said.

Somarriba, who moved to Washington so her husband could complete a degree at the Institute for the Psychological Sciences, a Catholic graduate school of psychology in Arlington, Va., was managing editor of First Things magazine prior to her work on Verily.

The new magazine is not religious but is informed by the editors’ faith and “desire to be better women,” Somarriba said.

“We want to meet women where they are, wherever they are, and with whatever background they came from,” she explained.

She also said the editors hope the magazine will play a small role in the church’s new evangelization effort.

“There are layers of evangelization,” she said. “Some evangelize directly through catechesis, others through charitable work. Another way, a more indirect way, is through initiatives like this one.”

The magazine and website feature articles and blogs on culture, lifestyle, relationships and style.

“We want this to be something women pick up to build themselves up, to be the best versions of themselves, to empower them to be their best self,” Somarriba said.

Collins is on the staff of the Arlington Catholic Herald, newspaper of the Archdiocese of Arlington, Va. More information about the magazine can be found online at verilymag.com