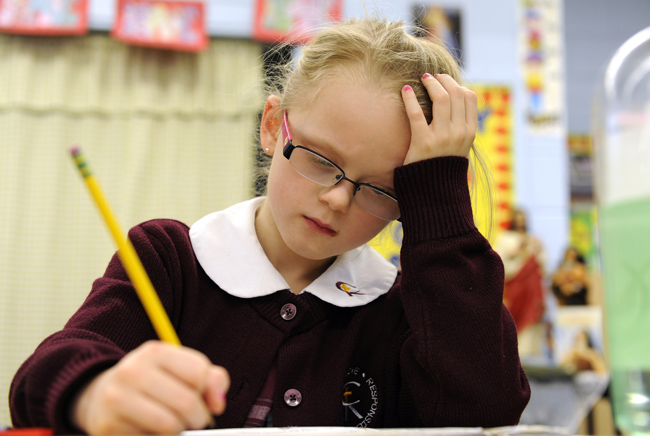 HOUSTON (CNS) — Catholic educators opened 28 new schools and closed or consolidated 148 others during the 2012-13 school year, according to a report issued by the National Catholic Educational Association.

The NCEA report released prior to the organization’s annual convention, held in Houston April 2-4 and attended by more than 8,000 Catholic educators, also shows that Catholic school enrollment decreased by 1.5 percent during the past school year.

Karen Ristau, NCEA president, said that the closings represent a great loss for the country.

She also pointed out that 525 Catholic schools have opened since 2000 and stressed that the “leadership and vision of Catholic educational leaders, business and civic leaders, working in collaboration with dioceses, make these new schools a reality.”

She said the challenge for schools closing continues to be where they are located.

“We have buildings, many of them historic, in metropolitan areas where the student population has declined. On the other hand, there are waiting lists for schools in many places because new school construction has not kept pace with the population growth.”

The NCEA president added that although there has been a significant decline in the total number of Catholic schools during the past four decades, the church has not lost sight of its commitment to educate children who are poor, particularly in inner cities and urban areas.

“Catholic schools are a major force in these communities and we must continue to find ways to serve the poor,” Ristau said. “Despite population losses and great financial difficulties, 41.5 percent of our schools remain in urban/inner city locations. And when schools do close, dioceses make intensive efforts to help displaced students find a place in nearby Catholic schools.”

She said the schools that have closed would have stood a stronger chance if more school voucher programs were in place. Currently, vouchers are in 12 states and the District of Columbia; 11 states provide tax credit scholarship programs; and six states provide individuals with tax credits or deductions for education expenses.

NEXT: Small town celebrates 31 years of dedication to Divine Mercy