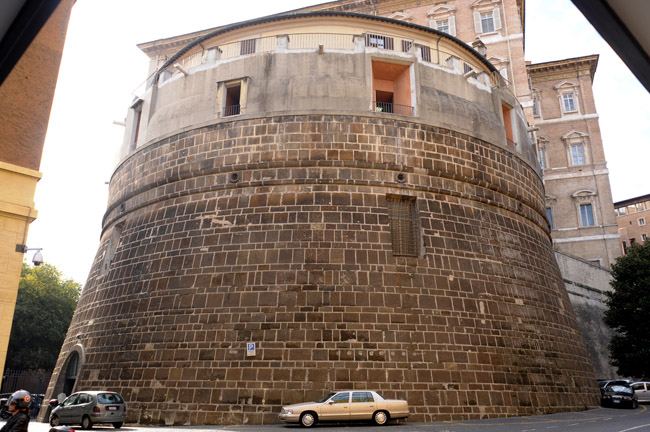 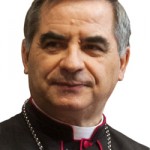 “It’s a bit strange; the pope still has not met the group of advisers he chose and already the advice is raining down,” said Archbishop Angelo Becciu, the substitute secretary for general affairs in the Vatican Secretariat of State.

The Vatican newspaper, L’Osservatore Romano, ran a front-page interview April 30 with Archbishop Becciu, whose job is similar to a chief of staff.

Asked about rumors that Pope Francis intended to close the Institute for Religious Works, commonly called the Vatican bank, Archbishop Becciu said, “The pope was surprised to see attributed to him phrases that he never said and that misrepresent his thought.”

Vatican bank employees joined the pope April 24 for his morning Mass; in his homily the pope said the story of the church is part of the story of God’s love for humanity and human beings’ love for God; Pope Francis said bureaucracies, structures and offices — like the Vatican bank, for example — must never get in the way of living and sharing that story of love.

“In the context of a serious call to never lose sight of the essence of the church,” the pope’s reference to the Vatican bank was simply an acknowledgment that some of the employees were present, the archbishop said.

As for the panel of eight cardinals Pope Francis named April 13 to advise him on “the governance of the universal church and to study a plan” to reorganize the Roman Curia, Archbishop Becciu said, “at this moment it is absolutely premature to advance any hypothesis about the future structure of the Curia.”

“Pope Francis is listening to everyone, but wants to hear first of all from those he chose as advisers,” the archbishop said. The eight cardinals — including Cardinal Sean P. O’Malley of Boston and Cardinal George Pell of Sydney — are supposed to hold their first formal meeting in October.

In the meantime, Archbishop Becciu said, Pope Francis has asked all the heads of Vatican congregations and councils to stay on “for now.” As of April 30, the pope had not offered any Vatican office head a more permanent position, but he also has asked Vatican officials with an expired five-year appointment to continue in their jobs, the archbishop said.

“This shows the desire of the Holy Father to take the time he needs for reflection — and for prayer, let’s not forget — in order to have a complete picture of the situation,” he said.

Archbishop Becciu was asked about a commentator’s opinion that by appointing a group of advisers Pope Francis was putting in jeopardy the primacy of the papacy. The archbishop dismissed the claim.

“It’s a consultative body, not a decision-making one, and I truly do not see how Pope Francis’ decision could put primacy into question,” he said. Appointing advisers does, however, demonstrate how “the Holy Father wants to exercise his ministry,” listening to the opinions of cardinals from around the world.

In the church, Archbishop Becciu said, consultative bodies work on the parish, diocesan and universal levels and religious orders have them, too, but the bodies do not lessen the authority of the pastor, the bishop, the pope or the orders’ superiors.

Outside the church, he said, people might think a council without decision-making powers is irrelevant, “but that would mean comparing the church to a business.” In the church, he said, advisers and members of councils “help the superior in the work of discernment, in understanding what the Spirit is asking of the church at a precise historical moment.”