Pope urges Catholics to let grace transform, work through them 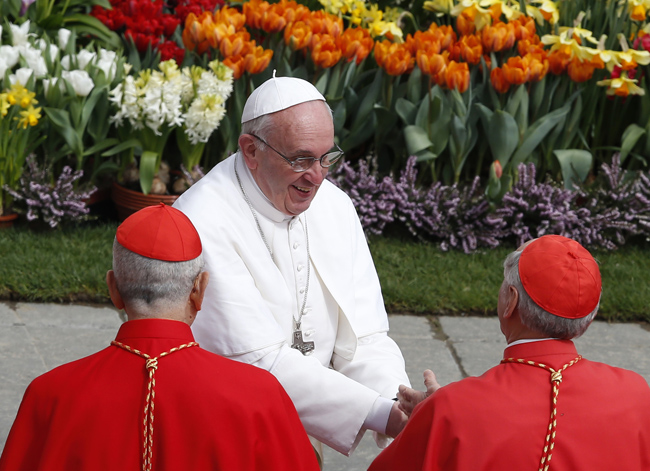 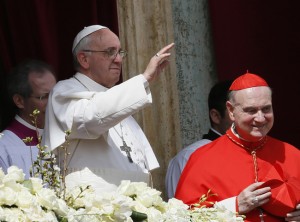 VATICAN CITY (CNS) — Catholics must allow the grace of their baptism and of the Eucharist to transform their lives and make them instruments of God’s grace in the world, Pope Francis said.

Catholics are called to allow Christ’s Easter victory over sin and death “to assert itself in their lives and to spread its beneficial action,” the pope said April 1, reciting the “Regina Coeli” prayer at noon with visitors gathered in St. Peter’s Square.

On Easter Monday, a public holiday in Italy, tens of thousands of people gathered for the five-minute appointment with the pope in St. Peter’s Square, still decorated with daffodils, tulips and other spring plants. The popes recite the “Regina Coeli” (Queen of Heaven) prayer instead of the Angelus from Easter until Pentecost.

In his brief midday address, the pope prayed that “the power of Christ’s resurrection would reach each person — especially those who suffer — and all those situations most in need of trust and hope.”

While Christ’s victory over evil is complete, Pope Francis said, “it’s up to us, men and women in every age, to welcome this victory into our lives and into the concrete reality of history and society.”

The pope prayed that the mystery of Christ’s death and resurrection truly would set down roots in people’s lives so that “hatred would give way to love, lies to truth, vengeance to forgiveness and sadness to joy.”

“The baptism that makes us children of God and the Eucharist that unites us to Christ must become life, translating themselves into attitudes, behaviors, gestures and choices,” he said.

The grace and power of the sacraments “passes through the human heart,” Pope Francis said. They can “change the parts of me that are not good, that can harm me and others.”

“With the grace of baptism and eucharistic Communion, I can become an instrument of the mercy of God,” which gives joy to life, he said.

Other than reciting the “Regina Coeli,” the only appointment on the pope’s calendar April 1 was a late-afternoon visit to the necropolis under St. Peter’s Basilica and prayer time at the apostle’s tomb.

PREVIOUS: At Easter pope calls Christians to be channels of mercy, justice, peace