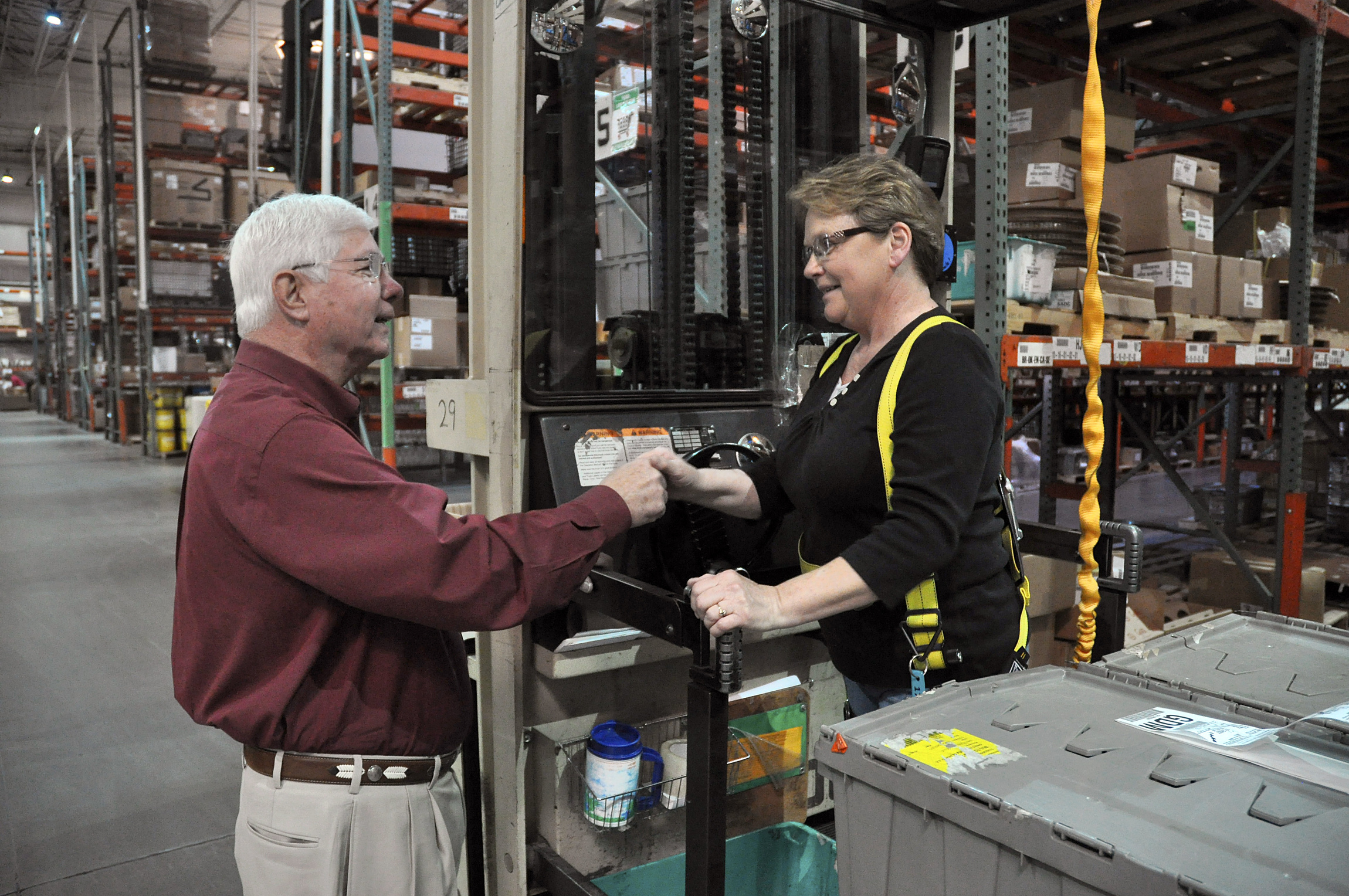 MADISON, Ind. (CNS) — Although Grote Industries in Madison has been in business for more than a century, one date in May holds particular significance to the family-owned, worldwide manufacturer of vehicle lighting products.

On May 22, a three-judge panel of the 7th U.S. Circuit Court of Appeals in Chicago was scheduled to hear arguments in the lawsuit the Grote family filed last October to gain relief from the U.S. Department of Health and Human Services mandate that forces most employers to provide abortion-inducing drugs, sterilizations and contraceptives to their employees in company health plans.

The mandate is a part of the Patient Protection and Affordable Care Act, called Obamacare by some, which was signed into law in 2010.

The Grote family was granted a preliminary injunction in January. On May 22, however, arguments will be made on the merits of their case that could lead to permanent relief from the mandate.

“I’ve had a lot of people out in the plant that just sit there and say, ‘Thank you. You’re standing up for something. People don’t do that anymore in this day and age,’ ” said Mike Grote, Bill’s nephew who manages the Madison facility.

Although many other Catholic organizations and businesses owned by Catholics and other people morally opposed to the mandate have been granted preliminary injunctions, the Grote case is the first to receive a hearing on the merits of their case.

“This is the court directly under the U.S. Supreme Court,” said Matt Bowman, senior legal counsel for Alliance Defending Freedom, which is helping to represent the Grote family in their suit. “So its decision on this religious freedom issue will be a precursor to whether Obamacare can be used against religious freedom across the country.”

Alliance Defending Freedom, until recently known as the Alliance Defense Fund, is a Christian legal organization founded in 1994 that advocates for the religious liberty of Americans and people around the world. According to Bowman, it is currently involved in 25 lawsuits that seek to overturn the HHS mandate.

In an interview with The Criterion, newspaper of the Indianapolis Archdiocese, Bowman said he believes the prospects are good for a positive outcome for his clients. That’s because in granting the preliminary injunction, courts across the country that have granted preliminary injunctions have already addressed “the substance of the dispute.”

“Even though these cases are procedurally preliminary, the judges are ruling on the question, ‘Can the federal government declare that people of faith have no religious freedom when they are living their daily lives by trying to earn a living?'” he said.

Under new rules proposed Feb. 1 to implement the mandate, HHS widened the exemption for religious organizations but said no exemption would be given to “for-profit, secular employers” whose owners have moral objections to providing the coverage. The rules are to be finalized in August.

Taking such a high-profile position in a legal action that could have wide-ranging implications is unusual in the 112-year history of Grote Industries.

But Bill Grote, chairman of the board of his family’s business, said the mandate went too far and that public action in response was needed.

“The intrusion upon the freedom for us to practice our beliefs was too much, such that we said if there is a way to voice loudly that this is wrong, then let’s do it,” said Grote, 74, a member of Prince of Peace Parish in Madison.

The Grote family’s initial request for an injunction was denied by Judge Sarah Evans Barker of the U.S. District Court of the Southern District of Indiana in New Albany.

Bowman was scheduled to present the arguments in favor of the Grote family May 22. Also representing the family are Indianapolis attorneys Mike Wilkins and Michael Cork, who are affiliated with Alliance Defending Freedom.

Jay Mercer, attorney for the Archdiocese of Indianapolis, filed an amicus brief with the court in favor of the Grote family’s claim.

Grote Industries is one of the largest employers in Madison and the surrounding regions, providing jobs to approximately 800 people. Worldwide its employees number about 1,200.

That relatively large number, however, does not mean Grote leaders are distant from the workers. As Bill Grote walks through his family’s factory in Madison, employees wave as they drive by on forklifts. Others stop to chat with the man they have worked with for decades.

Grote is concerned, however, that the mandate, if it stays in place and his company does not gain permanent relief, could put the jobs of those employees at risk.

That is because employers that offer health insurance to workers but do not comply with the mandate could face severe fines.

“It would be a disastrous fine,” said Grote. “If you added it up for our situation here, it would run somewhere between $18 million to $22 million per year, depending on how many people we have (insured). That is an onerous penalty and fine. That would destroy this business.”

When their lawsuit was made public, they heard from a number of people, most of whom they had never met, sent notes and e-mails of encouragement.

“I’ve been impressed by the support we’ve gotten locally and nationally,” said Dominic Grote, Bill’s son, who is the company’s president and chief executive officer.

Some of that encouragement has come from employees.

“I’ve had a lot of people out in the plant that just sit there and say, ‘Thank you. You’re standing up for something. People don’t do that anymore in this day and age,’ ” said Mike Grote, Bill’s nephew who manages the Madison facility.

Bill hopes the legal action that his family is taking might inspire other business owners to make their faith a more conscious part of the way their carry out their work.

“It would be great if the mandate is pushed back and the ruling comes clear that you’re able to practice your faith,” he said. “Those that may be wavering or not have as strong a conviction may feel much more comfortable in weaving their faith into their cultural and business activities.”

Gallagher is a reporter at The Criterion, newspaper of the Indianapolis Archdiocese.

NEXT: Catholic organizations rally aid for victims of deadly tornadoes