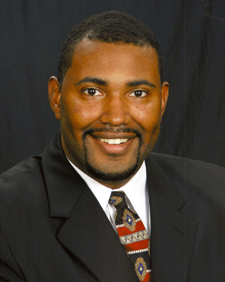 NEW ORLEANS (CNS) — The supreme knight of the Knights of Peter Claver has been elected to an international post in an umbrella group for men’s Catholic fraternal organizations.

Fredron DeKarlos Blackmon, who also serves as CEO of the Knights, was elected deputy president of the International Alliance of Catholic Knights, which includes 15 fraternal organizations working in 27 countries.

Blackmon’s role with the Alliance of Catholic Knights will be, according to a press release from the Knights of Peter Claver, “to deepen the faith of members of the alliance and all Catholics, encouraging active and generous participation in the life and mission of the church.”

Blackmon is in his second term as head of the Knights of Peter Claver, a historically black organization founded at a time when African-Americans were not welcome in other Catholic fraternal groups.

A previous supreme knight of the Knights of Peter Claver, Paul C. Condoll, served as president of the international alliance in the 1990s, according to the Knights’ release.

Blackmon works as a pastoral associate and director of liturgy and music for St. Joseph Parish in Huntsville, Ala. The Alabama native is a lay Benedictine Oblate, who previously served in the Army Chaplain Corps, with assignments around the United States and in Korea.

PREVIOUS: Memorial Mass honors ‘countless sacrifices’ made by those in military