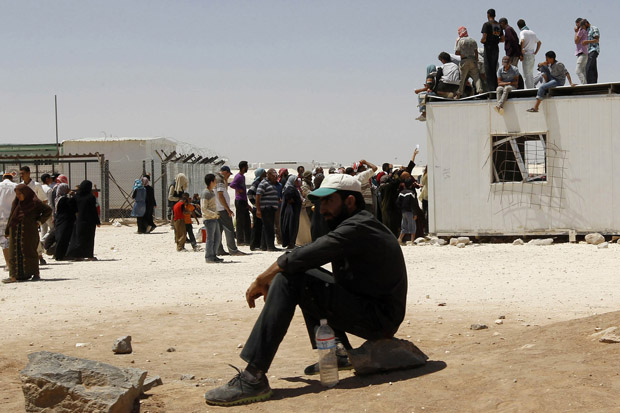 “The conflict in Syria is worsening and it is time for the United States and the international community to do more to respond to the needs of Syrians fleeing their country for safety,” said Archbishop Gomez, chairman of the U.S. Conference of Catholic Bishops’ Committee on Migration.

He added that particularly vulnerable Syrians — women with children, the elderly, disabled and unaccompanied refugee children — should be considered for resettlement to the United States and other countries.

“Resettlement to a safe third country should be considered, both to provide the best durable solution for vulnerable Syrians but also to take pressure off of neighboring countries, such as Turkey, Lebanon, and Jordan,” he said.

To date, the United States has resettled only 24 Syrian refugees. The conflict in Syria has gone on for more than two years.

The archbishop also stressed the other refugee populations in need of support and possible resettlement, including Rohingya Burmese in Bangladesh, Malaysia and Thailand; Congolese in East and Southern Africa; and Afghans who are fleeing to Turkey and other areas of the world.

“We have an obligation to help these vulnerable populations,” he said, “including and especially the most vulnerable refugees: unaccompanied minors and those that have become victims of human trafficking.”

“Sadly, there continues to be no shortage of refugees in need of the world’s attention and support,” Archbishop Gomez said in a statement. “As the world’s leader in protecting refugees, the United States must do more to respond to humanitarian crises in and around Syria and other parts of the globe.”