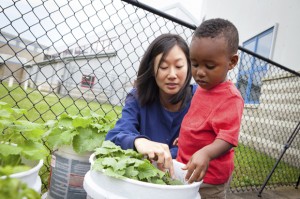 Catholic leaders had urged Catholics nationwide to call their representatives in the House and ask for a farm bill that does not make deep cuts into food assistance programs both here and abroad.

“The bill reported by the (House Agriculture) Committee includes over $20 billion in cuts (over 10 years) to SNAP,” the federal Supplemental Nutrition Assistance Program, formerly known as food stamps,” said a June 17 letter signed by six national Catholic leaders. “These cuts should be rejected.”

Bread for the World, the Christian citizens’ anti-hunger lobby, said the farm bill deserved to be defeated.

“These cuts would kick nearly 2 million people off the SNAP program, reduce benefits for more than 800,000 families, and leave 210, 000 children without free school meals,” said a June 20 statement by the Rev. David Beckmann, a Lutheran minister who is president of Bread for the World.

The proposed cuts were five times those cuts in the Senate version of the farm bill, passed June 10. They also were the focus of a threatened presidential veto if they had passed.

“The bill makes unacceptable deep cuts in SNAP, which could increase hunger among millions of Americans who are struggling to make ends meet, including families with children and senior citizens,” the Office of Management and Budget said in a statement about the House measure before the vote.

“The administration believes that Congress should achieve significant budgetary savings to help reduce the deficit without creating hardship for vulnerable families — for example, by reducing crop insurance subsidies,” the agency said June 17. “If the president were presented with H.R. 1947, his senior advisers would recommend that he veto the bill.”

The House version also would have sustained $2.5 billion in budgetary hits to international food aid programs.

Sixty-two Republicans joined 134 Democrats in voting against the farm bill. The SNAP cuts were cited as being a problem hindering passage.

“The House has let down rural America, said Roger Johnson, president of the National Farmers Union, in a June 20 statement. “We are deeply disappointed that the House voted against the best interests of family farmers and rural America.”

In their letter, the Catholic leaders said told members of the House: “Congress should support access to adequate and nutritious food for those in need and oppose attempts to weaken or restructure these programs that would result in reduced benefits to hungry people including immigrant families and those who have paid their debt to society.”

“Given current high commodity prices and federal budget constraints, agricultural subsidies and direct payments can be reduced overall, and targeted to small and moderate-sized farms, especially minority-owned farms,” the leaders’ letter said. “Government resources, such as subsidies for crop insurance, should assist those who truly need assistance and support those who comply with environmentally sound and sustainable farming practices.” Conservation programs would have been cut by $5 billion in the House version of the farm bill.

“The Food for Peace program saves people’s lives in times of dire emergencies and combats chronic hunger in poor communities around the world,” it said, asking advocates to lobby for “reforms that give aid workers more flexibility to employ interventions best suited to local conditions and replace monetization, and oppose any amendments that cut funding for the program.”

House members had filed 226 amendments by the June 17 deadline, according to the National Journal Daily, a Capitol Hill newsletter.

NEXT: Archbishop urges U.S. support, resettlement of Syrian, other refugees