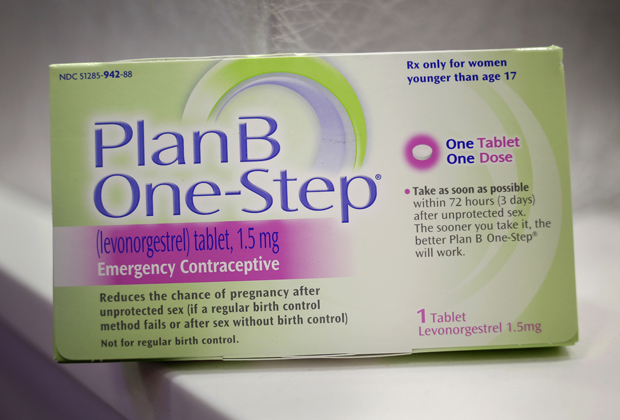 WASHINGTON (CNS) — U.S. Catholic officials expressed disappointment with the June 10 announcement that the federal government will comply with a judge’s ruling to allow girls of any age to buy the morning-after pill without a prescription.

The decision reversed recent course of action by the federal government. On May 1, the Justice Department announced that it would appeal a ruling by a federal judge in early April that said the Food and Drug Administration must make emergency contraceptives available to all ages by May 6.

In a June 10 letter to U.S. District Judge Edward Korman in Brooklyn, N.Y., department officials said they will submit a plan for compliance with his ruling and will drop their appeal. The letter also said the FDA has advised the drug’s manufacturer to submit an application to make Plan B One-Step available over the counter without restrictions.

News reports June 11 said the Justice Department also told the judge it will not make available over the counter the two-pill Plan B product, which it described as being significantly different from the one-pill version. Two-pill generic versions of Plan B would remain behind store counters and require a prescription and ID for those under the age of 17.

Plan B, known generically as levonorgestrel, uses large doses of birth-control pills to prevent conception up to 72 hours after unprotected sex. According to the FDA, it will “not stop a pregnancy when a woman is already pregnant, and there is no medical evidence that the product will harm a developing fetus.”

Catholic officials faulted the federal government’s decision and some groups advocating women’s rights called it a step forward and a public health benefit.

Deirdre McQuade, spokeswoman for the USCCB’s Secretariat for Pro Life Activities, said in a June 11 email to Catholic News Service: “Many studies have shown that wider access to ’emergency contraception’ among young people does not reduce pregnancy or abortion rates, but can contribute to higher rates of sexually transmitted disease. No public health consideration justifies the unregulated distribution of such drugs to children.”

Jeanne Monahan, president of the March for Life Education & Defense Fund, called the decision “hugely disappointing and not in the best interest of young women’s physical and emotional health.”

John DiCamillo, an ethicist with the National Catholic Bioethics Center in Philadelphia called the government’s decision “a great disservice” that “brings profound moral harm to our society.”

In a June 11 email to CNS, he said the wider availability of levonorgestrel in its pill form “continues to promote and entrench the contraception and abortion mentality that undermines the culture of life.”

He noted that the National Catholic Bioethics Center is “not a scientific research body and does not itself determine whether Plan B or other levonorgestrel-based ’emergency contraceptives’ are abortifacients.” But he said a close analysis of the scientific and pharmacological literature indicates that this drug “can and very likely does act as an abortifacient when taken after ovulation has already occurred.”

A June 11 Washington Post article said a senior administration official who spoke to the newspaper on the condition of anonymity insisted President Barack Obama did not change his position about the drug and still opposes over-the-counter access to emergency contraceptives for young girls. The official said the reason the Justice Department dropped its appeal was reportedly because of multiple setbacks the department experienced in federal courts.

In early June, the U.S. Court of Appeals for the 2nd Circuit said it would immediately permit unrestricted sales of the two-pill version of the emergency contraception until the appeal was decided.

That ruling, the senior administration official said, indicated that the court did not expect the legal challenge of the appeal to succeed.

In a June 11 press briefing, White House spokesman Jay Carney said the Obama administration decided it would prefer to allow the simpler Plan B One-Step to be available without a prescription than the two-pill product.

“We have been through a legal process and the court has ruled against the administration. … It was the decision, given the court ruling, to proceed with making the simpler version of Plan B available,” he said.

In 2006, the FDA approved over-the-counter sales of Plan B to women 18 and older; three years later, a court ruling made it available to women 17 and older without a prescription.

The FDA was ready to lift all age limits on emergency contraceptives and let them be sold over the counter in late 2011, but Health and Human Services Secretary Kathleen Sebelius, changed the FDA’s course, saying that even though some girls as young as 11 are physically capable of bearing children, they shouldn’t be able to buy the pregnancy-preventing pill on their own.

A Feb. 21 statement by the German bishops said the “morning-after pills,” or Plan B, can be dispensed at church-run hospitals to prevent rape victims from becoming pregnant.

“Women who have been victims of rape will, of course, receive human, medical, psychological and pastoral help in Catholic hospitals — this can include administration of the ‘morning-after pill’ as long as it has a preventive rather than abortive effect,” the bishops’ conference said.

They added that “medical and pharmaceutical methods that result in the death of an embryo may still not be used.”

Referring to the German bishops’ statement, DiCamillo said: “The only instance in which it could be licit to administer levonorgestrel as emergency contraception is in the care of sexual assault victims in which appropriate testing has been done which affords moral certitude that the sole immediate effect is not abortifacient. In other words, there must be adequate medical evidence that the woman is not pregnant and that ovulation has not yet occurred and is not imminent.”

PREVIOUS: Hope for those ‘living in shadows’ seen in immigration reform debate