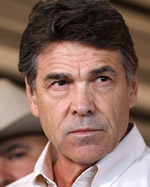 AUSTIN, Texas (CNS) — The Texas Catholic Conference was “disappointed that the disruptions in the Senate chamber” prevented state lawmakers from passing a strict abortion law before a midnight deadline June 25.

After a nearly 13-hour filibuster by Democratic Sen. Wendy Davis of Fort Worth, her effort fell 15 minutes short of the midnight voting deadline, so opponents of the measure cheered, clapped and shouted to try to interrupt voting so it couldn’t take place during what was a special session of the Legislature.

The bill would have banned abortion after 20 weeks of pregnancy. It also would have required many clinics that perform abortions to upgrade their facilities to be classified as ambulatory surgical centers and require clinic doctors to have admitting privileges at hospitals.

News reports said that Democratic members in the Republic-controlled state Senate would not have been able to vote down the measure so they decided to try to not let the vote take place.

Davis was required to speak nonstop on the topic without sitting down or leaning on a desk. She read the stories of witnesses and analyzed the bill in detail. Her attempt to stop the vote ended when she was told she strayed off topic three times.

At first, Lt. Gov. David Dewhurst, acting as Senate president, said voting had begun before the deadline and had resulted in a 19-10 vote for the measure and it would go to Gov. Rick Perry’s desk for his signature. But then Dewhurst said the deadline had passed before voting began.

“As a result, measures to protect unborn life and to increase the health and safety of Texas women have been delayed,” said a statement from the Texas Catholic Conference, the public policy arm of the state’s bishops.

Because of the confusion, the conference urged Perry to “call a second special session quickly to address this and the other issues that were not resolved before time ran out on the first special session.”

On June 26, Perry announced a second special session would start July 1 and ordered lawmakers to meet for 30 more days so they can take action on the abortion bill.

In an earlier statement, the Texas Catholic bishops said they supported the abortion restrictions for not only having “the potential to reduce the number of abortions in Texas — estimated by some to be as much as 20,000 annually” but also for ensuring the health and safety of Texas women.

“While the Texas Catholic Conference opposes abortion, it equally values protecting and preserving the health of women, whose lives and dignity are just as precious as those destroyed by the act of abortion,” it said. “Short of closing these abortions facilities, we must require that providers and practitioners meet the most rigorous, mandatory standards of medical inspections and regulation.”

Across the country in North Dakota, the state’s only abortion clinic filed suit against a new law in that bans abortions for sex-selection or genetic defect and prohibits abortion once a fetal heartbeat is detected, which could be as early as six weeks of pregnancy.

The suit was filed by Red River Women’s Clinic, the state’s only abortion clinic, filed suit, asking a federal judge in Bismarck to block the laws.

“Although it comes as no surprise, it is still disappointing that the Red River Women’s Clinic, through a New York-based pro-abortion rights law firm, would use the federal courts to thwart science, justice, and the will of the people of North Dakota,” said Christopher Dodson, who is executive director of the North Dakota Catholic Conference, which is the public policy arm of the state’s bishops.

“It is especially appalling that the state’s only abortion center is seeking legal license to abort children solely because of their gender or genetic traits,” he said in a June 25 statement. “Advocates for the disabled and women should join in condemning the clinic’s actions.”

About the clinic’s challenge of the fetal heartbeat measure, he said North Dakotans “sent a message that the courts should no longer ignore science.”