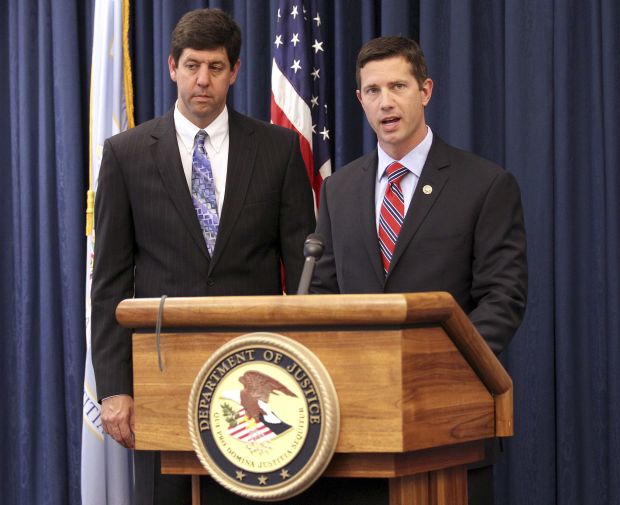 WASHINGTON (CNS) — With an estimated 27 million people being trafficked around the world for sex and labor throughout the year, according to the State Department, it’s not easy to crack down on the lucrative trade in people.

First off, it’s profitable. Tens of billions of dollars are at stake and traffickers who operate modern-day slave networks are not likely to give up their lucrative ventures. Second, the people being victimized are on the margins of the world’s cultures, largely ignored and forgotten.

In the U.S. the numbers are smaller, but still overwhelming. The State Department’s 2013 Trafficking in Persons report finds 17,500 people from other countries being trafficked into the U.S. annually. Victim advocates and law enforcement officials estimate that an additional 300,000 American teenagers are trafficked yearly, almost exclusively for sex. Statistics on adult victims are more fluid and harder to quantify.

Girls 14 to 16 years old are most in demand, the “gold standard,” said Celia Williamson, professor of social work at the University of Toledo in Ohio, who has worked with trafficking victims for 20 years.

Sex trafficking can occur anywhere and for a variety of reasons, said Mindi Kuebler, a forensic nurse at the Nord Center, which provides mental health services in Lorain, Ohio, 28 miles west of Cleveland.

“We’re no different than any other, whether a big city or a little city,” Kuebler told Catholic News Service. “Human trafficking exists because it’s a form of money for these criminals. If they can easily access the vulnerability of a boy or a girl, then they’re going to do it.”

Kuebler is among the organizers of the Human Trafficking Collaborative of Lorain County, an effort that has emerged over the last year to complement the educational work of the Collaborative Initiative to End Human Trafficking, a six-year-old effort of a dozen congregations of women religious spanning northern Ohio from Youngstown to Toledo.

Both efforts focus on education and raising awareness of the dangers of trafficking. Many presentations occur in schools because children are the most vulnerable to exploitation.

Labor trafficking is another story and gets scant attention compared with the effort to expose sex trafficking. In one recent case, federal prosecutors in June charged four people from Ashland, Ohio, with forced labor. They are accused of keeping a disabled woman and her young daughter in captivity for two years to work for them. U.S. Attorney Steven Dettelbach said they also compelled the woman to beat the girl and threatened to show police a video of her carrying out the beating.

The trafficking organizations and the Toledo programs, which Williamson spearheaded, have kept Ohio in the forefront of the fight against human trafficking. The work of the Lucas County Human Trafficking Coalition and Second Chance, a program of Toledo Area Ministries that assists exploited women, have identified hundreds of victims since 1993.

The work in northwest Ohio has led to notoriety, of sorts, for Toledo. In 2011, the city ranked fourth in the numbers of arrests, investigations and rescues of children involved in sex trafficking, behind only Miami, Portland, Ore., and Las Vegas.

Williamson told CNS Toledo’s reputation is a result of the community’s intense effort to reach out to victims.

“The truth is we made noise. We told people about our family secret and we decided we were not going to keep the secret. We began asking for help, developing reports, doing research and bringing forth services for victims. And people started looking for victims and started finding them,” Williamson said.

“If you believe victims are there, you will look. If they’re really there, you’ll find them.”

The challenge for victim advocates, however, is finding adequate shelter once trafficking survivors are discovered. Nationally, few places exist that specifically focus on the needs of sexually exploited people.

One such place is The Daughter Project, a year-old program in suburban Toledo. Jeff Wilbarger, a mathematics teacher who felt God called him to start the program, said two girls were in the home in mid-July. Two other girls who moved in last fall eventually “ran,” apparently returning to their exploiters, he said.

“The whole running thing was one of the most shocking things,” Wilbarger said. “It’s all that brainwashing, the attachment disorder. She gets connected to this guy.”

Mary Schmidbauer, program director at Second Chance, said running is common. She said that in many cases a young woman has developed an attraction to her exploiter — who has provided for her material needs — to the point of overlooking the verbal and physical abuse, rapes or forced captivity that she may have endured.

Williamson said the best arrangement, especially for teenagers, is a return home, where family relationships can be rebuilt and the prospect for running is greatly reduced.

The challenge of maintaining a continuous flow of services, specifically designed for each individual trafficking victim, remains and the likelihood that a victim will run is always present, according to Hill.

She said the agency, in cooperation with the Center for Applied Research in the Apostolate at Georgetown University, surveyed diocesan agencies to determine what services are offered to trafficking victims. The goal is to identify victims’ needs and develop solutions to help end the cycle of exploitation that has characterized so many lives.