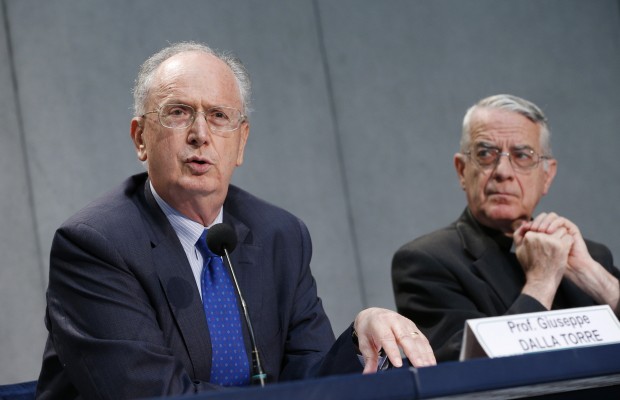 GENEVA (CNS) — A United Nations’ committee concerned with children’s rights is requesting that the Vatican provide complete details about every accusation it has ever received of the sexual abuse of minors by clergy.

The Vatican is being asked to provide: “detailed information on all cases of child sexual abuse committed by members of the clergy, brothers and nuns”; how it has responded to victims and perpetrators of abuse; whether it ever investigated “complaints of torture and other cruel, inhuman and degrading treatment” of girls in the Magdalene laundries in Ireland; and how it dealt with allegations that young boys, who were part of the Legion of Christ, were being separated from their families.

The committee is also requesting information on: what the Vatican has done to address discrimination between boys and girls in Catholic schools, including removing sexual stereotypes in school textbooks; whether it has “clearly condemned” corporal punishment of children; if it still labels children born out of wedlock as “illegitimate”; and how it is working to prevent child abandonment and trace infants’ identities when church-run facilities receive unwanted children, including through so-called “baby boxes.”

Concerning the convention’s optional protocol on “the sale of children, child prostitution and child pornography,” the committee wants the Vatican to provide what measures it takes to “avoid retaliation against child victims of pornography” and whistleblowers, and whether the Vatican ever investigated recently-discovered allegations of thousands of babies being “sold for adoption over the past decades in Spain by a network of doctors, nun and priests.”

The committee had also requested that the Vatican clarify whether it had explicitly defined and criminalized the sale of children, child prostitution and child pornography.

In an on-going effort to bring its legal system and laws up to date, the Vatican issued a number of new measures July 11 to comply with provisions required by a number of U.N. conventions the Vatican is party to, including explicitly outlawing the crime of torture and providing a broader definition of the category of crimes against minors.

Giuseppe Dalla Torre, president of the Vatican City State court, told reporters July 11 that such offenses were always crimes in the Vatican, but a new law makes the criminal activities and penalties more explicit. That’s because the penal code used by the Vatican is based on Italian laws from the 19th to early 20th centuries, which meant there were no provisions against some things, such as child pornography.

The U.N. committee requires governments of signatory countries of the convention and its two optional protocols on child trafficking and on armed conflict to submit a comprehensive review of how convention regulations are being implemented, as well as progress reports every five years.

The United States, Somalia and South Sudan are the only U.N. member states that have not ratified the convention. The U.S. signed the convention in 1995, but it needs Senate consideration and consent before it can be ratified.

The Vatican has been party to the 1989 convention since 1990, but had been lagging behind in turning in its mandatory reports.

After reviewing the Vatican’s most recent periodic report, the U.N. committee published in response a four-page outline of concerns and requests for additional information and clarifications. It asked the Vatican to respond by November, before the committee meets for further review in January 2014.

The Holy See was just one of six countries, including Germany, Russia and Yemen, whose reviews by the U.N. committee were published in early July on the committee’s website.

Almost all of the reviews requested more information about how countries were dealing with the problems of sexual abuse, violence and corporal punishment against minors, though without the kind of detail requested of the Vatican.

Each review was also tailored to specific situations of concern in each country, such as female genital mutilation and child marriages in Yemen, criteria used to remove children from their parents in Russia, and mental health guidelines in Germany for diagnosing Attention Deficit Hyperactivity Disorder.