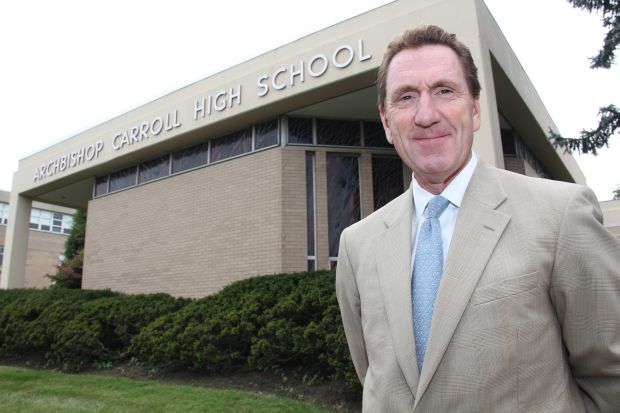 A new chapter is unfolding for Catholic education as three archdiocesan high schools see changes to their administration, including new principals at Archbishop Ryan and St. Hubert’s, and a new president at Archbishop Carroll.

Jim Meredith, formerly the assistant principal for Archbishop Ryan, welcomes the new responsibilities and challenges of his promotion with open arms, having received the news of his new position before leaving on a trip to China back in June.

“It doesn’t feel like a job when you’re here,” Meredith said about his interactions with students, faculty and staff.

Meredith brings 17 years of teaching experience to the job, having previously taught at Monsignor Bonner High School in Drexel Hill and St. Katherine of Siena School in Northeast Philadelphia.

Archbishop Ryan, established in 1966 and located on Academy Road in the Northeast, is the largest secondary school in the Archdiocese of Philadelphia, committed to instilling its students with a sense of community and the opportunity to achieve greatness.

Meanwhile at Archbishop Carroll in Radnor, Francis E. Fox has been named the new president, having served previously as the chair of the school’s advisory board since 2000.

“My decision to serve was certainly based on my love for the school and previous years of involvement on the board,” he said. “I believe now is the perfect time to offer my expertise and professional skills to the archdiocese and Archbishop Carroll on a full-time basis.”

Fox spent 30 years in business leadership positions, from founding a real estate company to serving as a consultant to the City of Hercules in California, to working as senior managing director of a global real estate firm.

He now leads a school staffed by lay teachers, diocesan priests and both Sisters of St. Joseph and Sisters, Servants of the Immaculate Heart of Mary.

She hopes her own enthusiasm for learning and her appreciation for religious life will reinforce the ideals taught at St. Hubert, but she also understands the busy lifestyles that many students lead today.

St. Hubert, located in Northeast Philadelphia on Torresdale Avenue, was slated to close along with three other archdiocesan high schools in June 2012 but remained open thanks to involvement by the Faith in the Future Foundation.

Onix Perez-Mas is a student at La Salle University and an intern at CatholicPhilly.com.

NEXT: Five goes into one: Our Lady of Hope showing value of regional schools