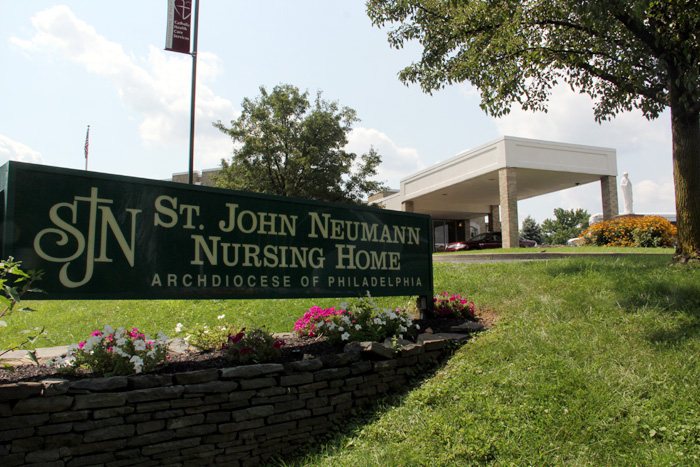 St. John Neumann Nursing Home, on Roosevelt Blvd. in Northeast Philadelphia, is among the archdiocesan nursing facilities to be marketed for sale. (Sarah Webb) 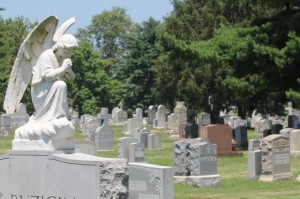 The Archdiocese of Philadelphia, as part of its ongoing effort to achieve financial stability, intends to market six nursing homes and one assisted-living facility for possible sale, it was announced Aug. 20. The consulting firm KPMG is helping the Archdiocese assess potential offers for the facilities.

The archdiocese will also seek to outsource management or lease the 11 active archdiocesan cemeteries and two cemetery sites reserved for future use.

According to the archdiocesan Catholic Health Care Services’ annual report, the nursing homes had an operating deficit of $1,420,705 in the fiscal year ending 2012.

The Catholic Cemeteries Office showed about a $5 million decrease in net assets for the year, according to its audited financial statement.

(See all the audited financial statements of the archdiocese for the 2011-2012 fiscal year here.)

“Our difficult financial situation,” Archbishop Chaput said in a statement, “must be addressed and the actions that we need to take may be painful ones. I understand this fact fully, but it is of critical importance that we rebuild our financial foundations so that we can continue our collective good works.”

Not listed for sale was St. John Vianney Center, Downingtown, a treatment facility for priests and religious, and Villa St. Joseph, the residence for retired priests.

Catholic Health Care Services is the seventh largest faith-based provider of skilled nursing in the country. It has a total occupancy of just over 1,400 beds, and the system employs approximately 1,100 full-time and 950 part-time employees.

A condition of potential sale would be the retention of all current nursing home residents regardless of their payment status. Also, according to a statement by the archdiocese, “every effort will be made to ensure continued employment for all those currently working within the system.”

In the case of the Catholic cemeteries, while outsourcing management and operations the Archdiocese will continue to own the cemeteries and ensure that they will be conducted in a manner consistent with Catholic values and the core mission of the Church, according to the statement.

“Every effort will also be made to ensure continued employment for those working within the system,” the archdiocese’s statement said.

Not affected are the 50 parish cemeteries in Philadelphia and the suburbs that are not owned or operated by the archdiocese.

Employees of both Catholic Health Care Services and the Catholic Cemeteries Office were notified of the plans earlier in the day. At this time no sales or leases have yet been made.

The new announcement concerning the nursing homes and cemeteries is in line with measures taken by Archbishop Chaput since his arrival in Philadelphia in 2011 to address the accumulated deficits built up over the previous decades.

This includes among others a 25 percent reduction in personnel at the central offices of the archdiocese, the sale of closed high school buildings at the former Cardinal Dougherty High School and Northeast Catholic High School, the sale of the archbishop’s residence in Philadelphia’s Overbrook section and the clergy summer home in Ventnor, N.J.

“None of the decisions I have made about our finances thus far were made lightly,” Archbishop Chaput said in the statement. “They have all come after much careful discernment and prayer as well as significant discussion and consultation. In the end, any final decisions about our nursing homes and cemeteries will be mine. They’ll be made with full and due considerations to the mission of our local Church and those who will be affected.”

NEXT: Haitian people buoyed by gifts in memory of Father Chuck Pfeffer