Basilica decree for church a ‘proud moment’ for Diocese of Raleigh 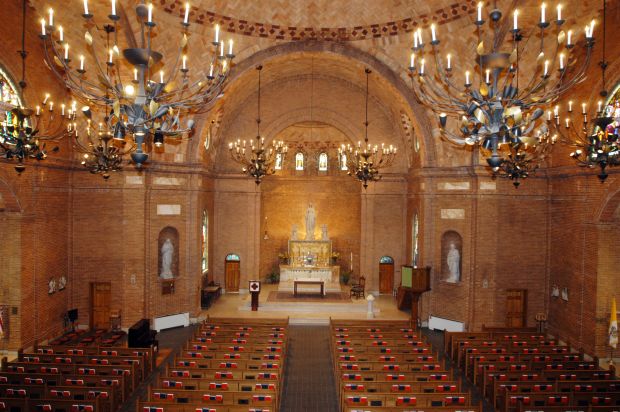 This is an undated interior view of St. Mary Catholic Church in Wilmington, N.C. (CNS photo/EWPhotography, courtesy Diocese of Raleigh)

WILMINGTON, N.C. (CNS) — The Vatican has recognized the history of St. Mary Catholic Church in Wilmington and its prominent place in the Catholic community and the wider community by designating it a basilica.

Raleigh Bishop Michael F. Burbidge announced that the church, dedicated in 1912 by Cardinal James Gibbons of Baltimore, will now have the title of the Basilica Shrine of St. Mary.

He received the decree from the Vatican Congregation of Divine Worship and Discipline of the Sacraments at the Vatican and told the parish community about it a letter read at Masses Aug. 3 and 4 at St. Mary. He called it “a great moment” for the diocese.

“The church was granted this designation because of its historical significance to the diocese and its worthiness of art and architecture,” Bishop Burbidge said in the letter.

“This designation also acknowledges the parishioners, who, over the past 100 years, have demonstrated a deep dedication to the church, her magisterium, to the Holy Father, and to the Catholic faith,” he added.

A church designated as a minor basilica must be a center of active and pastoral liturgy with a vibrant Catholic community and may have unique historical, artistic or religious importance.

Bishop Burbidge petitioned in 2012 for the Wilmington church to receive the title.

He will celebrate a noon Mass of thanksgiving at the newly designated basilica Sept. 8. 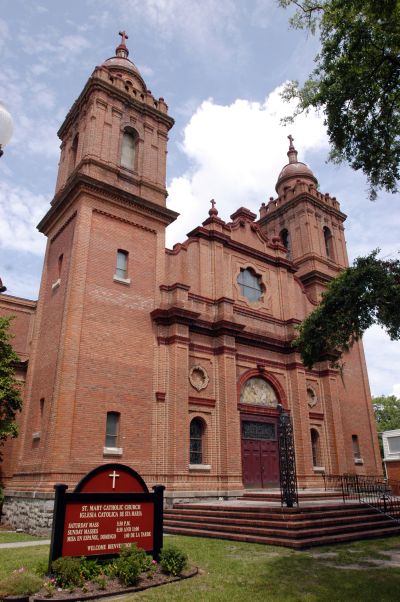 This is an undated exterior view of St. Mary Catholic Church in Wilmington, N.C. (CNS photo/EWPhotography, courtesy Diocese of Raleigh)

(North Carolina’s other Catholic diocese is Charlotte, established in 1972.)

In 1912, St. Mary Church had fewer than 100 families who belonged to the parish. Today, it is a multicultural parish with more than 2,300 families.

In 2005, now-retired Bishop F. Joseph Gossman of Raleigh established St. Mary Church as a diocesan shrine, designating it as a place of pilgrimage for devotions to Mary.

In the past eight years, pilgrims from North Carolina and the southeastern United States have visited the church.

Fashioned in the Spanish Baroque style, its features include a central dome, as well as twin towers, with each tower capped by a cupola. The church seats 485 people. In addition to the main altar, it has two other altars, dedicated to St Anthony and to the Sacred Heart.

In 1974, the church was listed in the National Register of Historic Places. In 1994, it was recognized by the American Institute of Architecture and Religious Art. In 2005, the city of Wilmington named the church a local historic site.